As people queued for Hermann Nitsch's 150.Action, part of the Hobart-based MONA Museum’s Dark Mofo festival on 17 June, a group of 50 animal rights activists held a peaceful protest outside the venue.

With a large line of attendees starting to snake its way into the security screening area, protestors offered up alternatives, “why not go to the beach instead” said one protestor, “visit an animal sanctuary”, said another.

But this audience was not interested, they were here for the challenging art experiences that have helped put the privately-owned-museum and its festival offshoot on the map. 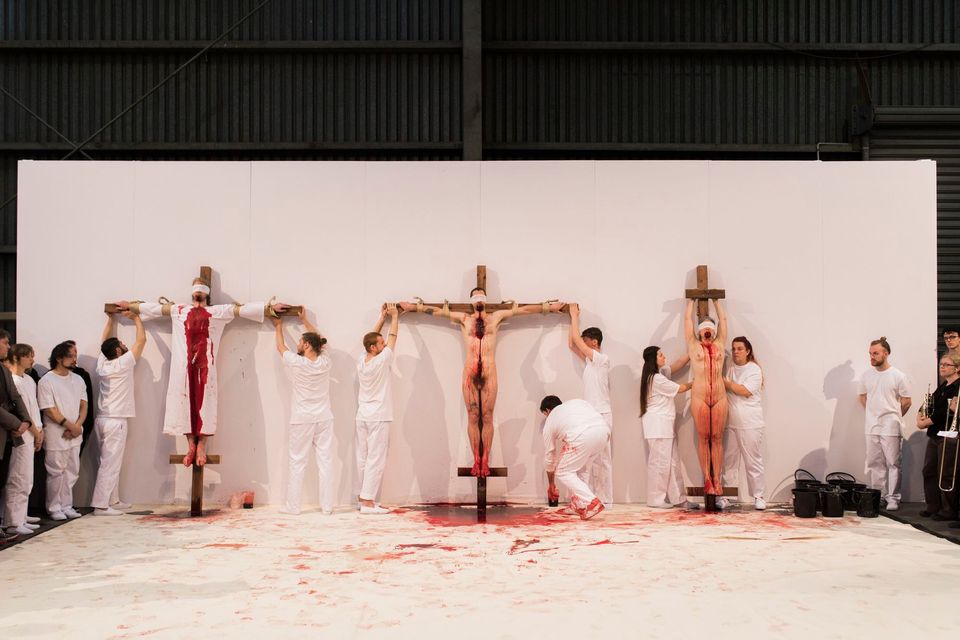 “Asking people to push themselves out of their comfort zone is core to our ethos,” said Dark Mofo's artistic director, Leigh Carmichael.

The protests, that started in response to the announcement of "a bloody, sacrificial ritual performed by the patriarch of Viennese Actionism,” gained momentum in the lead up to the event. Over 22,000 people signed an online petition, and at one stage the festival cancelled tickets after a plot to disrupt the performance was discovered.

In five short years, Dark Mofo festival, has turned winter, once the quietest time of the year, into a peak tourist season. But in programming 150.Action, had Carmichael gone too far this time?

Nitsch is no stranger to controversy. In 1988, on his first visit to Australia, Police seized video tapes from his exhibition of blood paintings at the seventh Sydney Biennale.

Surprisingly, Nitsch shares the views of the animal rights activists that decry him, “I show with my work, what we are doing against the animals. That’s the great misunderstanding,” Nitsch said ahead of the performance in Tasmania.

Once known as Australia’s most conservative state, 150.Action was going to be a test of Tasmania’s willingness to embrace its new identity as a world-leading, risk-taking, artistic hotspot.

Around 2,650 people registered their interest in 150.Action and approximately 900 tickets were issued on the day. Prior to Hobart, the largest audience for the Austrian artist was in 1988, when 800 people attended a six-day-action held at Nitsch’s private castle, Prinzendorf in Lower Austria.

Seventy-eight-year-old Nitsch did not take part in 150.Action, instead he presided over the performance, which took place on a tennis-court-sized white canvas floor in a disused warehouse. Nitsch’s long-term accomplice Leo Kopp, directed, while his assistant Joseph Smutny, led 30 performers through a physically gruelling, blood-covered performance accompanied by a score composed by Nitsch, and a 20-piece brass band. 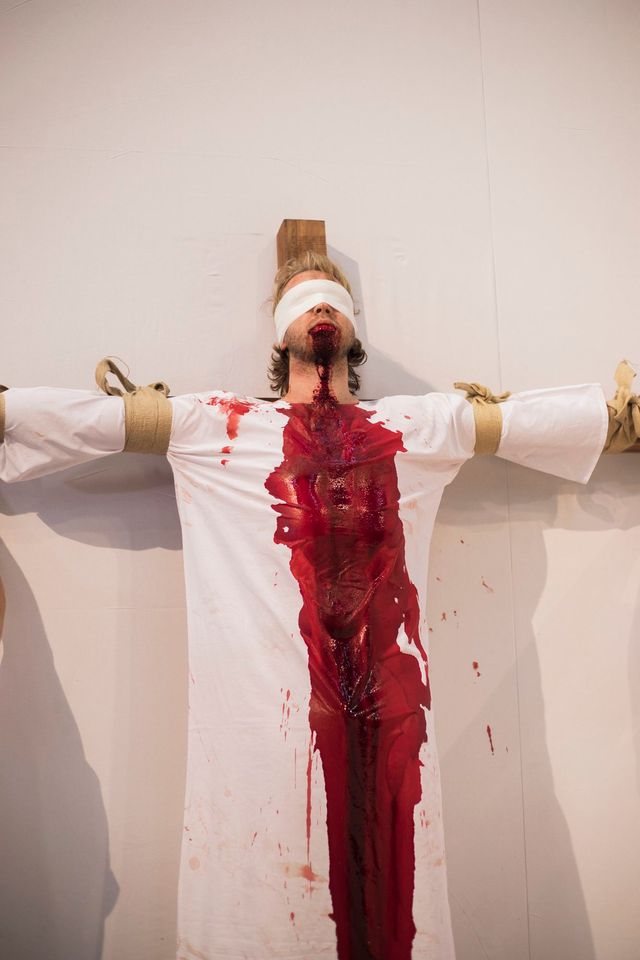 Throughout the three-hour “action”, performers, some dressed in tunics, others naked, but all blindfolded, were strapped to crosses and forced to drink blood, water and milk. In the second hour the bull carcass appeared, more mock-crucifixions took place, before the carcass was hoisted on a gallows-like structure and lead around the room. Eventually, the carcass was lowered to the ground and covered with fruit and entrails.

As 150.Action reached its bloody climax, performers scrapped it out over the carcass. As organs, flesh and fruit tumbled out of the scrum, participants hurled them back in, as blood was thrown over them for dramatic affect. 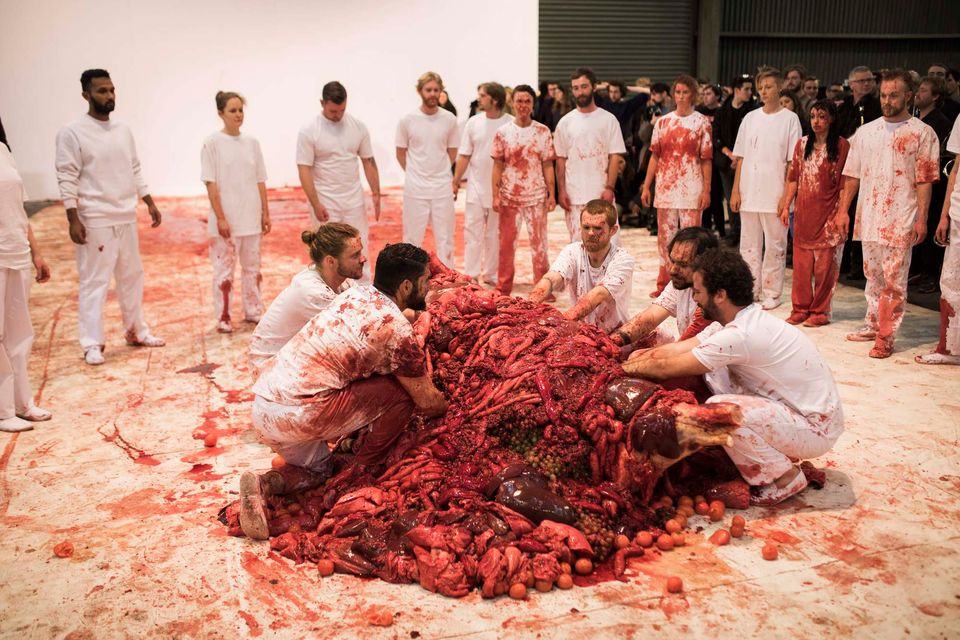 Unexpectedly, Nitsch stood up, raised his arms high above his head, and summoned the very last essence the participants could muster.

“Art is a concentration of being, of using all our senses,” said Nitsch, adding: “Intensity is everything.”