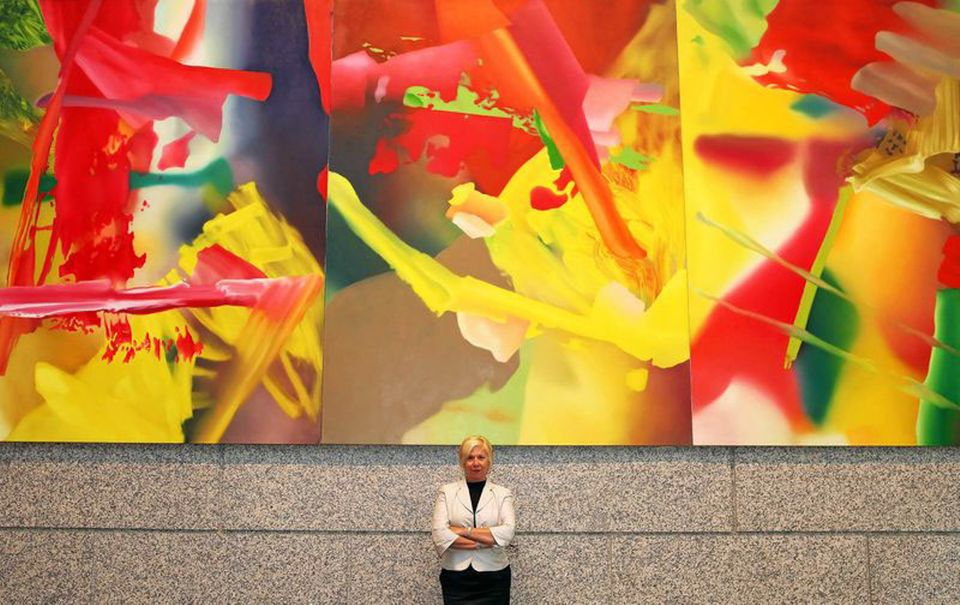 Deutsche Bank, which last year announced plans to cut 18,000 jobs, is scaling back its art-collecting activities and has sold some key works as wall space in its global premises declines.

The works sold include a vast Gerhard Richter triptych, Faust (1981), which hung in the lobby of the bank’s Wall Street tower. The bank is moving its New York headquarters to Columbus Circle in Midtown Manhattan and the new building has no lobby space for the work, which is one of Richter’s biggest paintings, says Friedhelm Hütte, who leads the company’s art programme worldwide.

The painting was sold in a private sale, Hütte says, following “an attractive offer from a serious collector”, although he declines to give a price. Other works to have been offered for sale in the past year include paintings by Erich Heckel, Max Pechstein, Emil Nolde and Ernst Wilhelm Nay. The sales were reported in December by the Süddeutsche Zeitung.

Deutsche Bank’s troubles date back to the sub-prime crisis of 2008. Since then, it has been fined for numerous regulatory infractions, including manipulation of the key Libor interest rate, misleading investors in its sale of US mortgage securities, and failing to prevent Russian money-laundering. Attempts to broker a merger with another German bank, Commerzbank, collapsed last year. The job cuts announced in 2019 amount to a fifth of its global workforce.

Hütte stresses that the bank is continuing to buy new works by emerging artists at fairs such as Frieze. “Deutsche Bank is sticking to its art collection and will continue to promote and collect contemporary art, albeit it to a lesser extent than before,” he says. “The bank traditionally sees its art holdings as a ‘breathing collection’. It will therefore continue to sell artworks [particularly paintings] in individual cases if they do not fit into the collection’s focus on contemporary drawing and photography.”

The size of the collection—still the largest corporate collection in Germany and one of the largest in the world—has now shrunk from a peak of 59,000 works to 55,000. Hütte says the total value of the collection is less than €500m, as the bank primarily buys new works by more affordable young artists. Its most valuable pieces—such as the Richter acquired 30 years ago—were purchased before their creators became art market stars.

The company’s financial woes have so far had no impact on its plans for Palais Populaire, a cultural forum in the centre of Berlin that Deutsche Bank opened in 2018, he says. On 21 March, it will open a loan exhibition of Christo and Jeanne-Claude to mark the 25th anniversary of the wrapping of the Reichstag.