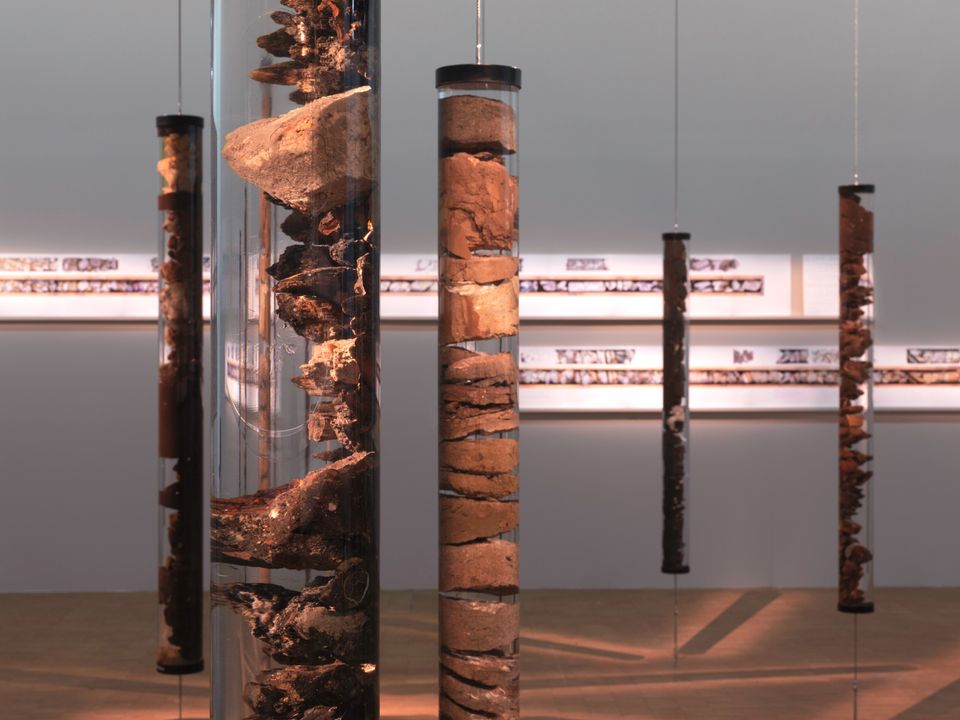 Joana Hadjithomas and Khalil Joreige from Beirut have been awarded the 2017 Prix Marcel Duchamp, France’s leading contemporary art prize, worth €35,000.

Their multi-disciplinary project, on show at the Centre Pompidou (until 8 January 2018), presents what they describe as a “conversation between historical territories” through columns of excavated stone from construction sites in Paris, Athens and Beirut.

“We want to go inside a forest of cores,” Hadjithomas, who worked with archaeologists and geologists, tells The Art Newspaper. The couple poured resin into the tubes of cores and used a machine to extract bubbles and gas. “The stone reacts to the resin because it is alive,” Hadjithomas adds. The project includes documentation on the walls about the various sites and a video. 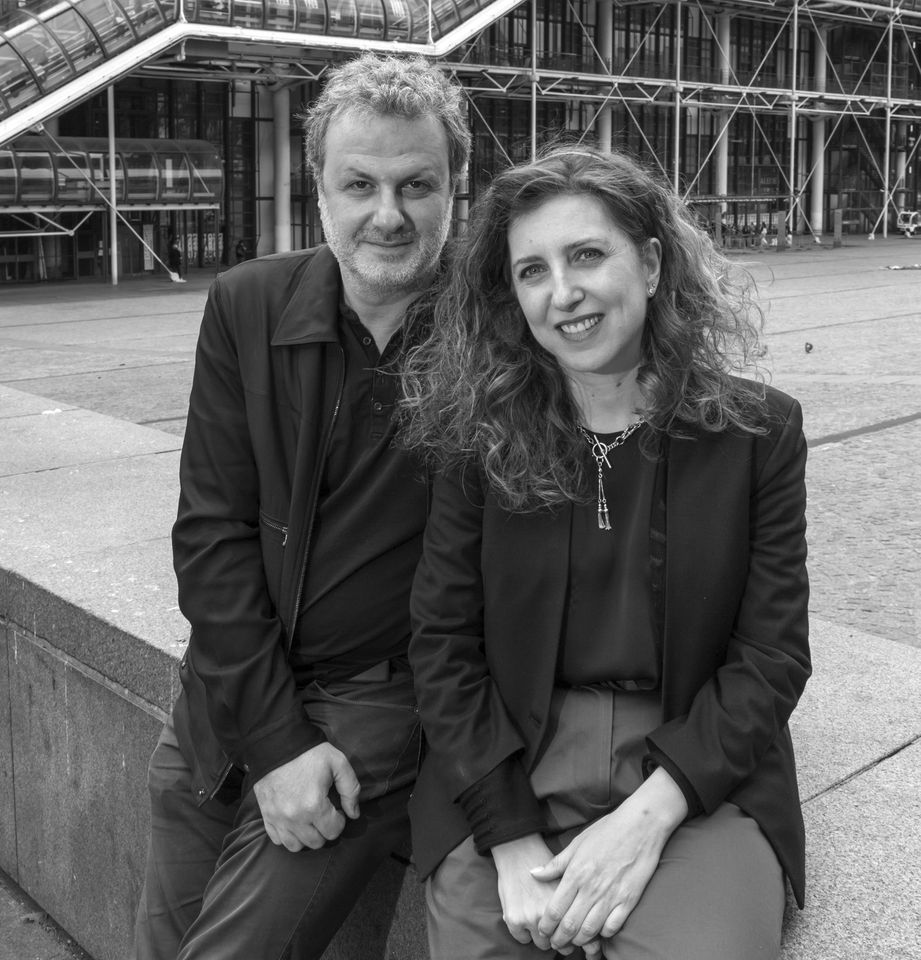 “The two artists have proposed an environment inscribed in our present time, touching on the memory of urban sites that they have excavated by cores, revealing the strata of their respective history,” says Bernard Blistène, the director of the Centre Pompidou and president of the jury.

This year, all four artists nominated for the prize, founded in 2000 by the Association for the International Diffusion of French Art (ADIAF), were born outside France but live in Paris.

The other nominated artists also reflect on the relationships between past and present, society and territory. The island-like installation by Maja Bajevic from Sarajevo, with light machines and coded messages about forgotten utopias, hints at a paradise lost while a television broadcasting propaganda footage from the Cold War era echoes today’s “fake news” era.

The UK artist Charlotte Moth has borrowed four dusty, plaster and marble sculptures from the City of Paris’s reserves and has reconfigured them in a fictional scenario. Meanwhile, in the Swiss artist Vittorio Santoro’s disquieting installation, a guillotine window looks onto a “sculptural situation” of a puzzle on the ground, a suspended plank of wood and a flag bearing aphorisms, evoking the nationalistic tensions in European politics.