The system of dividends is a way to address the "immense amounts of unpaid or underpaid labour" that support the art world, she says 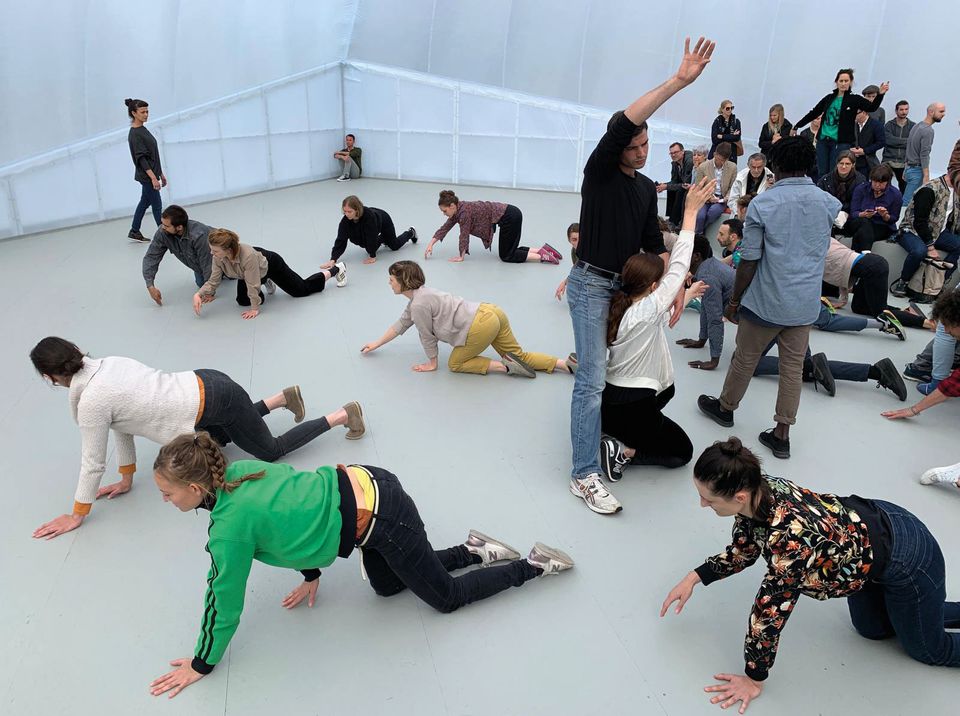 Alexandra Pirici's Aggregate being performed on the Messeplatz in front of Art Basel Photo: Joséphine Heard

With the support of Art Basel, the Romanian artist and choreographer Alexandra Pirici recruited and trained more than 60 local dancers to perform her sprawling live work Aggregate on the Messeplatz this week for four hours a day until Saturday. But she also demanded that the fair pay “dividends” to the 82 performers who first enacted the work for five days for her debut solo exhibition at the Berliner Kunstverein in August 2017.

The unusual funding arrangement is designed to compensate the Berlin dancers for the insufficient pay they received for the first iteration of the work and will be a “condition” for institutions wishing to stage further performances of Aggregate in the future, Pirici says.

It is also a way to address the art world’s tendency to exploit “immense amounts of unpaid or underpaid labour”, the artist says. “Unlike 99.9% of art events, exhibitions, institutions and contemporary art structures, we decided we were not going to sweep this debt under the rug.”

Pirici, who is not represented by a commercial gallery and is based in Bucharest, argues that it is impossible for artists and institutions working outside the usual “power and wealth networks” and with art forms that are not “easily saleable” to make ambitious work without “some form of debt”.

In practice, paying performers dividends is a “bureaucratic nightmare”. But Pirici says: “I believe it’s worth it, as we desperately need to practise new models of redistribution, accountability and agency—for a truly politically involved, fairer art environment.”