'A vast underwater museum': Greece plans to open shipwrecks and other submerged heritage sites for visitors to explore

Experienced divers and casual bathers alike will gain access to ancient marine monuments, which remain where they were found on the seabed 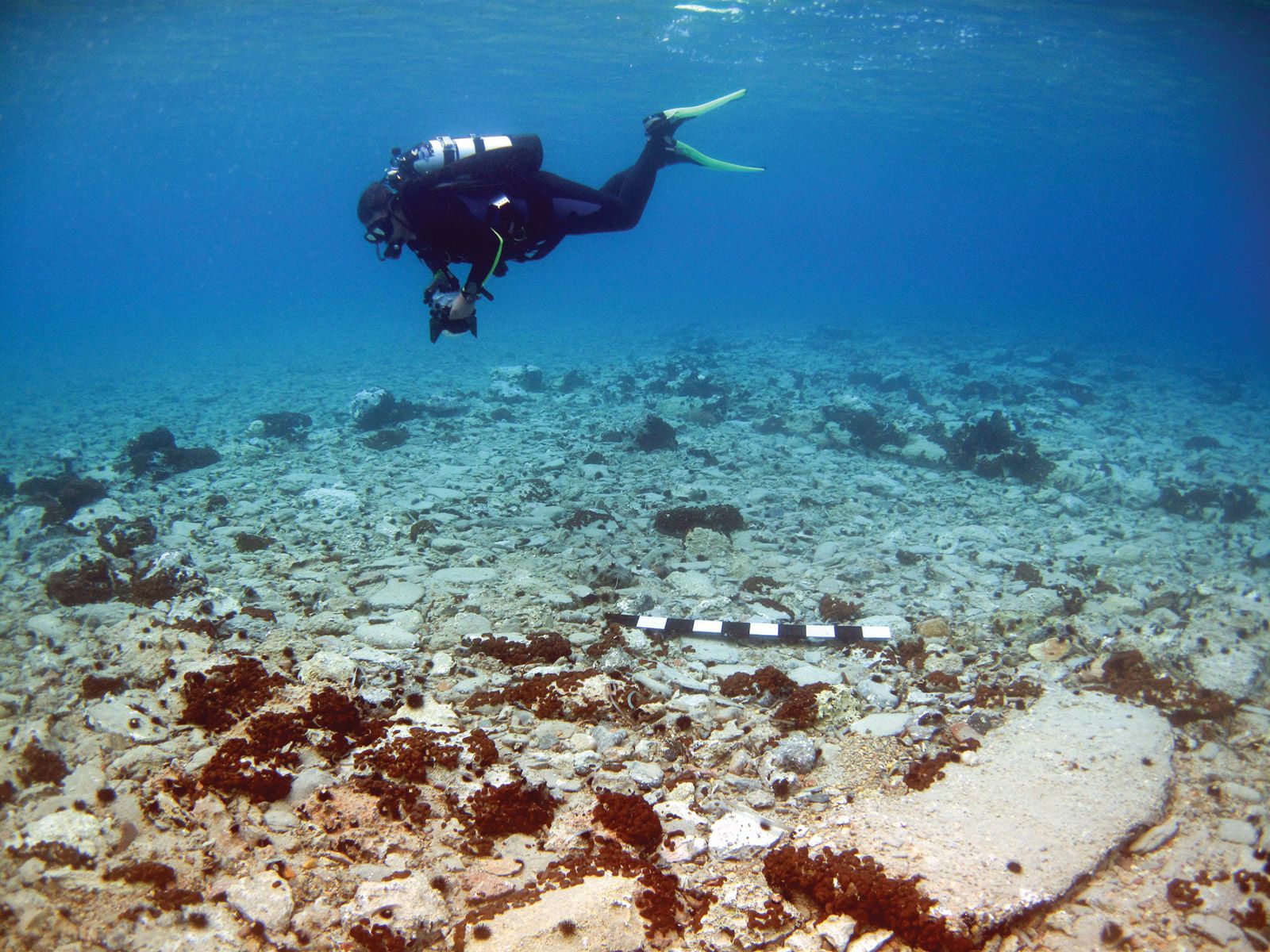 The prehistoric settlement of Pavlopetri, one of the world’s oldest submerged cities, will have underwater information panels and buoys on the sea surface to guide divers and bathers around the ruins Courtesy of the Hellenic Ministry of Culture and Sports/Ephorate of Underwater Antiquities

In March, the Greek Ministry of Culture and Sports announced plans to open 91 shipwrecks—dating from 1868 to 1970—for recreational diving, lifting prior restrictions in a bid to drive tourism. Culture minister Lina Mendoni described the Greek seabed as “the underwater ark of our history” and a catalyst for “the sustainable development of local communities”. The secretary general of culture George Didaskalou promised divers a “vast underwater museum” to explore.

The development of Greece’s underwater archaeological sites “aims to make marine monuments accessible to the public and to protect them more efficiently”, says Pari Kalamara, the director of the Ephorate of Underwater Antiquities, which was established by the Greek government in 1976 to detect, research and preserve the country’s underwater heritage.

Kalamara notes that the new initiative in fact dates back to 2005, when the first institutional framework for recreational diving was created in Greece. In 2012 and 2015, some underwater sites and their basic operating parameters were identified.

The visitor swims around the shipwreck, experiences its volume, and is directed by signs to individual points of interest relating to its cargo and by extension to the voyage of the ship Pari Kalamara, director, Ephorate of Underwater Antiquities

However, it was only during two months last summer that around 300 divers were able to visit the country’s first designated underwater museum, the shipwreck of Peristera near Alonissos island, which sank in around 425BC to 415BC. While the ship’s hull has not survived, the cargo of some 4,000 wine amphorae remains in situ, as it would have been loaded into the hold.

“The visitor swims around the shipwreck, experiences its volume, and is directed by signs to individual points of interest relating to its cargo and by extension to the voyage of the ship, but also to the systematic excavation,” Kalamara says. The Peristera is one of the most important underwater monuments anywhere, she suggests, because of its age, size and conservation status, but also thanks to the archaeological evidence and the special diving experience it offers.

This year, the wreck is set to welcome visitors over four months, from June to mid-October, and the site will be fully operational from spring 2023. By then, the Sporades archipelago and the western Pagasetic Gulf will have launched three more underwater archaeological sites, supported with €960,000 in regional development funding from the Greek government and the European Union.

Scuba divers and free divers will be able to discover a Roman shipwreck at Telegraphos, as well as the cargo of several ships and a series of mostly medieval anchors at Glaros. Divers and snorkellers will have access to the remains of a Byzantine wreck with pithoi, large ceramic storage containers, at Kikynthos.

Compared to underwater museums created elsewhere in the world with contemporary sculptures, Greek sites are unique for “their cultural merit; that is, the fact that they are authentic ancient monuments, which remain where they were found in the seabed”, Kalamara says. 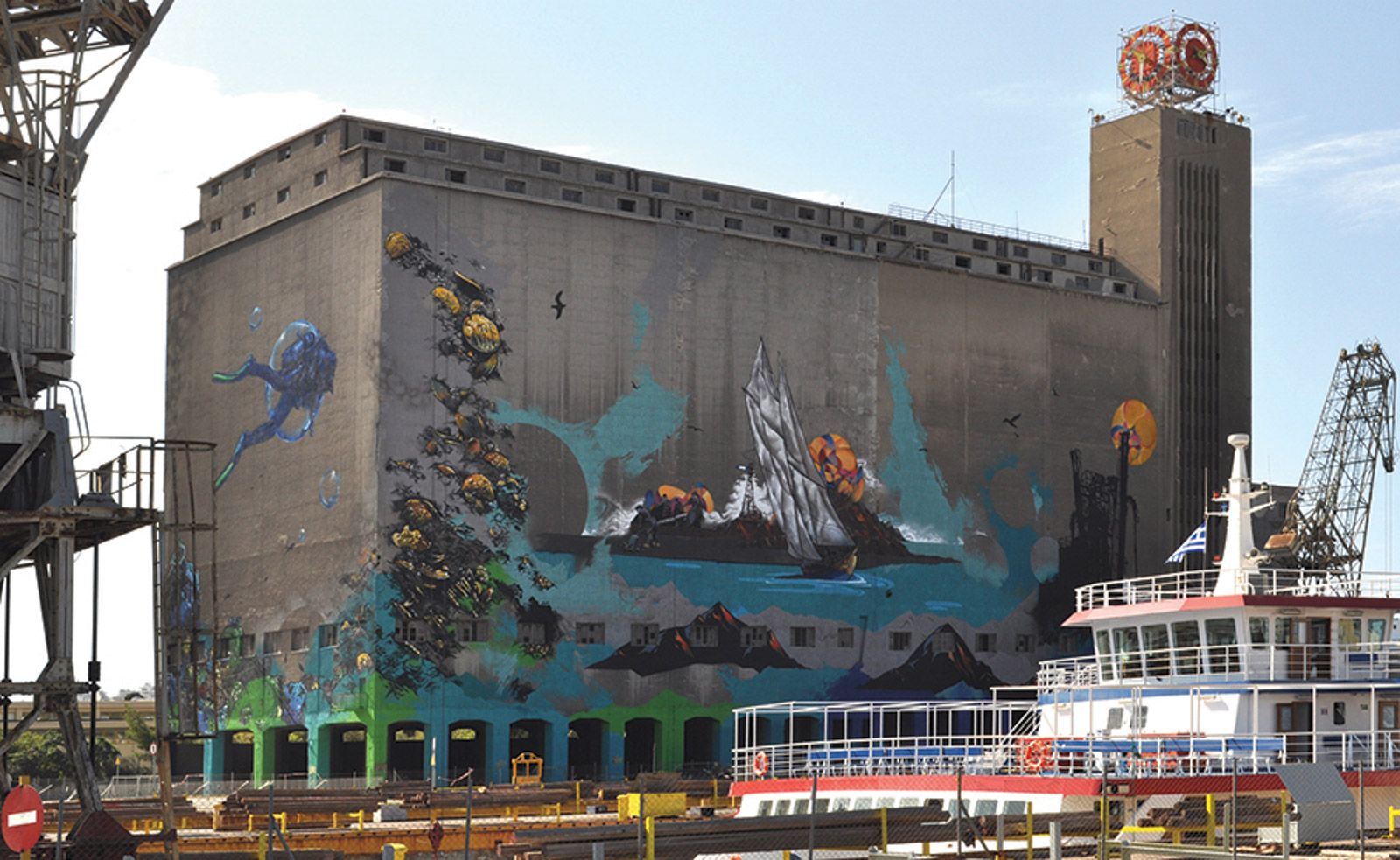 Not just for divers

But one does not have to be a diver to unlock the secrets of underwater heritage. Information centres at Alonissos and Amaliapoli on the Pagasetic Gulf already allow people to “dive” into nearby shipwrecks using digital technology.

The Ephorate also hopes to shed light on ancient monuments near the shore that were submerged due to geological shifts and rising sea levels. It is developing new underwater information panels and buoys on the sea surface to guide bathers around the prehistoric settlement of Pavlopetri and the Roman-Byzantine port of Kenchreai. A special glass-bottom boat, due in 2023, will be used for tours to the sunken late Roman villa of ancient Epidaurus; the visitor experience will be complemented by digital representations of the site.

And the long-awaited Piraeus Underwater Antiquities Museum seems to be getting back on track, with an estimated completion date of 2025. The museum at the port of Piraeus is expected to display more than 2,200 underwater finds, -recounting Greece’s seafaring past from prehistory to modern times.

The project had previously stalled when the museum’s venue, the iconic 1930s Silo building, was handed over to the private company that manages the port. But last December, the Museums Council, an advisory board of the culture ministry, approved the presentation of the museum’s exhibition design and content. Prime minister Kyriakos Mitsotakis recently announced that the museum will be funded through his government’s national pandemic recovery plan, known as “Greece 2.0”.

about 14 hours ago
'Musée d’Orsay can no longer be a tourist factory': Christophe Leribault named new director of Paris museum