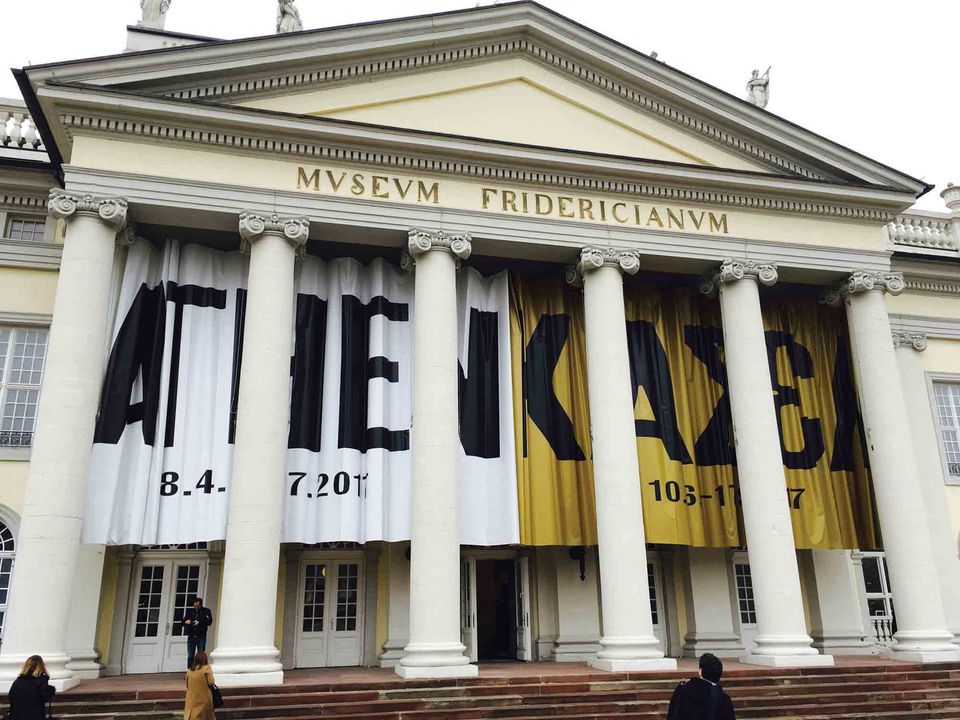 Artists participating in Documenta 14 have rallied round the exhibition's curatorial team following accusations that the show faces a huge financial deficit. The 14th edition, which closed on Sunday in Kassel (17 September), was overseen by the artistic director Adam Szymczyk. The mayor of Kassel, Christian Geselle, has meanwhile called for the event to be overhauled.

Last week, we reported that the company running the German quinquennial art exhibition faces a reported deficit of €7m and is seeking help from the state of Hesse and the city of Kassel. The local Hessische/Niedersächsische Allgemeine newspaper (HNA) said that the cost overruns for the current edition on a budget of €37m were partly owing to miscalculations by the management team.

For the first time, this year’s exhibition was split between two locations: Kassel and Athens (where the show ran until 16 July). The HNA also reported that Hesse and Kassel had each agreed to take over loan guarantees of €3.5m.

More than 200 artists, including Nairy Baghramian and Nikhil Chopra, have subsequently backed the curatorial team in an open letter. “Criticisms of Documenta 14 have been expanded to suggest that a deficit in the operating budget is primarily due to the Athenian chapter of Documenta. We are concerned about this urge to put ticket sales above art,” the letter says.

“We applaud the decision by Documenta 14 not to charge ticket prices in Athens [though individual venues charged their regular entry fees]. We feel that casting a false shadow of criticism and scandal over Documenta 14 does a disservice to the work that the artistic director and his team have put into this exhibition. Shaming through debt is an ancient financial warfare technique.”

Geselle’s intervention is also key. “The exhibition, which was launched six decades ago by Arnold Bode, has reached its limit both financially and organisationally,” he said in a statement posted on the Kassel city council website.

“We must maintain the worldwide standing of the exhibition in the long term,” Geselle said, stressing that the “freedom of the artistic director is a valuable asset”.

Meanwhile, in another open letter published on 14 September, 20 members of the Documenta team, including Szymczyk, said that they had read with “astonishment” the articles published in the HNA.

The budget and structural funding has not substantially changed since 2012, the signatories say. “Save for one budget adjustment… no additional funds were considered necessary to cover the costs of staging the exhibition in two cities over a total of 163 days of the exhibition—one entire city and 63 days more than any previous Documenta.”

The crisis should prompt debate about “the value production regime of mega-exhibitions such as Documenta”, the letter adds.