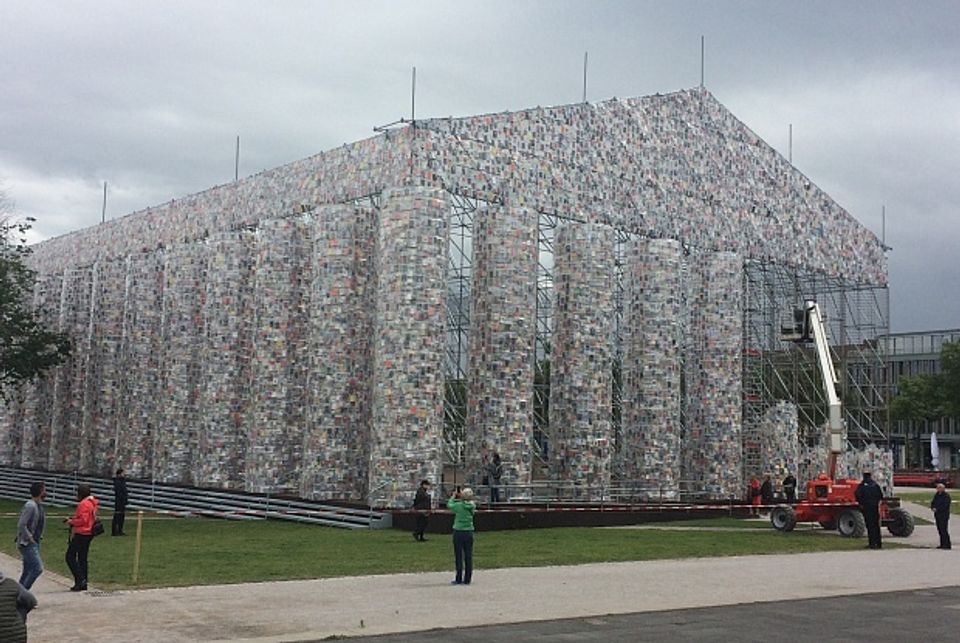 The company that runs Germany’s Documenta art exhibition faces a reported deficit of €7m and is seeking help from the state of Hesse and the city of Kassel, where the event takes place.

The local Hessische/Niedersächsische Allgemeine newspaper said Hesse and Kassel had each agreed to take over loan guarantees of €3.5m. A spokeswoman for the city of Kassel said she could not confirm the figures, and that a firm of accountants would examine Documenta’s ledgers before the full details are disclosed.

Christian Geselle, the mayor of Kassel, said he was informed about the shortfalls on Monday, 28 August and immediately called a meeting of the supervisory board that Wednesday. “Documenta is inextricably linked with Kassel,” he said. “We want Documenta to continue in Kassel as a world-ranking exhibition of contemporary art.”

The local newspaper said the cost overruns for the current edition of Documenta were partly owing to miscalculations by the management team. For the first time, this year’s exhibition was split between two locations—Kassel and Athens—where the show ran until 16 July. Electricity bills in Athens were extortionately high because of the cost of air-conditioning due to outside temperatures of 40 degrees centigrade, the paper said. Transporting art between the two venues was also very expensive.

Geselle said Documenta has sufficient liquidity to keep the current exhibition open until its scheduled closing date on 17 September. “As shareholders, the city of Kassel and the State of Hesse have agreed that the company’s liquidity must be secured beyond that.”

The exhibition has been held every five years since 1955. The 14th edition opened in Kassel on 19 June.