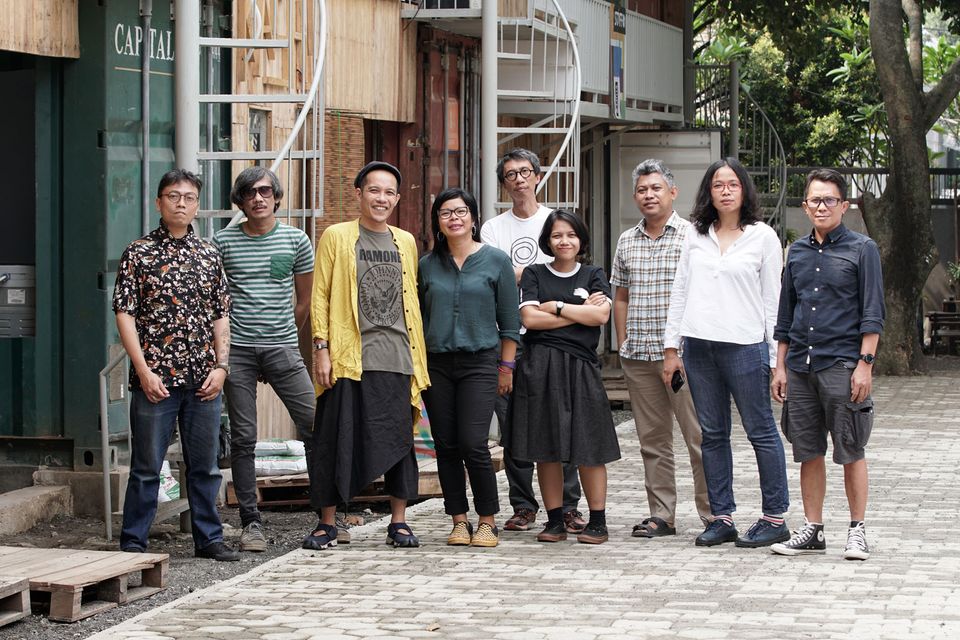 Ruangrupa, an Indonesian artists’ cooperative with ten members and a focus on contemporary urban issues and global collaboration, has been appointed to curate the 15th edition of Documenta (8 June-25 September 2022), the sprawling art exhibition that takes place in the German city of Kassel every five years.

Founded in 2000, Ruangrupa is made up of artists who met as students at the Jakarta art academy in the 1990s. The collective runs an art space in southern Jakarta and stages exhibitions and festivals as well as producing publications and radio. Previous exhibitions in which it has taken part include the 2018 Gwangju Biennale and Cosmopolis at the Centre Pompidou in Paris. The group also contributed an internet radio station to the 2017 Documenta.

“We have appointed Ruangrupa because they have demonstrated the ability to appeal to various communities, including groups that go beyond pure art audiences, and to promote local commitment and participation,” said Elvira Dyangani Ose and Philippe Pirotte, two of the eight members of the selection committee, at a press conference today.

The committee, whose members also included Gabi Ngcobo, the curator of last year’s Berlin Biennale, and Frances Morris, the director of Tate Modern, agreed unanimously on their selection and will continue to advise Ruangrupa on preparations for the 2022 show. Pirotte praised the group’s “uncomplicated stance and abundant humour.”

Ruangrupa members Farid Rakun and Ade Darmawan said at the press conference that they plan to work with the Kassel community and one of their first tasks will be to find a local partner. Their concept also includes collaborating with technologists and economists to focus on current issues such as alternative education and regenerative economic models. In Jakarta, the group last year established a project called Gudskul—a public learning space designed to expand understanding of collective values such as equality, solidarity and friendship.

“We want to create a globally oriented, cooperative, interdisciplinary art and culture platform that will have an impact beyond the 100 days of Documenta 15,” Rakun and Darmawan said. “If Documenta was launched in 1955 to heal war wounds, why shouldn’t we focus Documenta 15 on today’s injuries, especially ones rooted in colonialism, capitalism, or patriarchal structures, and contrast them with partnership-based models that enable people to have a different view of the world.”

Rakun and Darmawan said the show will be focussed on Kassel, though it may include links with other sites. The 2017 edition of Documenta, curated by Adam Szymczyk, for the first time, split the event between two locations, Kassel and Athens. Overspending in Athens caused a budget deficit of €7.6 m and forced the shareholders—the city of Kassel and the state of Hesse—to step in with emergency loan guarantees.

Szymczyk complained that the €37 m budget allocated for Documenta in 2017 – of which half had to come from sponsors and sales of tickets and merchandise – was inadequate, and that Kassel’s infrastructure was unable to cope with increasing visitor numbers. The 2017 edition drew a record 891,500 visitors in Kassel and 330,000 in Athens.

The shareholders have agreed to beef up the budget for the next edition, “with an eye on artistic needs as well as general increases in costs and greater demands in terms of security, sustainability and visitor services.”

“We have not had an easy time over the past year and a half,” Christian Geselle, the mayor of Kassel, said at today’s press conference. “But after all these negative headlines, we have a bright future ahead. We have created a financial structure that will allow the focus to be on the art. Documenta is constantly reinventing itself. It is always a kaleidoscope of what is being debated in society.”

UPDATE: This article was updated to include additional comment from the press conference