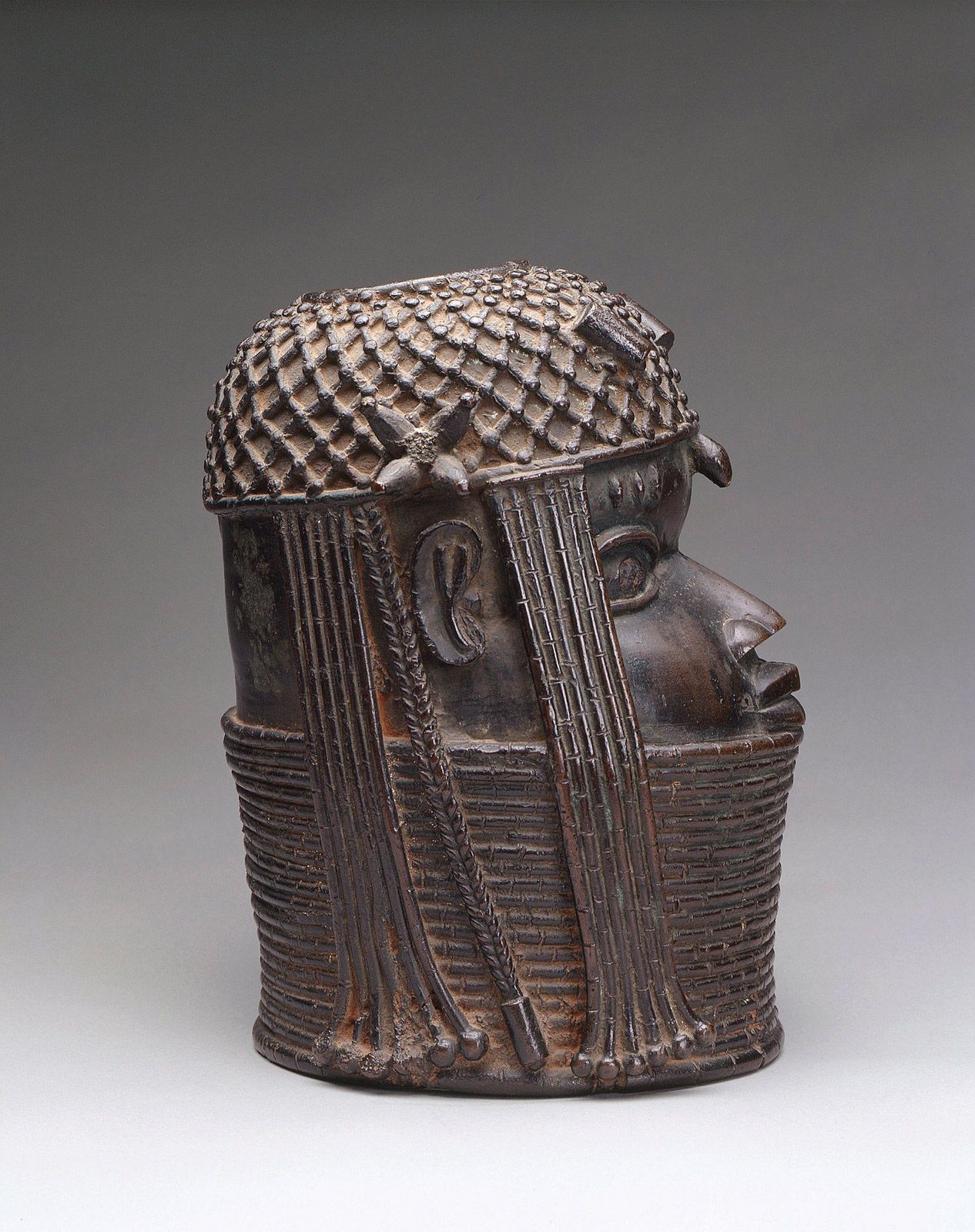 The Benin head of an oba, around 1650, was looted twice Royal Collection Trust © Her Majesty Queen Elizabeth II 2021

The UK’s Royal Collection is unwilling to comment on any plans to offer the Queen’s Benin bronze to the Edo Museum of West African art in Nigeria, due to open in 2025. Most major European institutions with Benin objects, including Berlin museums and the British Museum, have stated their willingness to return at least some of their material to Benin City—either by restitution or loan. Last week the Metropolitan Museum of Art in New York also said it would return two bronzes.

Until March this year the trust was chaired by the Prince of Wales, with the post passing on his resignation to fellow trustee and banker James Leigh-Pemberton. The Royal Collection, a registered charity, is a private collection held in trust by the monarch for their successors and the nation.

The Queen’s Benin head of an oba (ruler) has an extraordinary story, having been looted twice. In 1897 it was seized by the British punitive expedition in Benin and acquired by an unidentified officer. Between 1946 and 1957 it came onto the London art market and was bought by the colonial government for Nigeria’s planned national museum.

Our subsequent investigations revealed how it made its second journey to London in 1973. This only emerged in 2002, when the bronze appeared in an exhibition in Buckingham Palace of gifts to the Queen. Until then the head had been kept on a shelf in the Royal Library at Windsor Castle, along with curios such as a fragment of the Berlin Wall.

In the Buckingham Palace display it was labelled as a “modern replica”, presented to the Queen by the Nigerian president General Yakubu Gowon in June 1973. But it appeared to be a fine bronze and looked old. The Art Newspaper therefore wondered whether it might possibly be an original.

“The bronze which Gowon gave the Queen on his state visit was a 16th-century piece worth up to £30,000 on the market. It was in the Lagos Museum up to a few days before Gowon left for the UK when, realising he had to come bearing a suitable gift, he sent to the museum and said ‘I’ll have that one’.”

In a spirit of openness, the Royal Collection invited us to inspect the bronze after the exhibition, along with John Picton, a West African specialist. He deemed it to be an original, dating from around 1600 (the date has since been adjusted to 1650).

Our further inquiries revealed the disturbing story of the 1973 acquisition. General Gowon personally telephoned Ekpo Eyo, the director of the Nigerian National Museum, at home, saying that he wanted a gift for the Queen (partly to express his gratitude for UK support during the 1967-70 Biafra civil war). The horrified museum director was instructed to open the building, so that Gowon could come and choose one.

Diplomatic protocol required that the Queen should accept the gift. This would have been eased if her entourage regarded it as a replica, not an antiquity seized from Nigeria’s leading museum and exported without the required antiquities licence. It must therefore have been tempting to regard it as modern.

However, the Foreign and Commonwealth Office was well aware of the true situation. A year later, an official noted on 11 December 1974: “The bronze which Gowon gave the Queen on his state visit was a 16th-century piece worth up to £30,000 on the market. It was in the Lagos Museum up to a few days before Gowon left for the UK when, realising he had to come bearing a suitable gift, he sent to the museum and said ‘I’ll have that one’.”

The British Museum was also aware, according to a 1976 Foreign and Commonwealth Office document. Malcolm McLeod, the museum’s keeper of ethnography, warned the government that Nigerian politicians were “plundering their own collection”. McLeod told them that “General Gowon gave the Queen one of their Benin bronzes last year, an item which was well known to the [British] Museum”.

After the Royal Collection was eventually advised in 2002 by Picton that the bronze is indeed authentic, it was put on public display in Windsor Castle, this time in the grand vestibule. But with the creation of a new museum in Benin City, it is arguable that the Queen should return the gift.