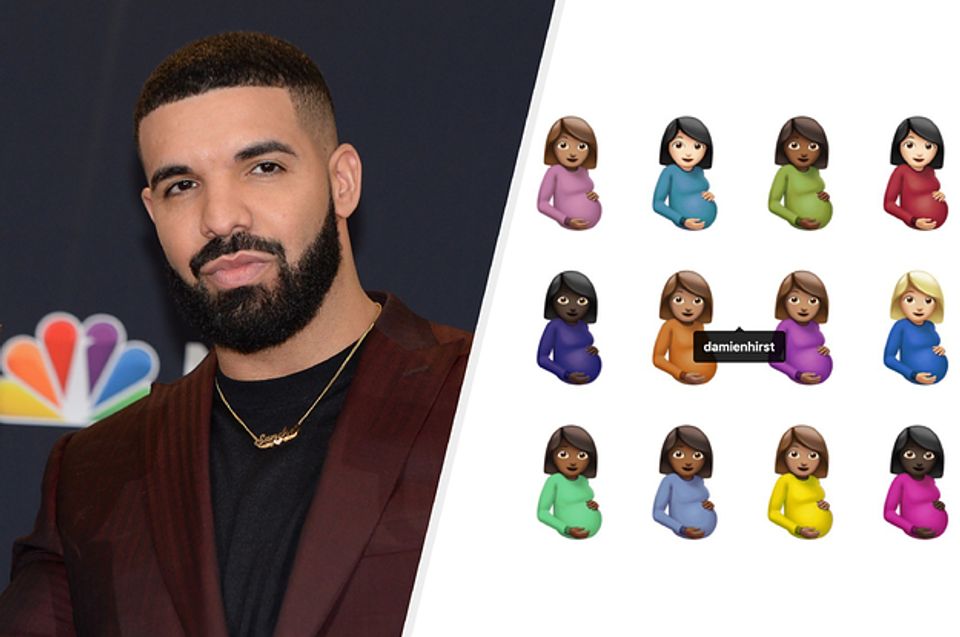 Musicians Drake and Kanye West are giving Damien Hirst plenty of publicity on social media by uploading posts of the ubiquitous UK artist’s most recent and earlier works. Drake made waves yesterday with an image on Instagram tagged to Hirst showing 12 apple Colour Emojis of pregnant woman in various skin tones. The caption reads “Certified Lover Boy September 3”, referring to Drake’s sixth studio album. Hirst’s company, Science Ltd., had not responded to a request for comment at the time of writing.

A post on the official @drakerelated account meanwhile says “1 of 2 by Damien Hirst”, suggesting an alternative design for the album cover. The Hirst work provoked a range of other responses on social media; for instance, the writer and art historian Ferren Gipson did a deep dive into album covers created by artists including Kara Walker’s illustration for Arto Lindsay’s Salt (2004), prompting one contributor to highlight that “there’s not a redhead” amongst Hirst’s women emojis. Other online posts called the work “lazy” and “corny”.

You know I can't resist a bit of art and pop culture, so here we go. Since people will be talking about @Drake's 'Certified Lover Boy' album cover by Damien Hirst (pictured), let's look at some other times artists created album covers... pic.twitter.com/yJUvXXTkJ3

Some commentators on social media drew parallels with the proposed new album cover and Hirst’s other works such as the Virgin Mother sculpture (2005) which was shown at Yorkshire Sculpture Park, UK, in 2019. Drake has also posted several pictures on Instagram stories over the last day showing Hirst standing alongside one of his famous spot paintings.

Hirst is seemingly the singers’ artist of choice. Last month, the UK tabloid newspaper The Sun reported that West had previously bought The Incomplete Truth by Hirst which was previously owned by the late musician George Michael. 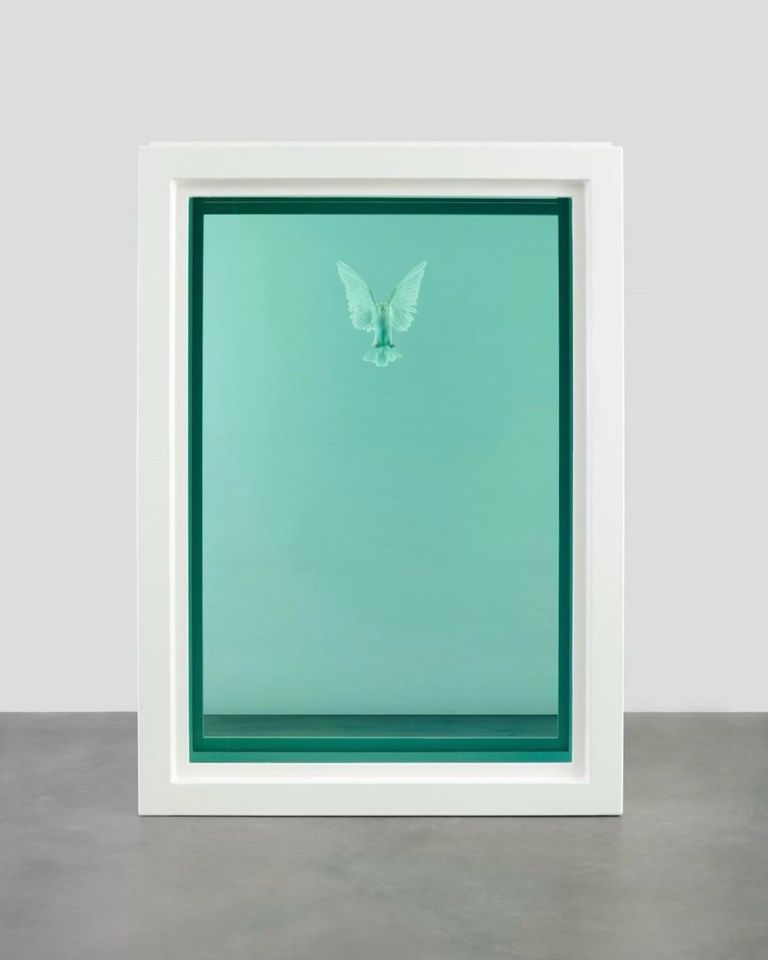 Kanye West posted, and then deleted, an image of Damien Hirst's The Incomplete Truth on Instagram

The Wham! singer purchased the piece, which shows a dove suspended in formaldehyde, in 2007. Following his death in 2016, the work was sold at Christie’s in 2019 for £911,250 (with buyer’s fees). West did not respond to a request for comment.

West posted an image of The Incomplete Truth earlier this month on Instagram but the work has since been deleted. The move prompted speculation that the piece would feature on the cover of the rap star’s new album Donda though the cover work turned out to be a black square.

One commentator on Twitter points meanwhile to the next stage in this art/music crossover, asking “which one of you [Drake or Kanye West] will be the first to reap the rewards of the NFT market”.