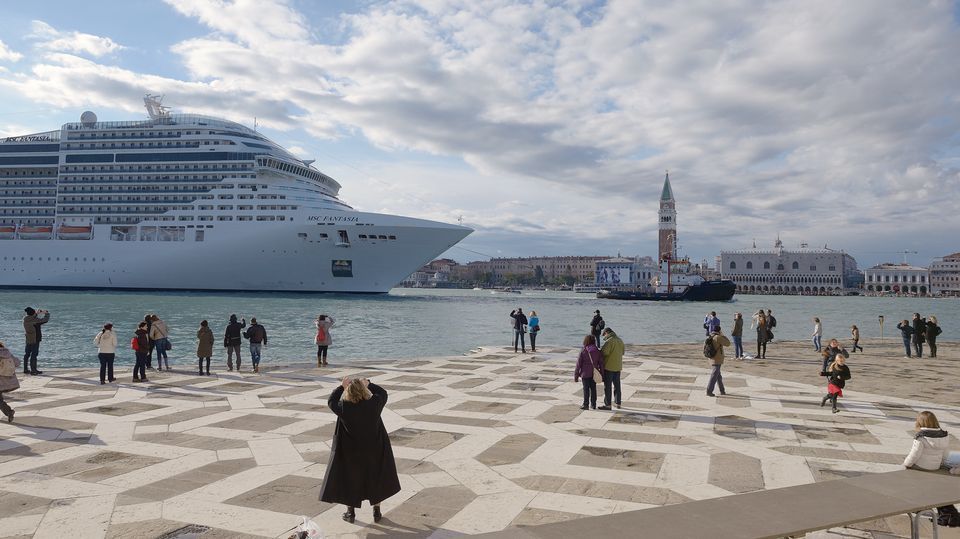 The attempt made by the Unesco World Heritage Committee at their current meeting in Baku, Azerbaijan, to pass over the subject of Venice and its problems in silence and permit a damaging decision regarding cruise ships and the city was challenged by the influential lobby group Europa Nostra.

Europa Nostra's secretary general, Sneška Quaedvlieg-Mihailović, made a speech from the floor on 4 July in which she denounced the committee’s support for the continued passage of cruise ships through the lagoon, which contradicted its own recommendation of 2014 that all big ships be excluded.

“Regrettably, the committee has today endorsed an alternative route [to sailing through the city] that will keep the cruise ships within the lagoon. This route is promoted by the City of Venice with the support of the cruise industry," she said. "I am sure you will all agree that the role of Unesco is to preserve world heritage and not to give its support to the cruise industry.”

Quaedvlieg-Mihailović went on to say that the World Heritage Committee should not be giving its blessing to a plan for which the Italian government has not yet commissioned the necessary environmental and heritage impact assessments. In addition, various alternatives were still under discussion by the Italian government, including the recommendation by Danilo Toninelli, the minister of infrastructure and transport, to re-route the cruise ships outside the lagoon.

She hoped that the World Heritage Committee would avoid making “such a grave mistake” by modifying its decision, which was in fact a stitch-up. It had already been approved, according to the committee’s rule, that anything not debated by the delegates automatically passes—but no debate had been scheduled.

The decision favours the financial interests of the port in Venice and its management company, dominated by shareholders which are cruise-ship companies, supported by the pro-business mayor of Venice, Luigi Brugnaro and the powerful minister of the interior Matteo Salvini.

It involves bringing the ships into Venice by the central lagoon instead of through the city by deep-dredging a disused channel, the Vittorio Emanuel III. But there is good scientific evidence that this would cause further erosion of the lagoon, which is already severely damaged by a deep channel dredged in the 1950s and 60s to allow the entry of oil tankers.

Perhaps even more importantly, it would perpetuate the presence of big ships inside the lagoon. These boats are the reason why it is planned that the mobile barriers under construction between the sea and the lagoon will not close until the water level rises to the 110cm in order to allow the ships maximum access—but sacrificing St Mark’s Square and the magnificent basilica, which flood at 85cm.

Quaedvlieg-Mihailović ended her speech with an appeal for the World Heritage Committee to put Venice on its endangered list, as Europa Nostra already did in 2016. “This is not to punish Italy,” she said, “but to help and support it adopt the right measures to preserve Venice and its lagoon for future generations. We are fully confident that with the combined efforts of Italy, Unesco and all relevant stakeholders, as well as the possible help of the European Union, this can be achieved”.

The chair of the committee reacted with the response: “Thank you and let’s move onto the next item on the agenda.” A seasoned observer, who was present but preferred not to be named, told The Art Newspaper that the World Heritage Committee had degenerated into a diplomatic ballet, in which countries jostled for advantages, either in terms of their profile or to obtain approval for development projects, that have nothing to do with the conservation of their cultural or natural heritage—as in the case of Venice.

But the committee is increasingly under scrutiny by non-governmental organisations and journalists and may find that its cosy stitch-ups will be harder to perpetrate that in the past.