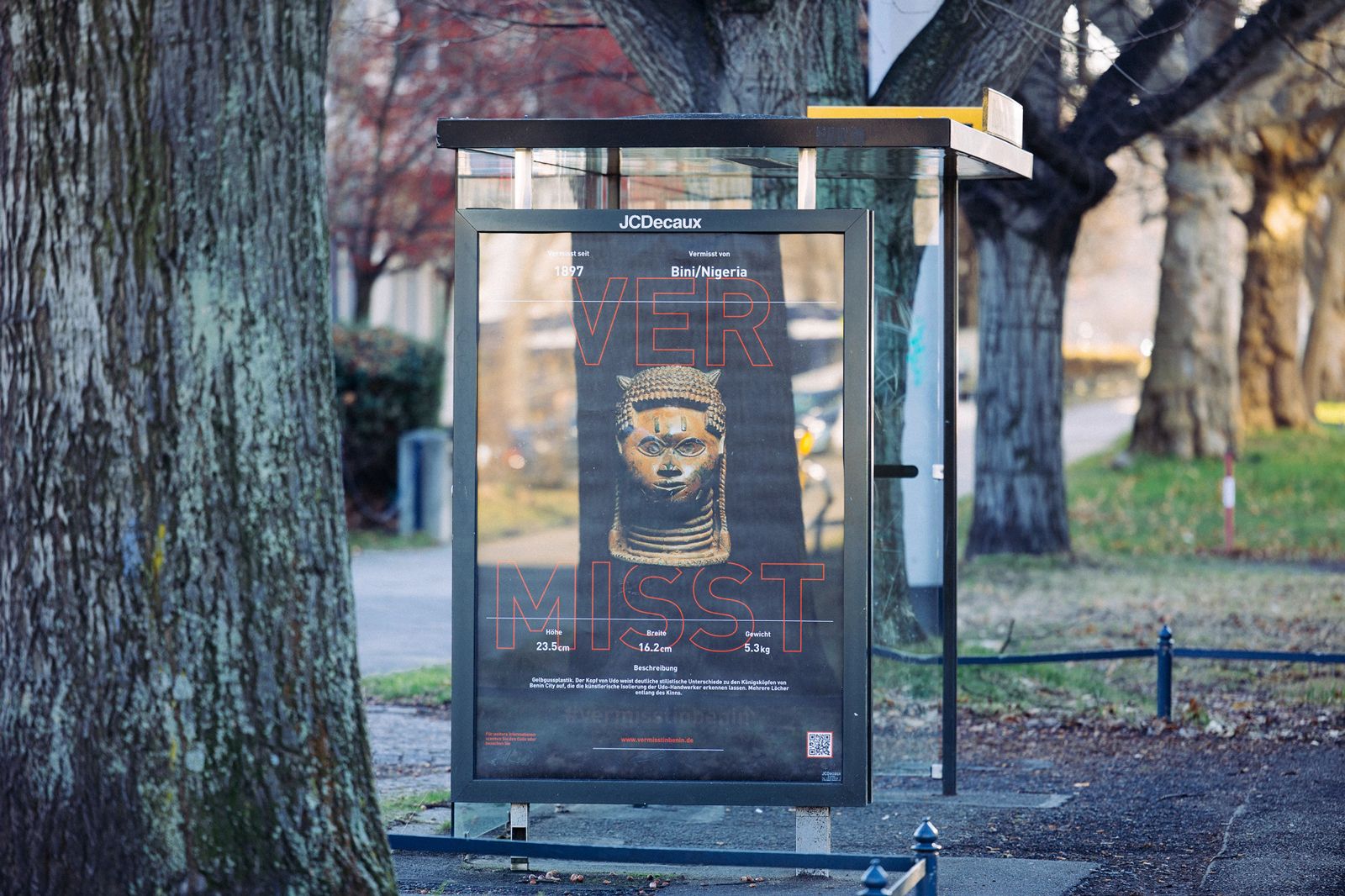 The Nigerian artist Emeka Ogboh has launched a poster campaign that seeks to introduce urgency into the long-running discussion about the restitution of Benin sculptures looted by British troops and on display in museums in Europe and North America.

His posters, on public display in Dresden and towns nearby, show images of Benin bronzes in Dresden’s Museum für Völkerkunde with the text “Missing in Benin.” Ogboh was commissioned to create the posters by the museum, which possesses five Benin bronzes bought in London between 1899 and 1904.

“The reparation dialogue to date has been ineffective in returning the artefacts to their original home of Benin, Nigeria,” Ogboh says. The campaign stems from “a sense of impatience and necessity” and aims “to frame the stagnant and abstract discourse surrounding colonial reparations with the urgency and gravity of a public service announcement,” he says. 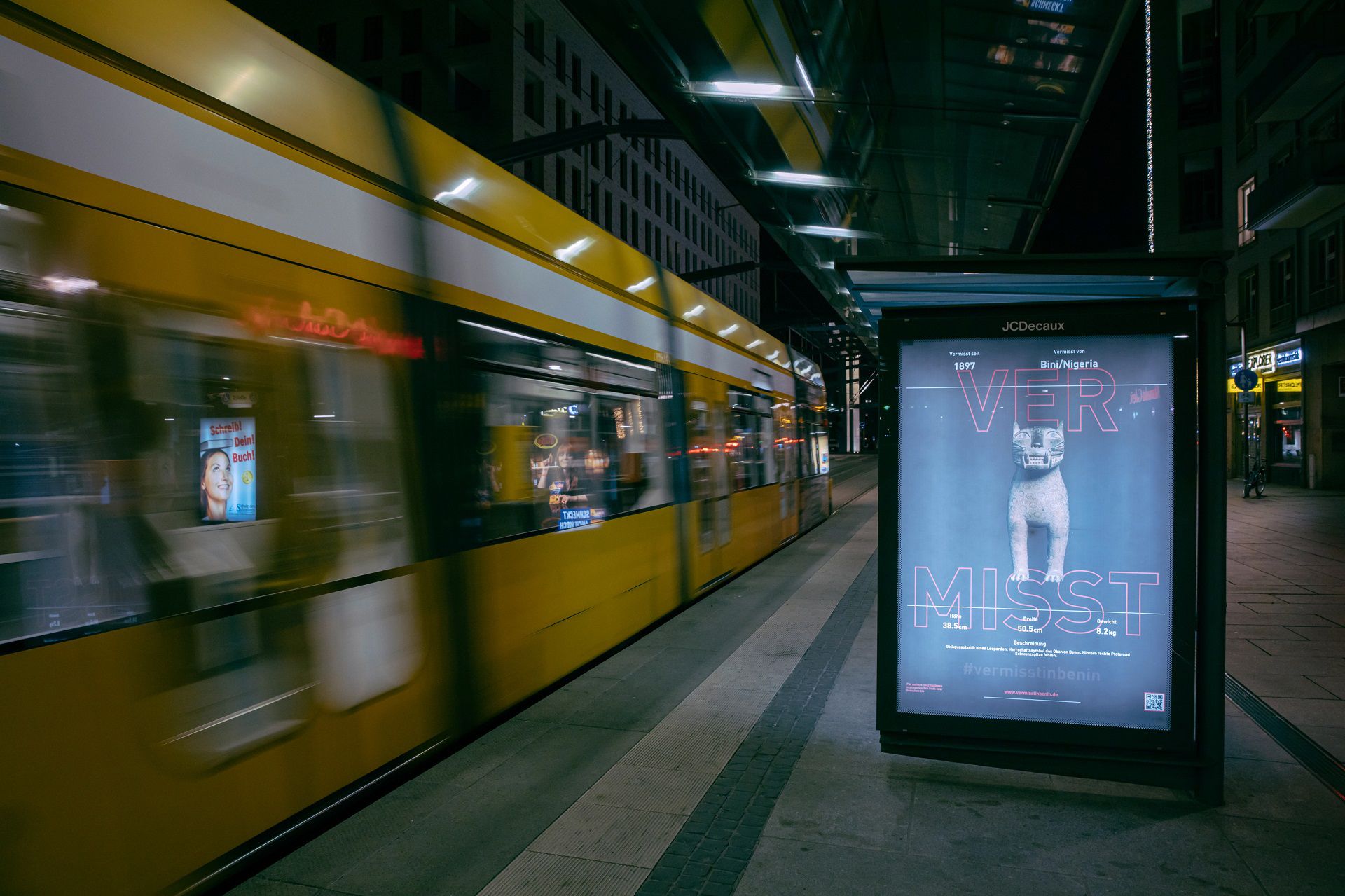 Dresden’s State Art Collections are part of the Benin Dialogue Group, whose members also include the British Museum and Berlin’s Ethnological Museum. The museums in the group have pledged to “contribute from their collections on a rotating basis” to a future Royal Museum in Benin City. But none has so far committed to a timetable for permanent repatriation of the looted sculptures.

The Nigerian ambassador to Germany, Yusuf Maitama Tuggar, wrote to Chancellor Angela Merkel in 2019 asking for the return of looted cultural works of art in German museums. Germany would be taking a step “worthy of emulation towards healing the tragic trauma of colonialism by facilitating the restitution of these artefacts,” he wrote.

Léontine Meijer-van Mensch, the director of the museums of world culture in Leipzig, Dresden and Herrnhut, says discussions with the Nigerian Embassy in Berlin have been underway for more than a year “to agree jointly on possible steps.” The embassy put the museum in touch with Ogboh, to whom Meijer-van Mensch says she “is grateful for raising awareness and naming so clearly what is at stake with these objects.”

The Benin collections at European museums “have become symbolic of the question of how ethnological museums deal with the many thousands of objects in their possession resulting from mass looting or other forms of appropriation under unequal power relations in a colonial context,” Meijer-van Mensch says.