It is an important week for Christie’s and Sotheby’s in Dubai. Sotheby’s opened a gallery space and office on Tuesday (14 March) in the Dubai International Financial Centre which, says Edward Gibbs, the chairman for the Middle East and India, will “bring together the best of our global business in one hub”. Crucially, Sotheby’s could “potentially schedule sales” in the new venue, he adds.

“Dubai is an important regional hub and we know that it will continue to be important; it’s key to our business as we expand,” says Gibbs. The launch of Sotheby’s Dubai follows an increase in the number of Middle Eastern clients participating in the company’s global sales, resulting in a 30% rise in the number of buyers from the region over the last five years, he adds.

The plan is to host talks, selling and non-selling exhibitions, gallery tours and educational events in the new base. “One priority is to make sure that our international specialists can use this space. As to whether we’ll hold sales, we’ll assess our clients’ needs as we go,” he says.

The Christie’s auction, which is due to take place 18 March, includes works by Arab, Iranian and Turkish artists. Six works by Mahmoud Saïd go on the block, including the Portrait of Mohamed Pacha Saïd (late 1920s; estimate US$25,000-US$30,000/ AED91,000-AED110,000), the artist’s father who was Egypt’s Prime Minister from 1910 to 1914. Valérie Didier Hess, director of business development at Christie’s Dubai, has co-authored a catalogue raisonné of Saïd’s work. 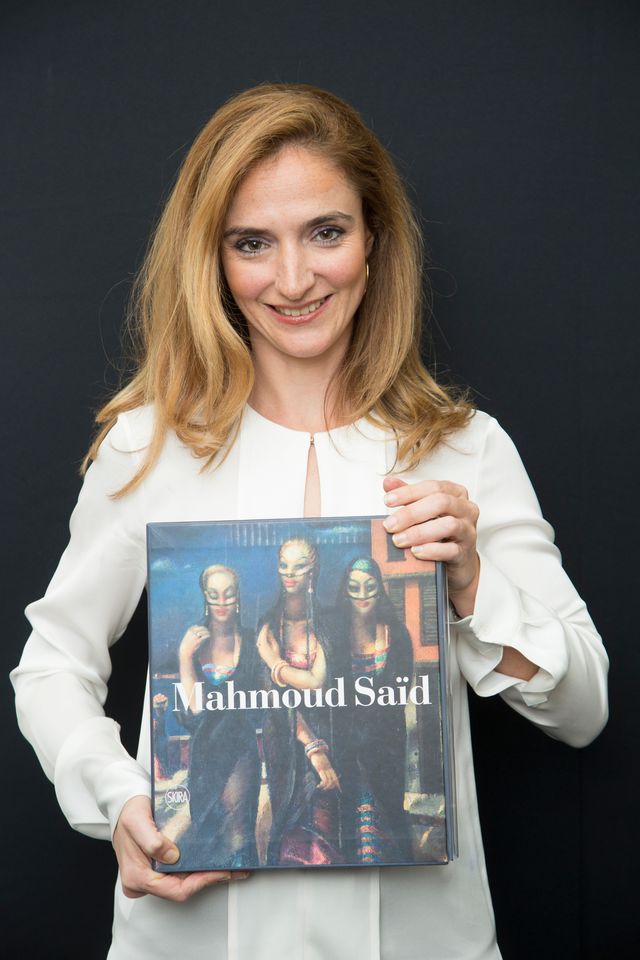 Valérie Didier Hess, director of business development at Christie’s Dubai. Image courtesy Christie's
The collector Mohammed Afkhami, an official patron of Art Dubai, says “Christie’s has picked a very strong subsection of most of the notable artists across Iran, the Arab world, and Turkey. Christie’s has also attempted to bring some lesser known artists at more a ordable price points so as to broaden the collector base.”

When Christie’s held its first sale in Dubai, it was considered a game-changer, making $8,489,400. “We are about to hold our 22nd consecutive sale season in Dubai; over the years we have had 20 to 25 countries participating in each sale season, with sell-through rates at around 85% and a very high bidding participation via Christie’s Live at about 30%,” says a Christie’s spokeswoman. Last March, Christie’s Now and Ten Modern and contemporary sales in Dubai made a total of $11.9m with buyer’s premium (80% sold by lot; 89% sold by value).

Eleven years on and post-financial crisis, Dubai is less exuberant. Since 2008, Christie’s has held two sale seasons in Dubai in March and October, but the autumn season sale has been cancelled, reflecting global market stagnation. “Going forward one season in March in Dubai and a larger selection of Middle Eastern works of art to be offered in London during the autumn season, is the new strategy,” the spokeswoman says.

Christie’s has made its mark on the cultural and commercial scene nonetheless. Hisham Samawi of Ayyam Gallery in Dubai, says that when “Christie’s first started, it was indeed a regional centre as the market was still under developed; many of the lots were primary works coming from the galleries. Today, Dubai has graduated to being an important global art centre.” There is now a strong secondary market in the region which is well supported by the auctions, he adds.