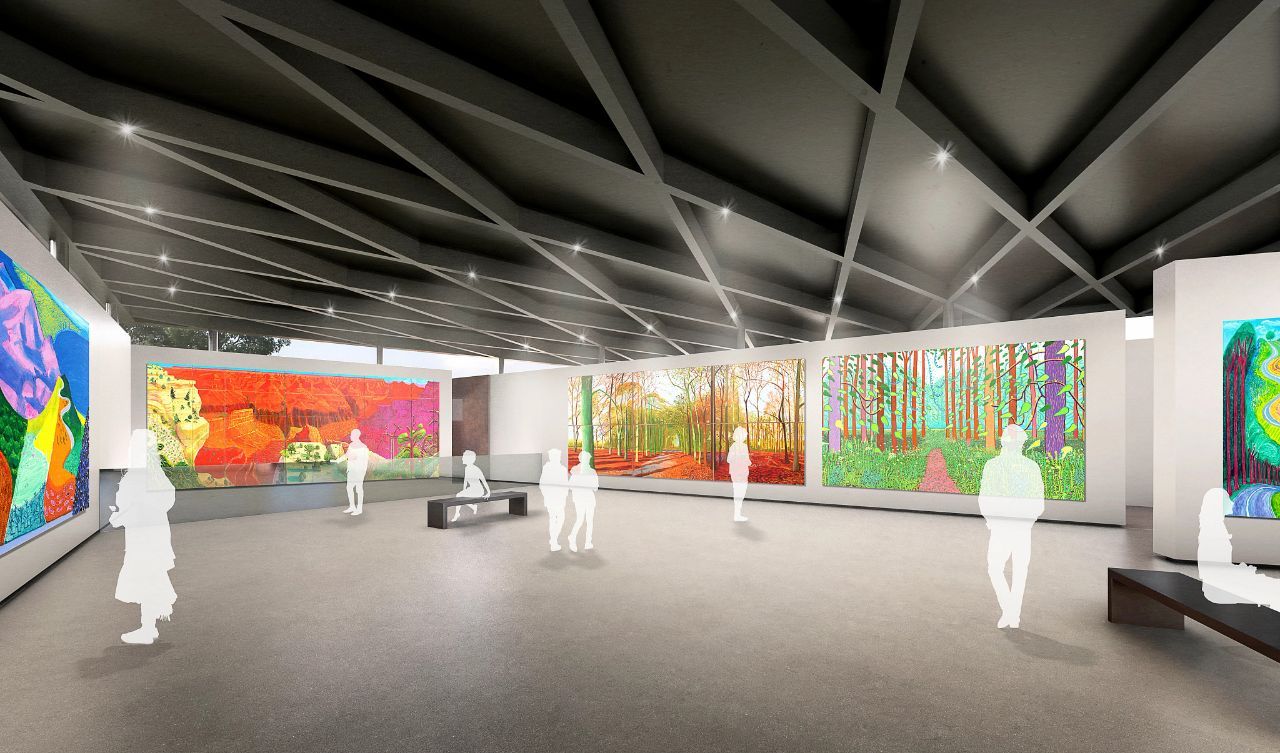 A rendering of the gallery space with works by David Hockney

UK billionaire James Dyson, known for his bagless vacuum cleaners, and his wife Deirdre plan to open an art gallery at their home in South Gloucestershire, which will house major Pop Art works by artists such as David Hockney and Peter Blake.

The new space will be located in the grounds of Dodington Park, the 18th-century property owned by the couple. The new venue, known as Dodington Art Gallery, will be free for the public to visit on set days (pre-booking will be required), according to Wallpaper magazine, which first reported the story.

“The strongest theme running through the [Dyson] collection is Pop Art, whose international credentials are framed in the Dyson collection by a pioneering work (Crying Girl from 1963) by Roy Lichtenstein at the beginning of the movement and a playful late Andy Warhol print from his Toy Series (1983) at the end,” says Tim Marlow, the director of the Design Museum, in a statement. Other artists in the collection include Yves Klein, Allen Jones and Victor Vasarely.

The gallery project has been submitted to South Gloucestershire council for planning approval. The application includes a detailed document by London-based Wilkinson Eyre architects, who were commissioned in 2017 to design the new space. According to their statement, “the applicants [Dyson family] have a nationally significant art collection including a number of works by David Hockney [such as Domestic Interior Scene, Broadchalke, Wiltshire, 1963].” 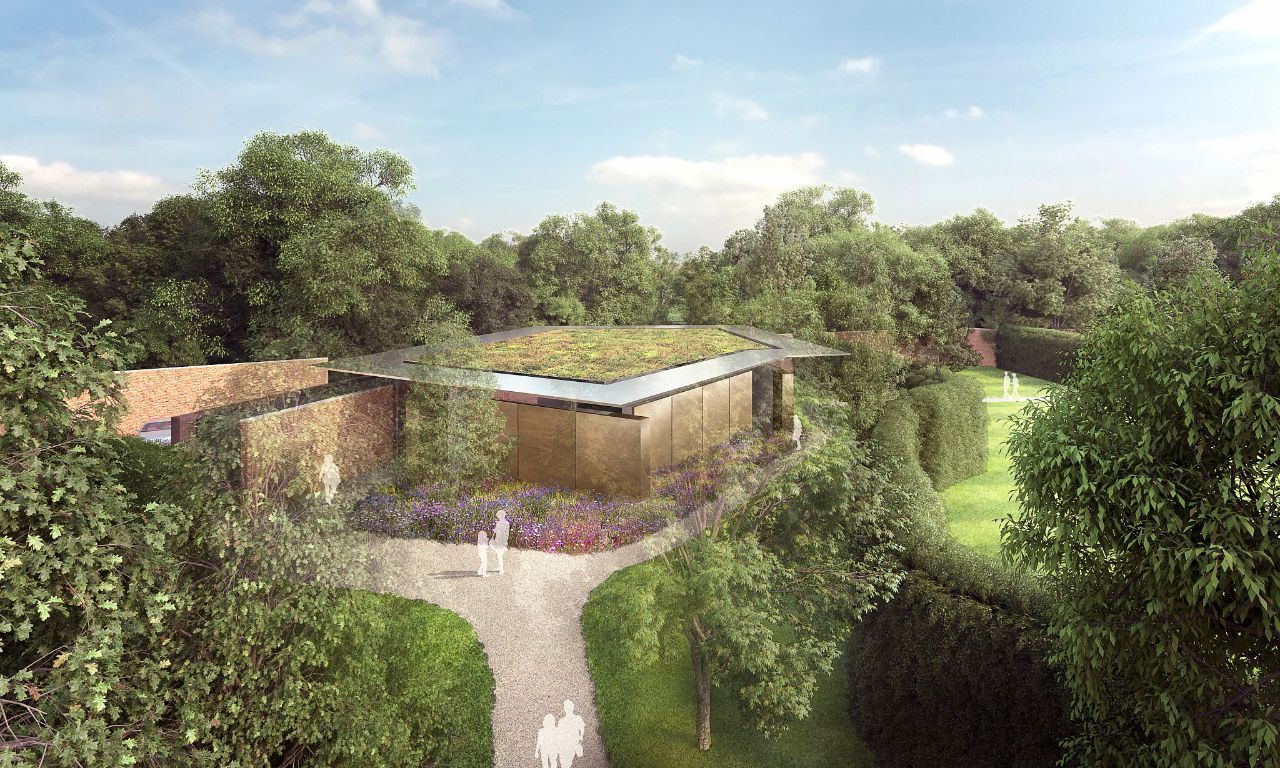 The document adds: “In addition to opening their walled garden to the public during 28 days per year, the [Dyson family] want to allow viewings of a global art collection during the same period of time. This collection would not otherwise be accessible.” A sculpture garden within the walled garden contains works by artists such as Jeppe Hein, Lyn Chadwick, Eilis O’Connell and Rob Ward.

The new gallery will be spread over two floors (ground and basement) and have a overhanging roof that will be planted with sedum plants. It will be constructed “with quality materials that relate to the historic brick walls of the garden”, say Wilkinson Eyre. The council website says that the application is “awaiting decision”.

Deirdre and James Dyson both trained at the Byam Shaw School of Art in London in the late 1960s. Deirdre now designs carpets and runs a gallery on the King’s Road and James is one of the UK’s richest men with a $5.8bn fortune, according to Forbes. The Norfolk-born inventor campaigned for the UK to leave the European Union in the 2016 referendum.

In a controversial move, Dyson announced plans last year to relocate the firm’s headquarters from Wiltshire in England to Singapore. According to the Financial Times, the move was “not for tax reasons but reflected how most of its sales and operations are now in the region”.