The loaf, made with yeast extracted from an artefact at the MFA Boston, could provide valuable insight into ancient civilisations 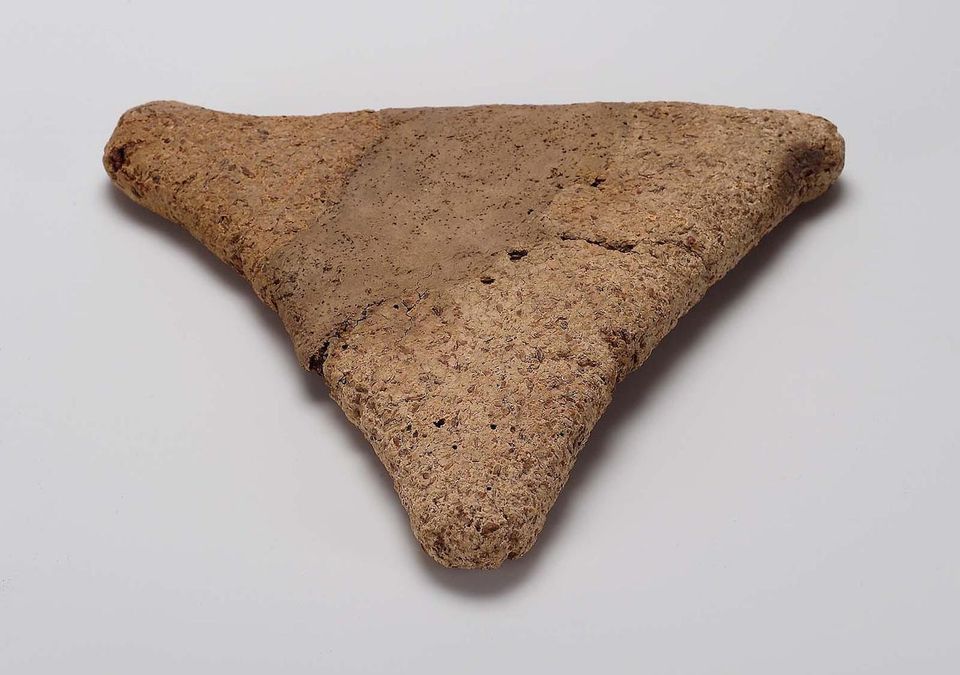 A triangular loaf of bread found in Thebes in a foundation deposit dating to the Egyptian Middle Kingdom, 2010–1998 BC Museum of Fine Arts, Boston

A group of Egyptophiles who extracted yeast from museum artefacts to create sourdough bread, are now hoping to confirm the yeast dates back millennia to ancient Egypt—and to recreate the loaves that fed the pyramids' builders.

The project started when Seamus Blackley—a California-based physicist and the founder of Xbox, who froths wild yeast into sourdough bread as a hobby—teamed up with the archaeologist Serena Love of the University of Queensland and the biologist Richard Bowman at the University of Iowa earlier this year to seek verifiably ancient strains of the microorganism.

Love was granted permission to access ancient Egyptian earthenware moulds used to shape bread at the Peabody Museum of Archaeology and Ethnology of Harvard University and the Museum of Fine Arts, Boston, which also allowed her to access ancient bread discovered in a foundation deposit in Thebes. Bowman then developed a method to apply a liquid yeast food to a small area of the ancient artefacts. According to Bowman, yeast within the porous artefact flows into the liquid, permitting removal, and the sample is incubated to let any yeast multiply. From the Thebes bread extract, Blackley created a sourdough loaf this month.

“The sample we got is yeast,” says Love. “It could be 80-year-old museum yeast from the air, or it could be ancient yeast”, in which case it would date to the Middle Kingdom, or around 1900-2000 BCE.

Genome sequencing yeast from other artefacts will allow the group to identify the age of the yeast “to a general era”, Bowman says. “Increasing the number of samples will let us get a glimpse of whether the Egyptians were influencing the evolution of the yeast, as brewers and bakers do today.”

The next step is “to do re-creation baking”, says Love, as the ancient Egyptians would have done. “The entire Egyptian empire was founded on bread and beer, which they were making on a phenomenal scale. The bread loaves were huge—some over a metre high because they’re feeding a huge labour force. How do you make a loaf of bread that big in a clay pot?”

Peter Der Manuelian, the director of the Harvard Semitic Museum, said more broadly that residue analysis to identify traces of organic materials in ancient storage vessels can tell us about ancient diet and tastes and “help us understand the origins of the materials, which in turn informs us about trade, project management, social stratification and a wide range of other aspects about ancient Egypt”. He adds, “We can’t get that information from reading the Pyramid texts!”