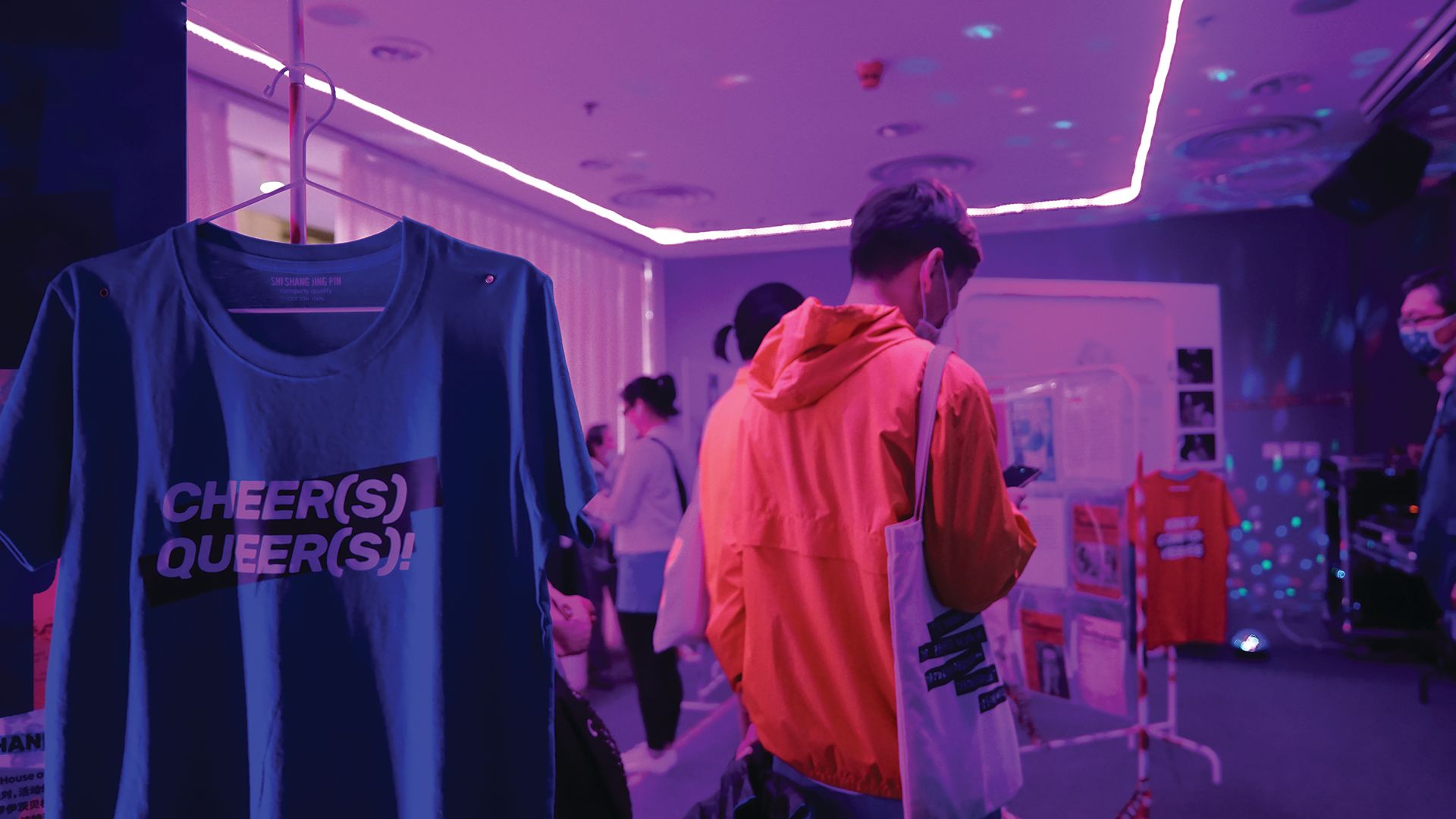 Artistic and political discourse is finding an unlikely space in Shanghai, in the offices and residences of its international consulates.

Germany’s Goethe-Institut, for example, responded to the suspension of Shanghai Pride this autumn with the exhibition Queer as German Folk (until 31 January), documenting the progression of LGBTQ+ rights in Germany.

Meanwhile, Alice Chen, a Chinese artist and curator married to the French consul general, has transformed the balcony of the couple’s garden villa into a project space for Shanghai-based artists. Project Terrace currently features Shi Yong’s Caution! Your Intervention Will Make an Impact on It, As It Will Also Make an Impact on You (until 6 December), a platform with an alarm that beeps until participants balance their weight on it. It alludes to the traffic intersection beneath the balcony, which is home to the American and Iranian consulates and the French consular residence. 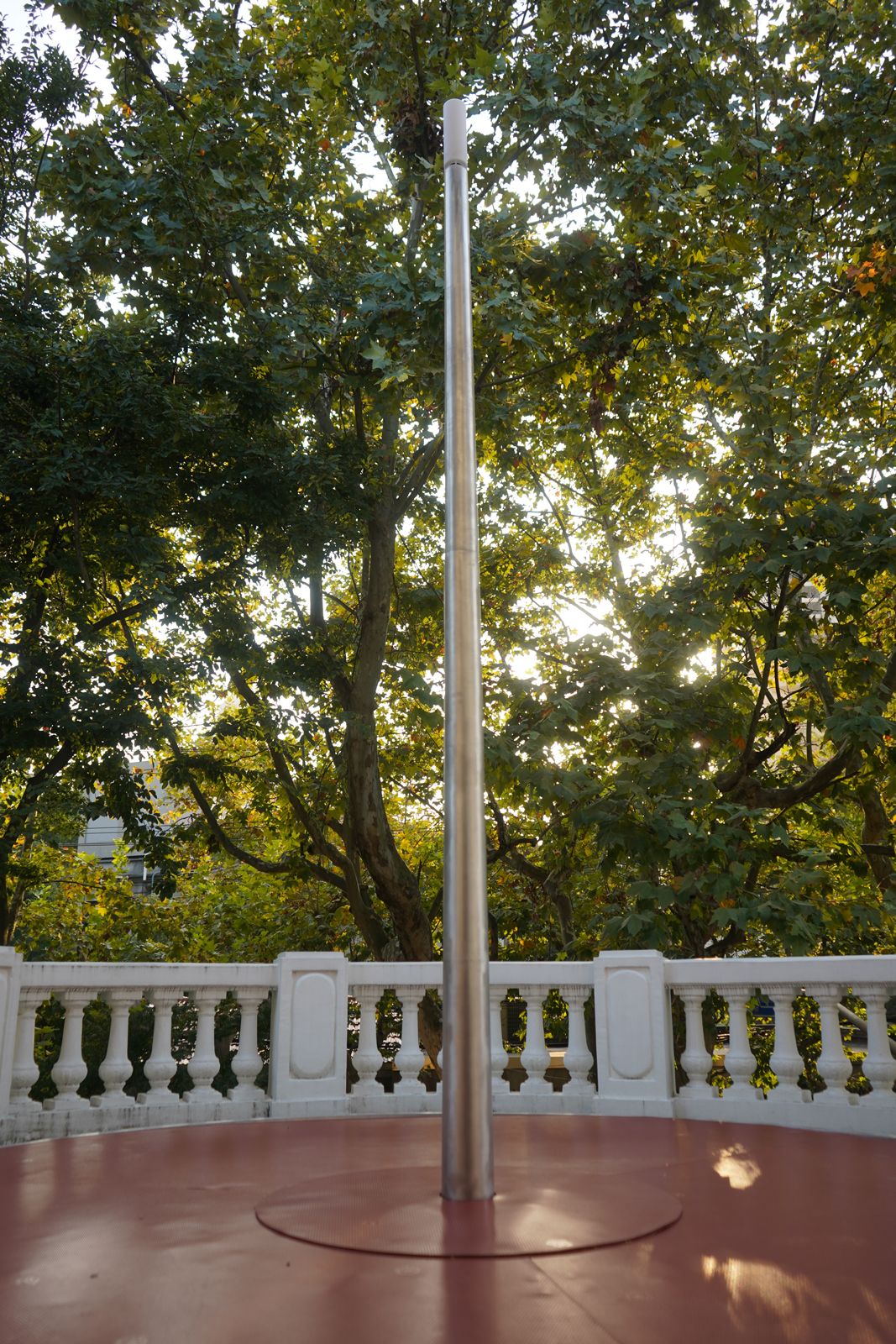 From 30 November, the new American consul general James Heller has transformed his residence into an exhibition space centred on marginalised communities called Space 33. After an initial show by Chinese artists highlighting disabled rights in China, which features work by the deaf artist Zhou Jiayi who had a solo at the Goethe this summer, and the photographer Qin Zhan, the US initiative will organise shows by women and gay artists.

“Free spaces are shrinking since a year ago,” says Oliver Hartmann, the director of Goethe-Institut Shanghai. “Shanghai is still okay, but our partners are more hesitant. Professors, for example, are nervous about speaking too freely.” At Goethe, “we are sure that the authorities monitor our activities, and from time to time for sure we have visitors who report on us. About things like Xinjiang, Taiwan or Hong Kong, we are not addressing these topics, to not cause any diplomatic trouble. Also it makes sure that our guests here are safe, and not punished after.”

In the early days of Chinese contemporary art, in the 1980s and 90s, so-called "Embassy Art" was a common phenomenon, as the foreign outposts offered sanctuary to a new genre often considered too controversial for conservative Chinese society. Contemporary art has now gone mainstream, but content is carefully policed, with parameters tightening recently around perceived political or sexual content. This current crop of projects started late last year, when the British Consul’s Shanghai economic office hosted a #MeToo exhibition alongside related talks and performances. The subject of women’s rights and sexual assault remain highly taboo in Chinese public media.

“With [the closure of] Shanghai Pride, I’m not sure if it as such was a problem with the topic, or if their network got too big and influential,” Hartmann says. “[The government] doesn’t like the idea of civil society getting too big. Being gay or lesbian is not such a big a deal, no one cares. But feminism as a topic is less liked by the regime, as they feel it goes against the family”. Social pressure around marriage and procreation weigh heavily on young Chinese, both gay and straight, and exhibition programming included broader definitions of family. Open to the public without reservation, the exhibition gets ten to 20 visitors daily, and upwards of 70 for its events.

Project Terrace’s timing stems not from political constraints but rather from Chen’s return to China after a decade abroad. “Exploring China’s art is beyond the scope of my ability, but I could start with friends around Shanghai,” she says. Travel restrictions due to the coronavirus (Covid-19) pandemic also rendered a local focus more realistic. Chen first conceived of her curatorial project, Positive Art Research Centre (Parc), in 2018 and plans to continue the terrace exhibitions for the duration of her stay in Shanghai until 2022. The location, plus being invitation-only, evades scrutiny and creates a relaxed openness.

Hartmann is frustrated by the current trend for selfie-friendly, decorative, commercial art in Shanghai, and both Goethe and Parc push against this in their different ways. “We try to stretch the limits and see how far we can go,” Hartmann says. “We are seeing what we can still do, and we have our values of democracy and free speech”, even as controls tighten in China.