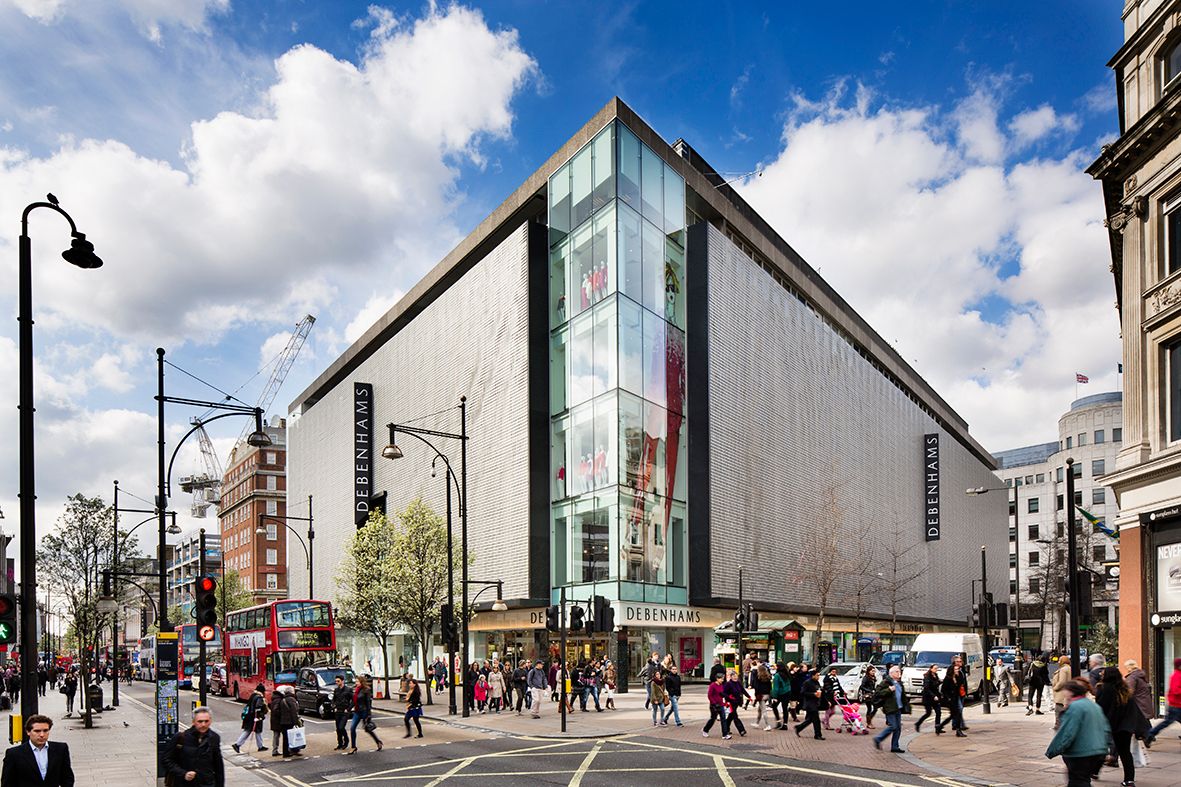 First, it was IKEA in Coventry—now another famous retail emporium, Debenhams in London’s Oxford Street, could be converted into a major arts hub under plans put forward by Labour councillors at Westminster city council. According to Time Out London, the “Oxford Street Art House” would take over the entire seven-storey building, which closed in January after the retailer went into administration.

“The owners of Debenhams may have other ideas for the building but we wanted to expand the mix of uses being considered beyond offices, hotels and luxury flats that are currently being mentioned as potential other uses. Any of the empty large buildings in the Oxford Street area could provide the space for what we have in mind,” says Paul Dimoldenberg, a Labour Councillor at Westminster which is Conservative controlled.

A statement from the Labour party says that the basement in Debenhams could include a floor of “maker space” and studios for craftspeople and artists while the ground floor could be split in two. “The Oxford Street facing half could be dedicated to selling the arts and crafts produced from the basement workshops—the best of London—together with work from artists and craftspeople from the rest of the UK,” adds the statement. The five upper floors would be converted into galleries with spaces for photography and fashion.

Dimoldenberg says he will discuss the ideas at the council meeting scheduled for 3 March but there will not be a vote on it. “It is early days and we do not have a fully worked out or costed proposal yet,” he says. Partners for the project are being sought.

In the wake of the Covid-19 pandemic, there are a number of empty buildings along Oxford Street—including Topshop and HMV—which could find a new use as a centre for the arts to attract people back to the area as part of a £150m regeneration plan, adds Dimoldenberg.

Meanwhile, two of the UK’s largest and most important national collections could be housed in a former IKEA store in the West Midlands under radical plans drawn up by Coventry City Council. The Arts Council Collection and the British Council collection would relocate to the new facility as part of the initiative which was approved last week by the council.

High streets across the UK were already in trouble due to an increase in online shopping and a change in consumer habits. The coronavirus crisis compounded the problem, leading to empty town centres dotted with deserted retail units.