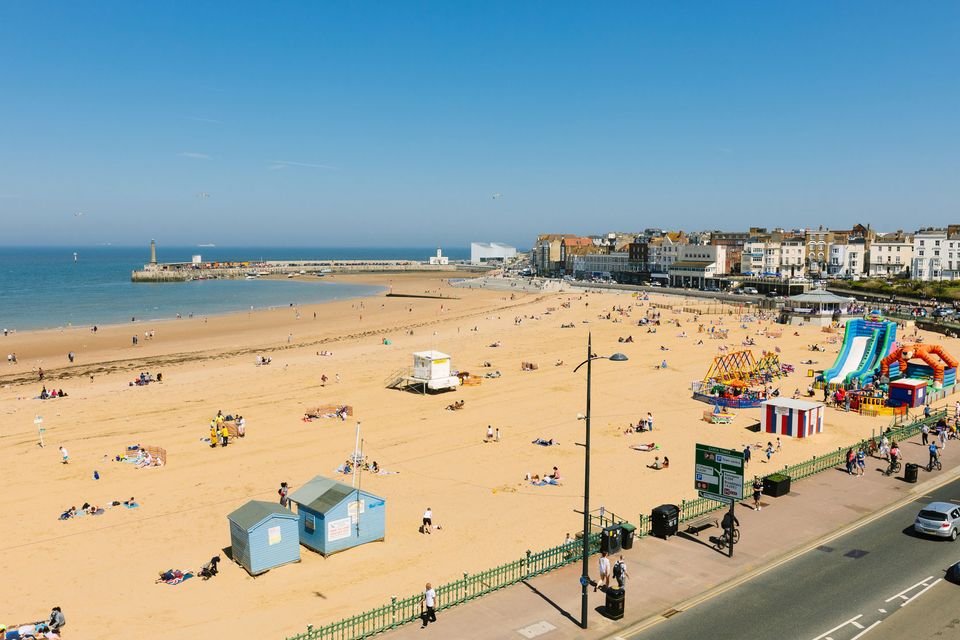 Beside the seaside: Turner Contemporary in Margate and the Visit Kent tourism board are leading the project to draw visitors to seven destinations on England's southeast coast Photo: Visit Thanet

Seven artists are making a trail of new works that will line England’s southeast coast next summer, in a bid to lure cultural tourists out of London. The site-specific commissions, known as Waterfronts, will open progressively from April to July 2020 as part of a major partnership between seven seaside art organisations in the region, known collectively as England’s Creative Coast.

The selected artists, announced today, are Katrina Palmer for Metal in Southend-on-Sea, Jasleen Kaur for Cement Fields (the organisers of the Whitstable Biennale) in Gravesend, Michael Rakowitz for Turner Contemporary in Margate, Pilar Quinteros for Creative Folkestone, Andreas Angelidakis for Hastings Contemporary, Holly Hendry for the De La Warr Pavilion in Bexhill-on-Sea and Mariana Castillo Deball for Towner Art Gallery in Eastbourne.

The curator of Waterfronts, Tamsin Dillon, says she invited the artists to respond to the coastline as a “natural but also a political border”, with heightened resonance at a time of rising sea levels and Brexit uncertainty. Some of the artists are developing works relating to local history and mythology, while Rakowitz is more interested in “deep geological time”, she says. With plans ranging from a social hangout space designed by Angelidakis to Kaur’s floating installation in the Thames Estuary, all the works will be installed outdoors and “within sight of water, if not connected to it in some way”.

The contemporary art project, anticipated to run until late autumn 2020, “has the potential to strengthen relationships between all the organisations in this region”, paving the way for future collaborations, Dillon believes. “It’s about being innovative and entrepreneurial.”

A broad coalition of local authorities and tourist boards have joined up for the overall England’s Creative Coast scheme, which was launched by Turner Contemporary gallery in Margate and Visit Kent in early 2018. The three-year partnership pools £850,000 in grants designed to boost tourism from Arts Council England and the UK government’s post-Brexit Discover England fund.

According to Deirdre Wells, the chief executive of Visit Kent, the concept was inspired by Turner Contemporary’s leading role in the regeneration of Margate since it opened in 2011. Since then, the seaside town has witnessed an influx of galleries and artists, including Tracey Emin who relocated her gallery there with plans to turn it into a foundation and museum in the future.

The aim is to “join the dots between Margate and the rest”, Wells says, promoting other regional galleries as tourist destinations (particularly targeting French and Dutch visitors) and encouraging people to “extend their stay, explore more of the coast and hopefully come back again”.

With an eye to the growing experience economy, Visit Kent is also planning a pilot project around Margate this autumn called Art Homes, offering accommodation in the homes of local artists and Airbnb-style experiences, such as art workshops and studio tours. Ten artists are expected to participate as hosts from September, timed to coincide with the launch of the Turner Prize. If the trial proves popular, the model could be rolled out to artists’ homes across the other coastal towns in the partnership, Wells says.