An incense-burner in the shape of a lion (1000-1100) is on show in the "Literary Excellence" section, demonstrating how texts decorated objects Photo: © Musee du Louvre, Dist. RMN-Grand Palais / Hughes Dubois

Just as London museums are closing down again due to heightened Covid-19 restrictions, the Victoria and Albert Museum (V&A) has optimistically announced further details about its forthcoming 2021 blockbuster survey on Iran. Epic by name and epic by nature, this exhibition will cover an ambitious 5,000 years of Iranian history through 350 objects. A saga in itself, the show has had to contend with funding complications courtesy of the Sackler scandal (over the family’s involvement in the opioid crisis); increasingly tense US-Iran relations; and the coronavirus pandemic scuppering its original opening date last year. Unless Covid-19 closures continue, the exhibition is due to open on 13 February (until 30 August 2021).

The exhibition is billed as "the first UK exhibition in 90 years to present an overarching narrative spanning 5,000 years of Iranian art, design and culture". Split into ten, fairly chronological sections, it will have an “immersive design” that apparently sets it in a city, complete with a gatehouse, gardens, a palace and a library. The show will include works borrowed from collections in the US, Russia, France, Belgium and the UK.

Starting in 3,200BC, the show will first explore the varied landscape of Iran before moving on to early Persian civilisations, the Persian Empire, and later Sassanid rule and Zoroastrianism. “Visitors will be astonished by the quality and variety of objects from Ancient Iran, showing that it had a civilisation every bit as advanced and prosperous as those in neighbouring Mesopotamia and Egypt," says John Curtis, the co-curator of Epic Iran. "It will be clear that the Persian Empire, founded in 550BC, inherited a very rich legacy from earlier periods of Iranian history.” The Horoscope of Iskandar Sultan (1411) Courtesy of the Wellcome Collection

Another section in the show will look at the emergence and establishment of Islam following the Arab conquest in the mid-seventh century. The display will include Qur’ans and manuscript illuminations, including the Horoscope of Iskandar Sultan—a 15th-century manuscript featuring the horoscope of a Timurid prince—on loan from London's Wellcome Collection.

One particularly immersive display will be the "Royal Patronage" section, which looks at the re-emergence of ideas of kingship from the 13th century onwards. Three ten-metre-long paintings that replicate tiled buildings in the city of Isfahan will be suspended from the ceiling alongside an Augmented Reality projection to recreate the appearance of a full dome. Qaran Unhorses Barman, a folio from the Shahnameh of Shah Tahmasp, Tabriz (around 1523-35) Photo: © The Sarikhani Collection

Literature is an overarching theme of the show, with a section devoted to poetry and its use in manuscripts and another dedicated to Ferdowsi’s 11th-century epic poem Shahnameh (book of kings). The display of these rare and elaborate illustrated manuscripts—on loan from the Oxfordshire-based Sarikhani Collection and the British Library, among others—is sure to be a highlight. 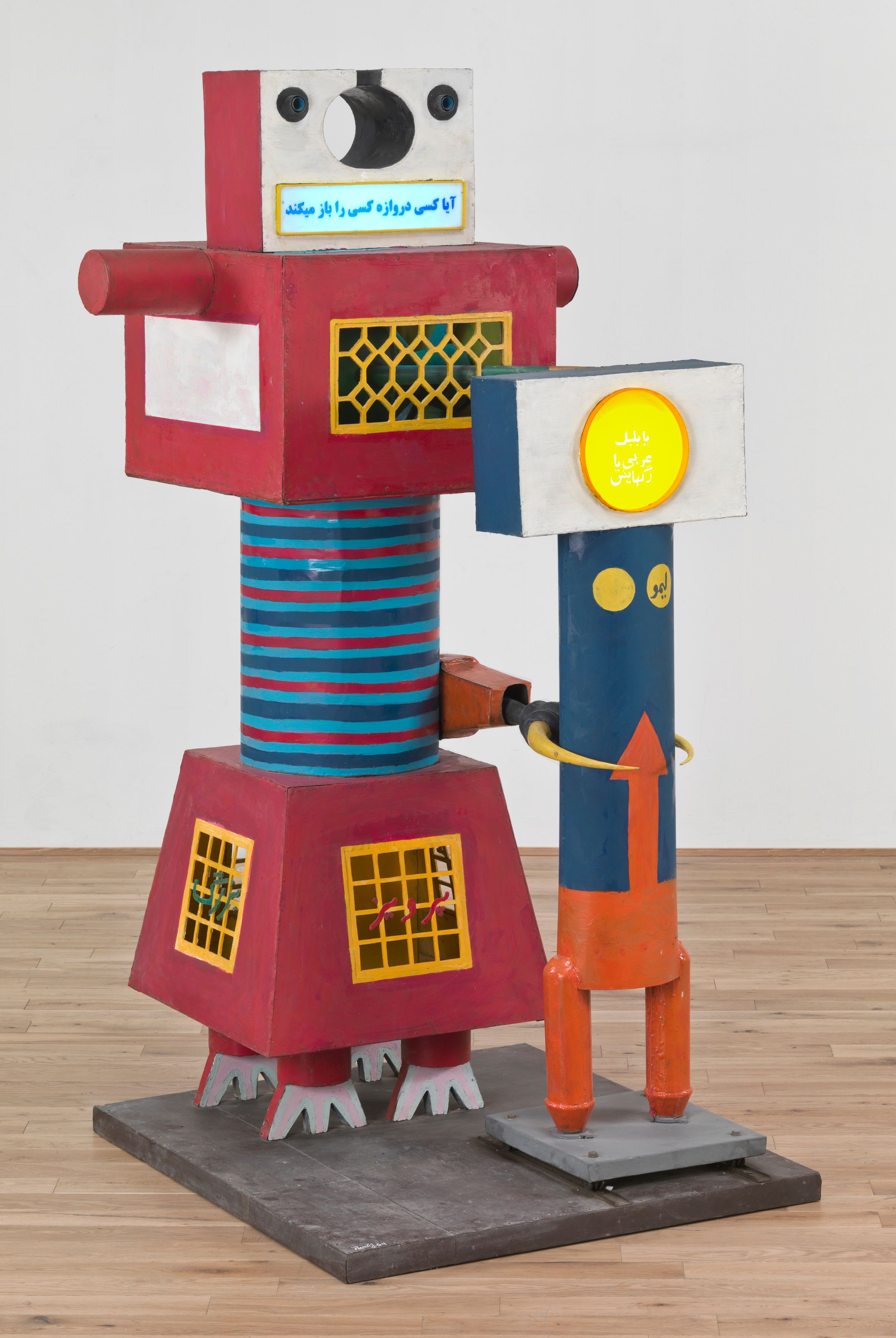 The final section will cover a tumultuous period of rapid social and political change in Iran from the 1940s to the present day, which has seen the Islamic Revolution, the Iran-Iraq War, and ongoing international tensions. Modern and contemporary works by some of Iran’s leading artists will be on display including those by Parviz Tanavoli, Monir Farmanfarmaian and Shirin Neshat.

“Contemporary Iranian art is dynamic and exciting, critically self-examining and engaged in the global world, and both intellectual and playful," says Ina Sarikhani Sandmann, the associate curator of Epic Iran. "The rich variety and quality, often radical and experimental and unapologetic in playing with themes such as gender, politics and religion, may surprise visitors—and helps explain why Iran’s long legacy of culture continues to be so relevant to the world today.”