Ambassador made request at display opening in South Kensington 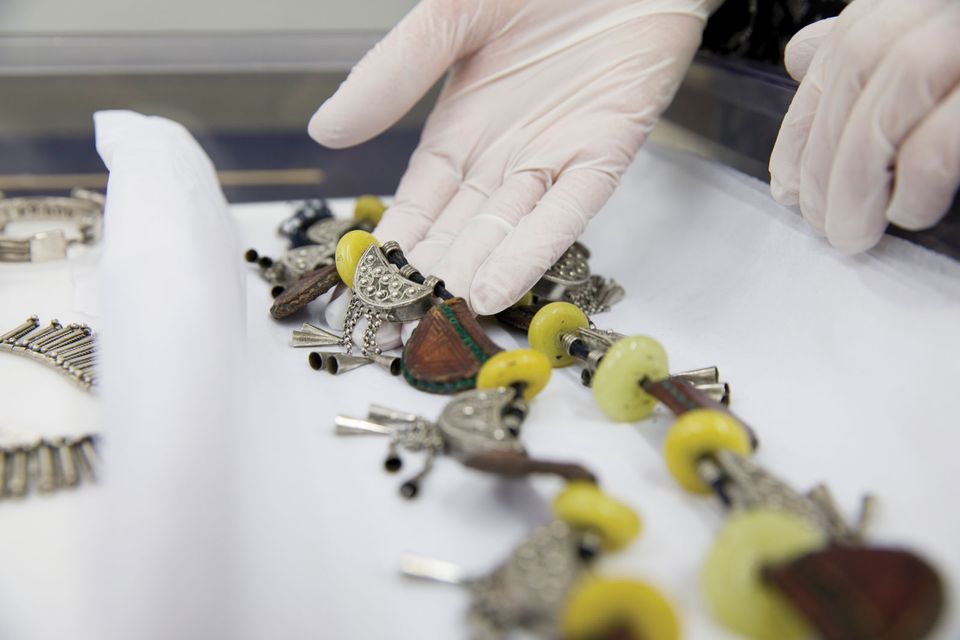 A display of objects linked to the battle at Maqdala opens at the V&A this week Victoria and Albert Museum, London

The Ethiopian government is calling on the British Museum and other UK custodians of treasures seized at the battle of Maqdala to follow the example of the Victoria and Albert Museum (V&A) and offer to return them on long-term loan. This request was made by Ethiopia’s ambassador, Hailemichael Aberra Afework, who opened a Maqdala display at the V&A, which is due to run until July 2019.

Tristram Hunt, the V&A’s director, spoke at the opening event last night (5 April) of the significance of the Maqdala objects: “We have a responsibility to celebrate the beauty of their craftsmanship and to shine a light on their cultural and religious significance, while being open about how they came to South Kensington”.

Hunt believes that museums have “a global responsibility” to uncover the stories behind their collections. He wants to “better reflect on the histories of these objects”, confronting “difficult and complex issues”. The V&A is therefore willing to return items on long-term loan which were looted by victorious British troops at the battle of Maqdala in 1868, which led to the overthrow and suicide of emperor Tewodros.

The Ethiopian ambassador welcomed the V&A’s loan offer. Hailemichael also called on other UK museums holding Maqdala treasures “to follow the trail being blazed by the V&A”. He is believed to have been referring to the British Museum and the British Library, the other two major institutions with substantial Maqdala collections.

Speaking to The Art Newspaper, the ambassador said that the British Museum is not moving as quickly as the V&A. When asked whether discussions with them had begun, he responded “no, not yet”. A British Museum spokeswoman later told us that any loan request from Ethiopia would be considered, subject to the normal requirements.

There are two hurdles in arranging loans to Ethiopia. The first relates to guarantees on the return of objects to the UK when the agreed loan period comes to an end. In 2008 an earlier Ethiopian president submitted claims to the V&A, the British Museum and the British Library and these restitution claims have not been formally dropped. UK museum trustees would therefor require Ethiopia to acknowledge that legitimate legal ownership lies with the British side. Adding to the difficulties, the political situation in Ethiopia has remained unstable in recent years, with a new prime minister, Abiy Ahmed, taking over the very week of the opening of the V&A display.

The second problem is to find a suitable Ethiopian venue for the Maqdala loans. At present the National Museum in Addis Ababa is unlikely to meet the security and environmental conditions which UK museums require. One option might be to seek financial assistance from the UK’s Department for International Development to help upgrade the National Museum.