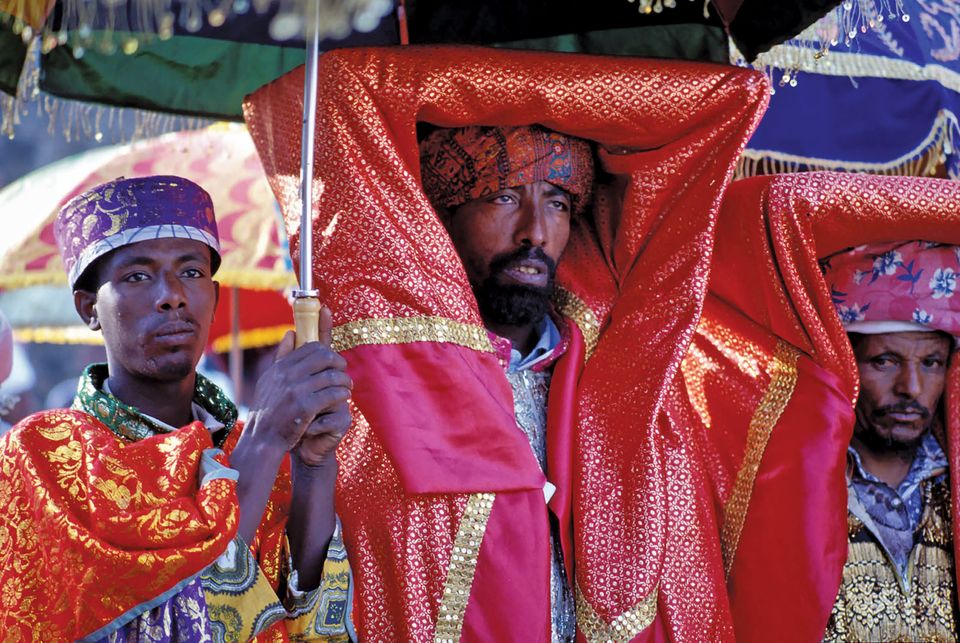 The Ethiopian government is calling for the restitution of a sacred object that is sealed inside an altar in London’s Westminster Abbey.

The object, known as a tabot, is a tablet that symbolically represents the Ark of the Covenant and the Ten Commandments. Every Ethiopian church houses a covered tabot, which is regarded as sacrosanct and must be seen only by the priest. The tablets, which are made of wood or stone, are believed to be inscribed with a cross and the name of a saint.

Westminster Abbey’s tabot was looted at the battle of Maqdala (formerly Magdala) in 1868, when British troops attacked the forces of the Ethiopian emperor Tewodros. The tabot was acquired by Captain George Arbuthnot of the Royal Artillery.

Although Anglican churches and cathedrals have an established system for deaccessioning furnishings, Westminster Abbey is a Royal Peculiar, which puts it directly under the monarch’s jurisdiction. The deaccessioning procedure is something of a grey area, but returning the tabot might require the blessing of The Queen. She may not have a personal view on the subject, but her son and heir, Prince Charles, has developed close links with eastern Orthodox churches and could well be sympathetic.

On his return to London, Arbuthnot donated the tabot to the abbey. In 1870, Dean Arthur Stanley commissioned the architect George Gilbert Scott to erect a new altar in the Henry VII Lady Chapel. The dean inserted the tabot into the back of the altar, where it remained visible, along with two other sacred objects—fragments from the high altar of Canterbury Cathedral and the major Greek Orthodox church in Damascus.

In 2007, the head of the Ethiopian Orthodox church, Abune Paulos, travelled to London to meet the abbey’s receiver-general and to call for the return of the tabot. A representative of the abbey said that this would be considered, but nothing more was heard.

Three years later, a covering was placed in front of the tabot, so it is no longer visible. The inscription, “Fragment of an Abyssinian Altar brought from Magdala in 1868”, was painted over. Today, the ghost-like rectangle where the front of the tabot was once exposed can just be made out.

Last month, following publicity surrounding the opening of the abbey’s museum, the Ethiopian ambassador in London reiterated his government’s claim. Hailemichael Aberra Afework told The Art Newspaper: “We are urging all those who hold items looted from Ethiopia to return them. This includes the tabot held at Westminster Abbey.” It would be inappropriate for a tabot to be displayed in a museum, so he believes that it should be returned to a church, with the Ethiopian synod permitted to decide which one.

Last month, a spokesman for the abbey commented: “The dean and chapter are very conscious of the sensitivity of the Ethiopian tabot, so steps were taken a number of years ago to ensure that the tabot, which is in a very sacred place, was properly covered and could not be seen by anyone.” He says that the abbey has “no plans to change these arrangements”.

There is, however, a precedent. In 2002, St John the Evangelist church in Edinburgh returned a tabot that had been found in a cupboard. On its return, a celebration was held to mark the event. The Ethiopian ambassador would like to see Westminster Abbey follow Edinburgh’s example. “We renew the call for restitution and urge the abbey to return this sacred artefact, which holds so much significance in Ethiopia,” he says.

Meanwhile, London’s Victoria and Albert Museum recently opened a display of its Maqdala treasures, and its director, the historian Tristram Hunt, has offered to send material back to Ethiopia on long-term loan. He believes that museums should confront “difficult and complex issues” relating to cultural and religious objects seized after the battle.