Artist's installation in a water-filled, 19th-century reservoir in Copenhagen has been delayed for a year because of Covid

Beneath the picnicking families of Copenhagen’s Sondermarken Park is an abandoned 19th-century reservoir. The subterranean chamber, built to store the Danish capital’s drinking water, now serves as its most unorthodox exhibition space. In 2020, the Argentinian artist Tomás Saraceno was billed to install an ambitious immersive work that would see the venue flooded with water once again. The outbreak of the pandemic meant that it was postponed until 2021.

The show, Event Horizon (until 30 November 2021), takes its name from an astrological term for a point of no return: the moment in spacetime when gravitational pull makes envelopment by a black hole inevitable. For Saraceno, human civilisation is circling an equivalent plughole. There’s no small irony that an installation concerned with the urgent vulnerability of life as we know it was delayed by a global pandemic. 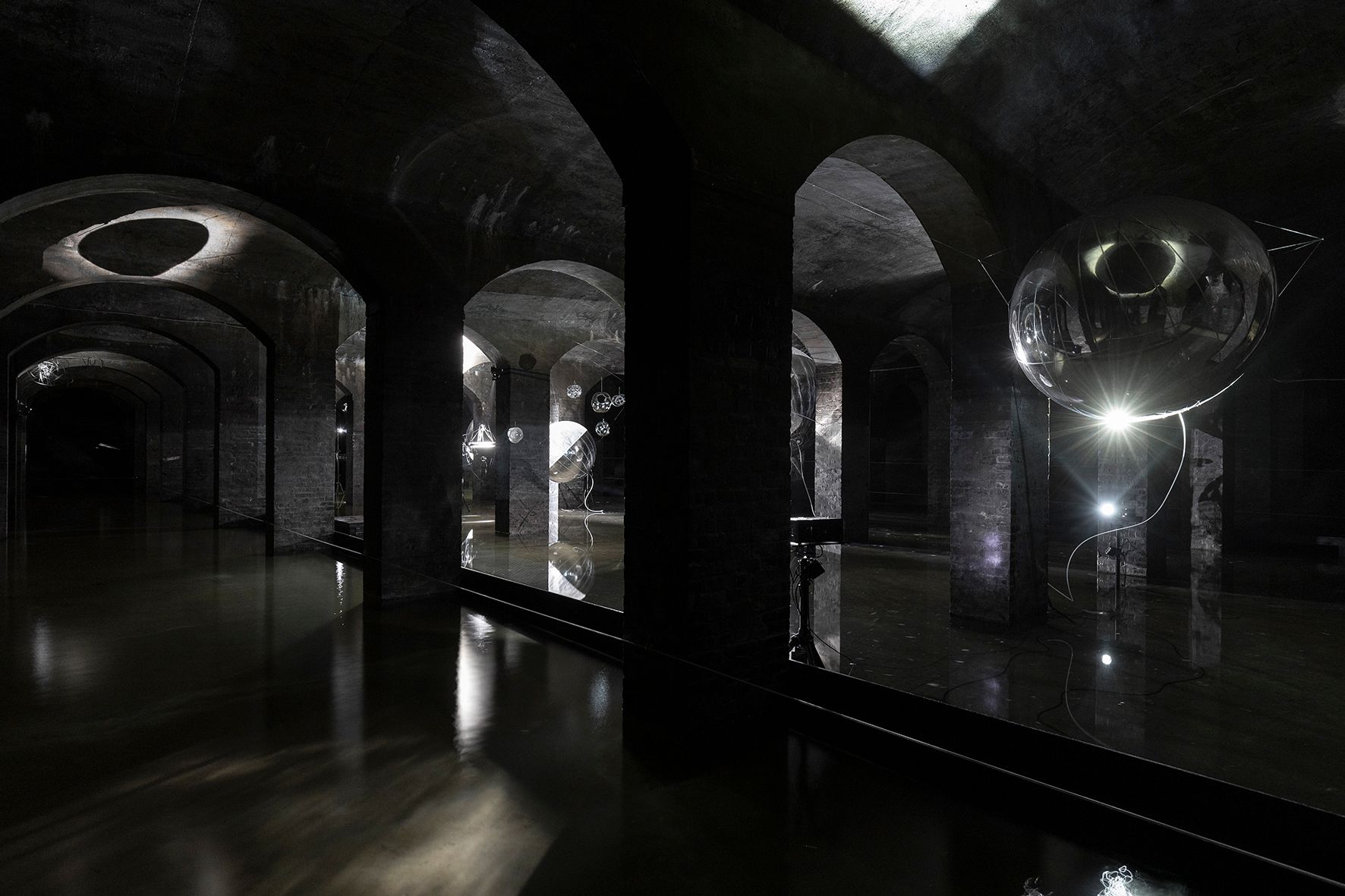 One year on from the point when Covid’s effects on society felt most intensely pre-apocalyptic, art lovers are invited into an otherworldly cave. They must row around a calm sea, discovering illuminated cobwebs and suspended orbs installed in the vaults.

The majority of these works draw inspiration from the architecture of spiders—a long-term fascination for Saraceno. A video piece, Living at the bottom of an ocean of air, follows a species of spider that survives almost entirely underwater. The Argyroneta aquatica weaves its web into a diving bell, a personal pocket of oxygen. In Saraceno’s words, this is "an invitation for biospeculation"—a reminder that nature itself holds the practical and imaginative solutions for survival, if we care to look.

Such "invitations for biospeculation" are characteristic of Saraceno’s practice. He often pairs poetry and science to pose ideas around climate issues; from a worldwide mapping app for cobwebs (Arachnomancy App, 2019) to a flying machine powered by sunlight (Solar Bell, 2016). His Berlin studio connects biologists, mathematicians and astrophysicists. Sareceno himself, however, trained as an architect.

Event Horizon displays an architect’s sensibility towards a difficult but charismatic space. Works are illuminated by dusty projector lights, which are dramatically scattered by the movement of the boats. Viewers are requested not to use their phones. They must also participate silently: the pool has a ripple time of 17 seconds, so every slap of the oar echoes. If guests are talking and texting, then the installation becomes like a fairground ride. The spiritual charge of this experience rests on all viewers obeying the rules. However, despite awareness of collective responsibility, few can resist a polluting whisper—any more than they can resist a cheap plane ticket to the Maldives.