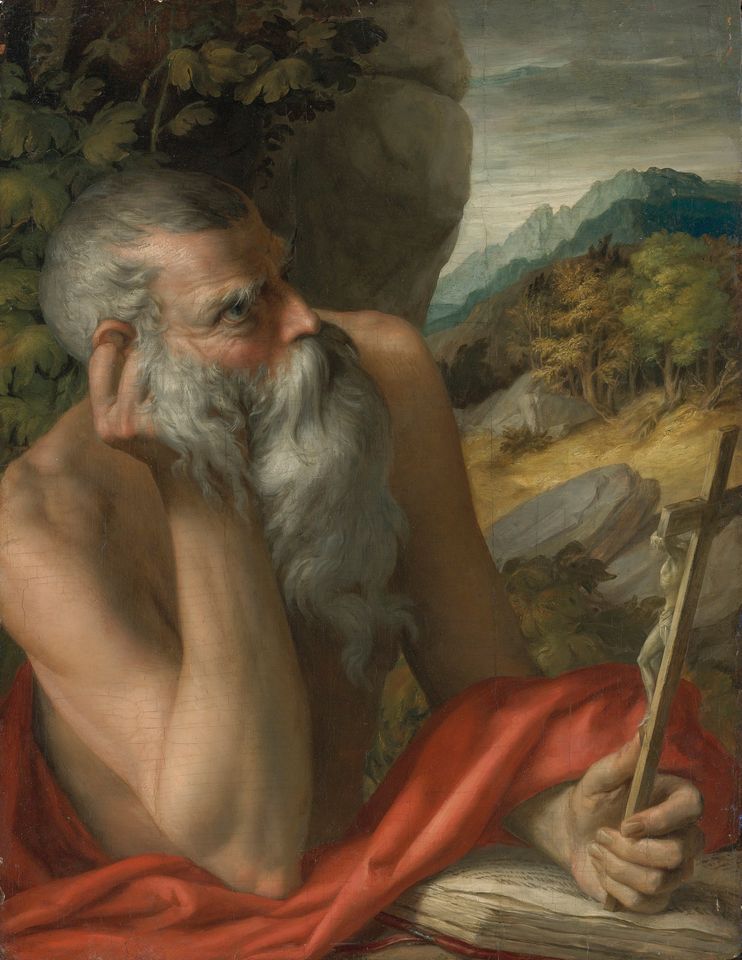 Two separate investigations suggest that Saint Jerome, claimed to be by Parmigianino, is a modern fake Sotheby's

A second expert analysis, by Maurizio Seracini, an Italian expert, has confirmed that a painting of Saint Jerome, formerly owned by the French art dealer Giuliano Ruffini and attributed to the 16th-century master Parmigianino, is a 20th-century fabrication.

Sotheby’s New York sold the painting in 2012 for $842,500, attributing it to “the circle of Parmigianino”. The company rescinded the sale in 2015, refunding its client, after James Martin of Orion Analytical, the Massachusetts-based scientific analysis firm (later bought by Sotheby’s), found a modern synthetic green pigment called phthalocyanine in more than 20 locations on the work.

The auction house then sued the seller, Lionel de Pourrières, a Luxembourg-based dealer, who refused to return the $672,000 he received from the sale. He got the painting from Ruffini, the man at the heart of an earlier forgery claim, involving a painting, Venus with a Veil, sold as a Cranach by Colnaghi in 2013 to the Prince of Liechtenstein. De Pourrières challenged Orion’s results before commissioning a second study from Maurizio Seracini, who ironically now draws the same conclusion. In his report, dated March 2018, of which The Art Newspaper has a copy, he claims that the painting is undoubtedly a forgery.

But, Seracini took a different approach from Martin. He did not test for the synthetic green pigment. Instead, he found a “synthetic resin”, manufactured after 1930, in the varnish and used “as binding media, throughout the layers of the painting”, according to the report. “Infiltration of the surface varnish in the layers underneath should be totally ruled out,” he insists, “since no other binding media was found in the paint layers”. Seracini also detected modern pigments such as zinc sulphide and titanium dioxide in the ground layer, suggesting the forgery might have been made “around the first half of the 20th century”.

Seracini’s theory is that Saint Jerome was painted over another composition covered by an old varnish, which was “either scraped off or cleaned up”. He also notes “long-lasting woodworm activity” and “significant damages” consistent with age on the panel, but not on the painting. The same contradiction was noticed in the painting sold as a Cranach to the Prince of Liechtenstein. Both works, among others, are now sequestered in Paris by order of the judge in charge of a criminal investigation that opened in 2015.

Sotheby’s case in New York was reinforced when de Pourrières’s lawyer withdrew from his defence in February because he had not been paid. De Pourrières has not shown up in court since. So, on 21 May, Sotheby’s filed a motion for a default judgement based, says its lawyer John Cahill, “on two expert reports and what is as good as an admission from the defendant that it is a forgery”. A decision was imminent as we went to press.

No one has been charged in France, and de Pourrières and Ruffini declined to comment on the latest developments. Ruffini says he is “not an expert, nor an art historian or a curator… They [the experts] are the ones who claimed it could be a Parmigianino, not me”.

In its 2012 catalogue description of Saint Jerome, Sotheby’s acknowledged the debate over its authenticity. It was unknown before its attribution to Parmigianino in 1999 by the late Mario di Giampaolo, a friend of Ruffini. Sylvie Béguin, an honorary curator at the Louvre, Paris, agreed, as did other specialists and dealers.

It appeared in exhibitions in Parma, Vienna and at the Metropolitan Museum of Art, New York, after the Sotheby’s sale. Furthermore, Ruffini apparently chose de Pourrières as a middleman for the sale, before accusing him of stealing the work. A criminal investigation started in 2001 in Paris, prompted by an outraged Ruffini, was dismissed in 2006 and the panel recovered by de Pourrières, who claimed he was the sole owner of the work and had paid for it in cash.