The fire is now under control, but the mayor warns people to stay indoors and keep their windows closed 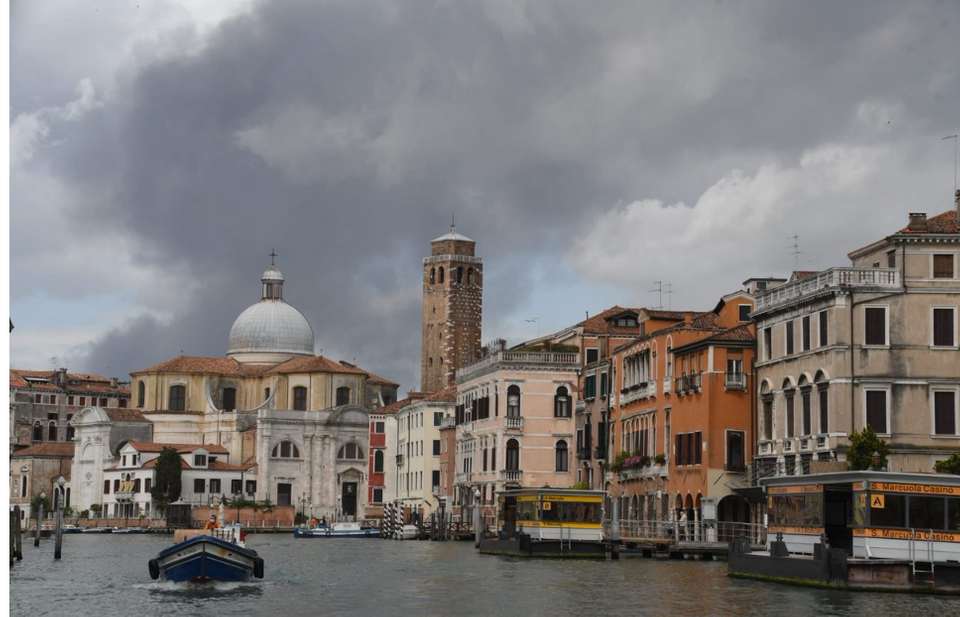 The plume of toxic smoke seen from Venice

An explosion at 10.15 am in the 3V Sigma Spa chemicals factory at Marghera, on the edge of the Venice lagoon, has sent a cloud of toxic smoke up into the air. There are two serious casualties. The online newspaper Ilpost.it reported that the workers at 3V Sigma Spa went on strike some months ago because of inadequate safety measures and irregularities in the storage of materials.

The fire is now under control, but the pollution is serious. Venice town council told people to stay indoors, shut their windows and not eat food grown in the kitchen gardens. Marghera, which is seven kilometres from Venice, has been an industrial zone since the 1920s, with large petrochemical works and a commercial port still used by petrol tankers. Its industries are in decline and the highly polluted area need to be cleaned up, but the money to do so is lacking. The mayor of Venice, Luigi Brugnaro, wants larger cruise ships to dock in this port.