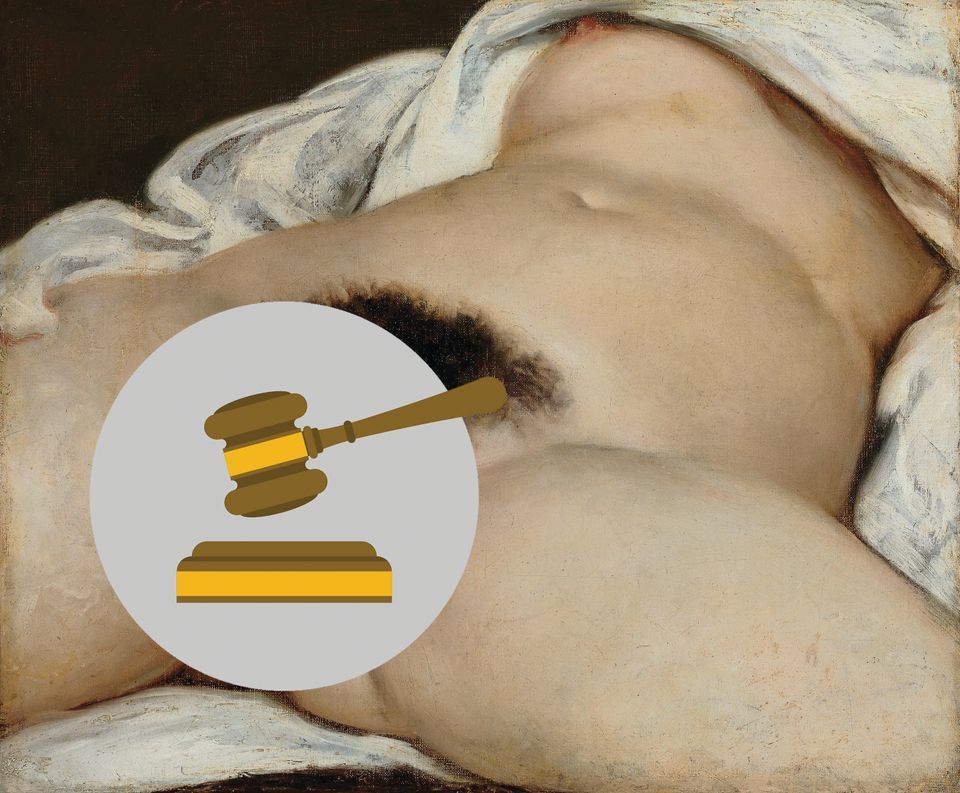 A French street art association is the unexpected beneficiary in the years-long legal battle brought by the French schoolteacher Frédéric Durand-Baïssas against Facebook over censorship claims. The Paris-based group Le Mur (The Wall), which works with artists including A1One and BK Foxx, is due to receive an undisclosed amount from the social media giant, bringing the eight-year lawsuit to an end.

In 2011, Durand-Baïssas sued Facebook for closing his account after he posted a photograph of Gustave Courbet’s 1866 painting L’Origine du monde (Origin of the World), a realistic depiction of a woman’s genitals.

In March last year, a Paris civil court issued a mixed ruling against Facebook over the censorship claims, finding the social media company at fault but dismissing any damages.

The court stated in its written ruling that Facebook failed to fulfill its contractual obligations towards the user. But all of Durand’s demands were dismissed. His claim that Facebook closed his account because he posted the image was “unfounded”, the ruling says. It also denied him the €20,000 in damages he was seeking.

Durand-Baïssas’s lawyer, Stephane Cottineau, said that Facebook had subsequently agreed to make an undisclosed donation to Le Mur, according to the website the Local. A Le Mur spokesman says that the funds will be used to remunerate artists. It is unclear if Durand-Baïssas also made a donation, and why the street art group was chosen as a beneficiary. Facebook did not immediately respond to a request for comment.