Stop the press! The photographers Jim Goldberg, Dru Donovan and Jason Fulford are staging a fake news project in San Francisco based entirely on imagery, sourced daily through the Associated Press (AP). Fake Newsroom, at the Minnesota Street Project, San Francisco (until 29 April), explores aspects of imagery and news today as Goldberg, Fulford and Donovan each take a turn as editor-in-chief of a daily online publication.

The project takes its inspiration from a 1983 project called Newsroom, by the photographers Larry Sultan and Mike Mandel, at the Berkley Art Museum in California. They used AP and UPI newswires, which spat out news photographs when plugged into a phone line. The photographers then created daily and weekly publications made entirely of these images. They also made installations based on themes that emerged from the images. 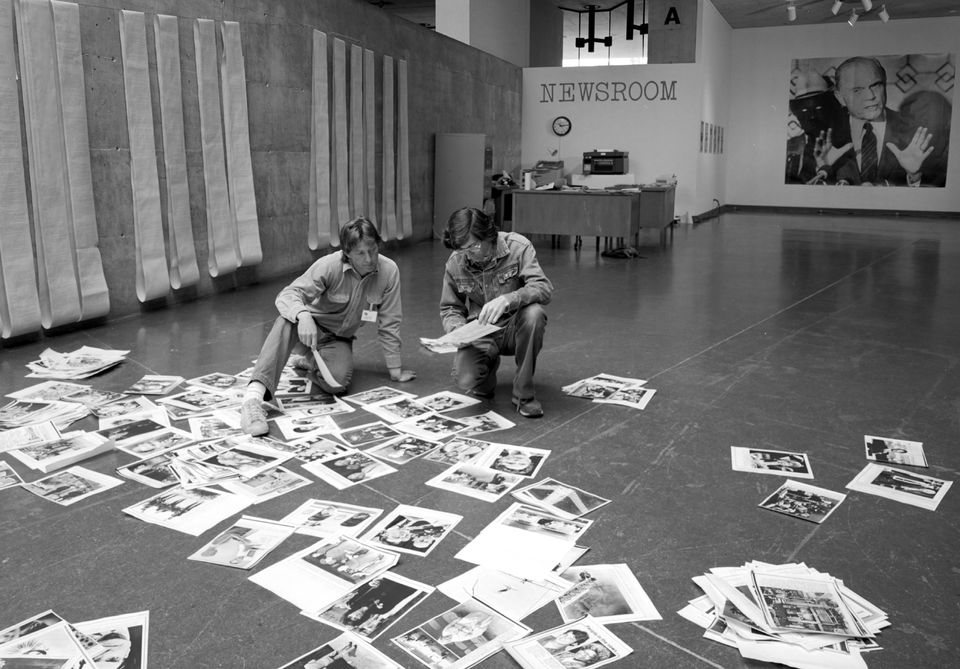 Now, 24 years later and after Sultan’s death in 2009, the two photographers have exhibitions this summer at the San Francisco Museum of Modern Art (SFMoMA) Larry Sultan: Here and Home (until 23 July) and Mike Mandel: Good 70s (May 20–August 20).

To mark the shows, Sultan’s widow, Kelly, and Mandel approached Goldberg, Donovan and Fulford with the idea of restaging the Newsroom.

However, in light of the rise of “fake news”, the photographers christened their project Fake Newsroom. “It’s not really as kitschy or pointed or political—or propaganda-like—as a lot of the fake news that we think about, but maybe a little more subtle, and just thinking about how the meanings of pictures change when you use them,” Fulford says.

The trio have each taken an individual approach to the project, allowing it to evolve organically. Fulford used the AP website to access images and then arranged his favourites into stories according to each section of the paper. Goldberg took a more surrealist approach, allowing chickens into the gallery and staging a live broadcast using a clairvoyant.

Unlike the original project, there will be a permanent record of the publications, online. Sultan’s long-time assistant Donovan is up next as editor-in-chief; she will be looking at the ways we consume photography via the press and social media.

Donovan estimates that up to 3,000 artists and photographers will have been part of the project, participating directly at the gallery or through the use of their online images. She is opening up the project to the public on Friday 28 April, when visitors will be invited to participate in editing and contributing to the day’s issue.