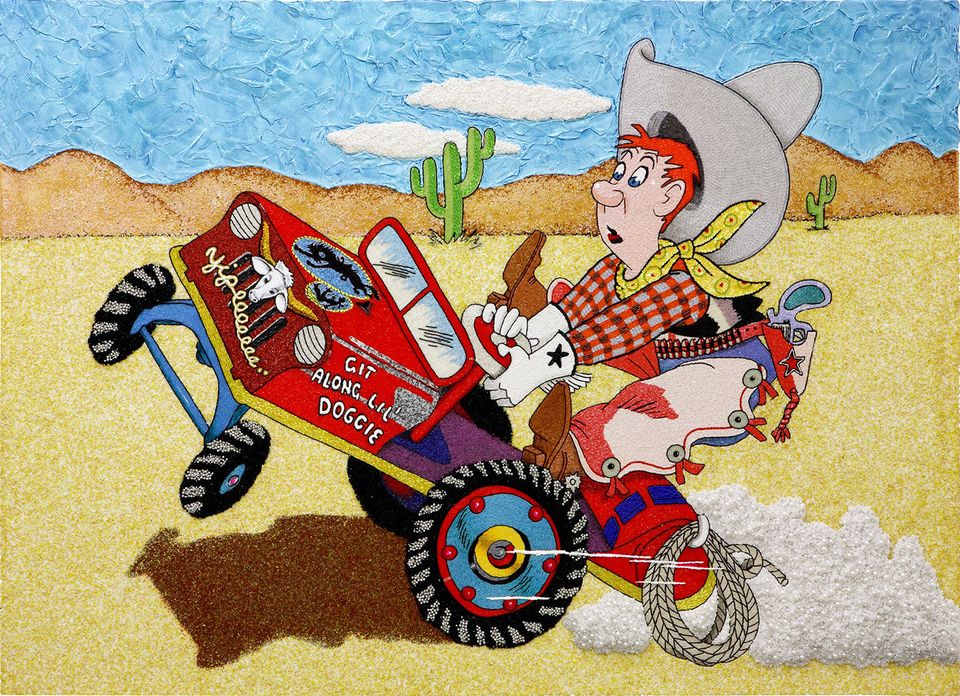 The Iranian artist Farhad Moshiri, who is often dubbed the Middle East version of Andy Warhol, is bringing his works to the US in a show due to open, appropriately, at the Andy Warhol Museum in Pittsburgh next month (Go West; 13 October-14 January 2018). Shiraz-born Moshiri—known for his opulent paintings made from materials such as glass beads and crystals—is showing 33 works in his first solo museum exhibition.

Once upon a time (2011) will come from the Khazaei Foundation, a Middle Eastern organisation. The work is heavily decorated with frosted borders and intricate beading (Moshiri used an old frosting set to apply the paint, working like a pastry chef). Loans from the Dubai-based Farjam Foundation include the video installation Crash (2011).

Some paintings and sculptures, including Faghat Eshgh (Only Love) (2007), have not been seen in the US before. Other significant works on show include the embroidery piece Yipeeee (2009) drawn from a private collection.

Moshiri’s art is nearly always described as kitsch, but the show aims to highlight the “subtle transformations” in his work over the past three decades, the organisers say. “He is very complex. Farhad Moshiri’s appropriation of American and Iranian culture has led many critics to confine his work within the genre of Pop,” Diaz says. Moshiri studied in the US at the California Institute of the Arts in the 1980s, later returning to Iran.

“The artist has actually cited a variety of artists, styles and movements that have influenced him. In addition, Moshiri’s success has led many admirers to unfittingly label him as a regional version of Jeff Koons or Andy Warhol. I have found that the strongest similarity between Warhol and Moshiri is their ability to remain unrestrained by a single source of inspiration or medium,” Diaz adds. 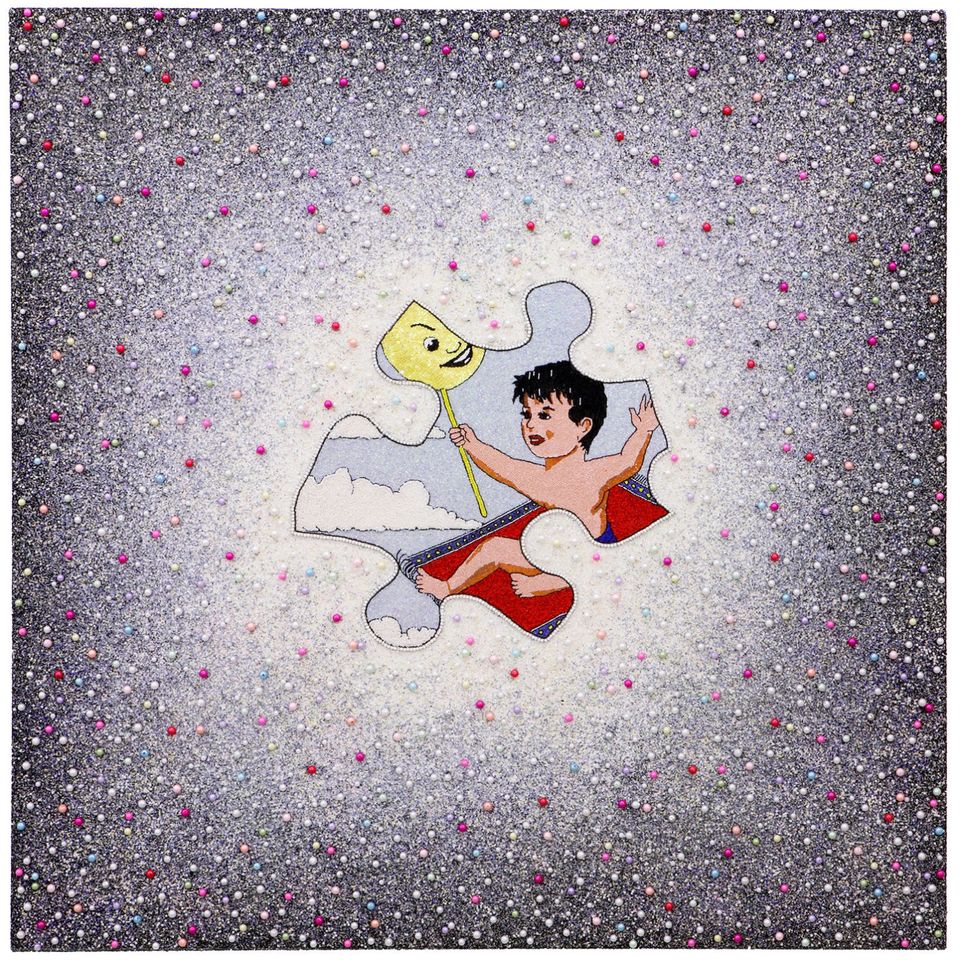 Numerous high-profile private collectors, including London-based Fatima and Essi Maleki, and Maryam and Edward Eisler, are backing the show (they are among 21 sponsors listed on the museum’s website).

“This is an important exhibition because, as the world closes itself off to the United States, we have begun to close our own borders. The Warhol is committed to cultural exchanges,” Diaz says.