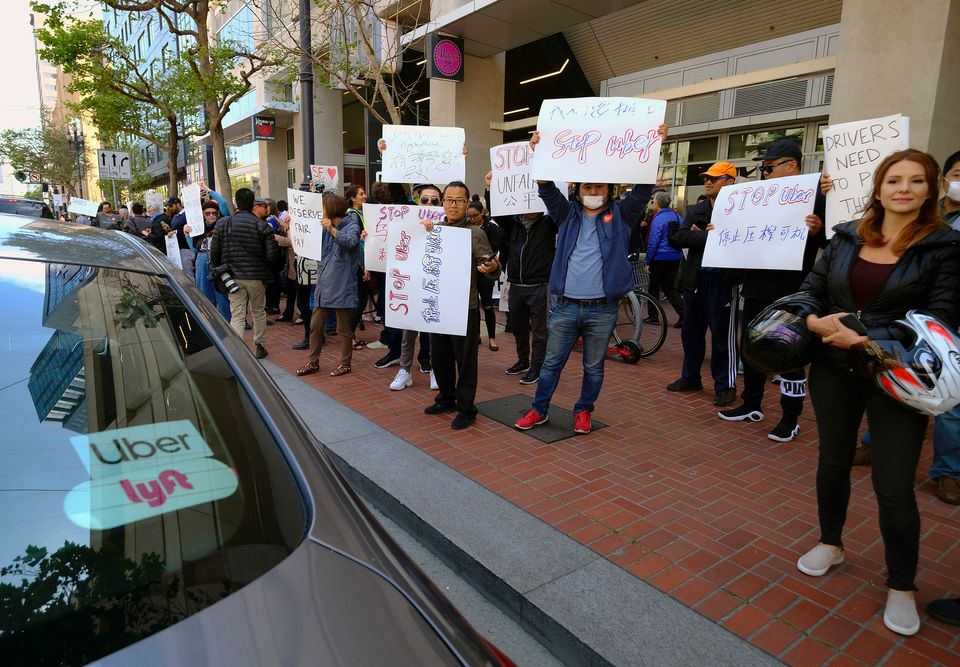 With California’s new gig economy law, Uber and Lyft executives are worried that the business model of ride-sharing companies will collapse. Music industry associations are warning that recording studios will flee Los Angeles for Nashville or New York. In the art world, nobody is quite so alarmist, but experts say it could affect some culture workers and the companies that hire them, including independent curators and art handlers.

Known as AB-5 Worker Status: Employees and Independent Contractors, the law was approved by the California Assembly and Senate and quietly signed by Governor Gavin Newsom. It solidifies a California Supreme Court decision from 2018 in which the court judged that Dynamex, a courier and shipping service, could not reclassify its drivers from employees to independent contractors as a way of cutting costs. The law ensures that such a driver would be considered an employee and receive appropriate protections and benefits at the state and federal level.

“This is probably the biggest development in the field of California employment law in the last 10 years,” says Spencer Hamer, an employment lawyer at the international firm K&L Gates. “It’s a change of landscape on so many fronts. Everyone from all different industries is watching to see what will happen in Sacramento.”

Thaddeus Stauber, head of arts and cultural institutions at the law firm Nixon Peabody, noted: “If you manage a business, whether it’s art world or food services, California is saying no to the idea that you can build a business model on independent contractors without taking responsibility for their employment and overall well-being.”

The law puts the burden on companies to prove that anyone they classify as an independent contractor meets the ABC test: A-—“The person is free from the control and direction of the hiring entity in connection with the performance of the work, both under the contract for the performance of the work and in fact”; B –“The person performs work that is outside the usual course of the hiring entity’s business”; and C—“The person is customarily engaged in an independently established trade, occupation, or business of the same nature as that involved in the work performed.”

The law already carves out many exceptions for particular professions, including accountants, real estate agents, insurance brokers, doctors, dentists, lawyers, engineers, private investigators, salespeople and commercial fishermen. In the cultural sphere, architects, graphic designers, grant writers, and fine artists are identified as exempt, as are photojournalists and journalists who contribute fewer than 35 times a year to a particular company or publication.

But prolific freelance photographers and writers, and other art professionals not named in the law such as independent curators, catalogue researchers and art handlers, could be affected. And Hamer notes that the law applies to California residents working for out-of-state companies as well.

The B requirement, which is getting the most attention, seems an especially high hurdle to clear. If a plumber comes to fix a leak in a gallery, his services would clearly fall outside the usual course of business according to the Dynamex ruling, and that person could remain an outside contractor. But if an art handler comes in to hang a painting, it would be hard to argue that the job is not part of normal gallery business. Hard, perhaps, but not impossible: Uber’s chief legal counsel, Tony West, already argues that driving is not Uber’s core business, which he says is “serving as a technology platform for several different types of digital marketplaces”.

For this reason, the Los Angeles art lawyer Christine Steiner believes independent curators, art handlers and conservators might be affected. “If your bread and butter comes from one or two institutions, you could end up being considered a part-time employee of both.” She predicts that many of these independent contractors will form their own businesses, to retain tax deductions. Stauber wonders whether some art college workers will need to be reclassified as employees. While adjunct faculty are typically considered part-time employees, he says he can imagine other cases where “we’ll have to take a step back and look at these relationships”.

Neither Stauber nor Steiner, though, predict major changes in recruitment practices in museums, galleries or universities. According to Steiner, the history of California’s progressive employment laws means that major museums and similar institutions already tend to follow best practices.

“The museums and foundations that I know are very savvy about this already—they’re already doing the right thing, because they have to register with IRS and get employment counsel,” she says. “But if you’re a smaller arts organisation, you now need to be attentive to this.”