Female Old Masters finally get their day in the sun

Female Old Masters are enjoying a belated renaissance. A major survey of the 18th-century French portraitist Elisabeth Louise Vigée Le Brun drew crowds at the Grand Palais in Paris, the Metropolitan Museum of Art in New York and the National Gallery of Canada in Ottawa in 2015 and 2016. Madrid’s Museo del Prado recently devoted its first exhibition to a female artist, the Flemish Baroque still-life painter Clara Peeters. Conservators at the Tate in London are preparing its earliest work by a woman—the newly acquired Portrait of an Unknown Lady (1650-55) by Joan Carlile—for display at Tate Britain in 2018. And 30 paintings by Artemisia Gentileschi—arguably the greatest female artist in history—are currently on show in Italy alongside those of her male peers at the Museo di Roma (Artemisia Gentileschi and Her Times, until 7 May). At Tefaf (The European Fine Art Fair), Maastricht, Shapero Rare Books is exhibiting illustrations by the German naturalist Maria Sibylla Merian (1647-1717), who will also be the subject of shows in Berlin and Frankfurt this year. 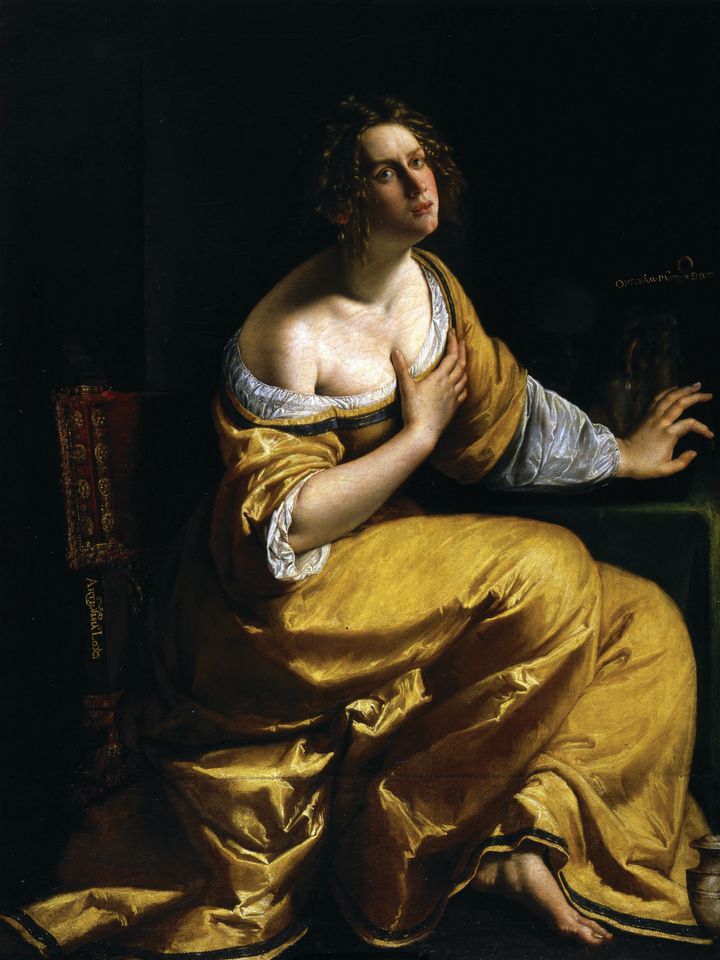 “I think we are overdue and ready to bring back great female artists of the past,” the director of the Galleria degli Uffizi in Florence, Eike Schmidt, tells The Art Newspaper. Inspired by a conversation with the US-based feminist collective the Guerrilla Girls, Schmidt has pledged to show more work by women. Florence’s little-known first female painter, the self-taught nun Suor Plautilla Nelli (1523-87), will be the subject of a display opening on International Women’s Day at the Uffizi (Plautilla Nelli: Convent Art and Devotion in the Footsteps of Savonarola, 8 March-4 June). The show anticipates a broadly chronological series of exhibitions drawing on the museum’s collection that “could easily go on for 20 years”, Schmidt says.

Female artists who were successful in their own time have long languished in obscurity. After seeking—and failing to find—more information on Peeters when they visited the Prado in the 1960s, the US collectors Wilhelmina and Wallace Holladay founded the world’s only museum dedicated to art by women. The National Museum of Women in the Arts (NMWA) in Washington, DC, now counts 42 artists from the 16th to the 19th centuries among its 5,000-strong collection. “We call them Old Mistresses,” says its director Susan Fisher Sterling, citing the pointed term introduced by feminist art historians in the 1970s. “By the 1900s, those early artists tend to fade away. It is like being an old mistress—you’re part of the scene one day and then you’re not.”

But curators of older art hoping to redress the historic gender imbalance face a supply problem. The holdings of the Uffizi reflect the progressive ideals of its founding fathers, the grand dukes of Tuscany. Pickings are slimmer at other European institutions that inherited royal and elite collections and at US museums, which developed later. “What we have reflects a time when it was very hard for women to enter the professional sphere,” says Alejandro Vergara, the Prado’s senior curator of Flemish and northern European paintings, who organised the Peeters show.

The Old Masters market lacks the volume to make targeted acquisitions of women’s art possible, says Katharine Baetjer, the European paintings curator who brought the Vigée Le Brun show to the Met. The department owns no more than 15 works by women, she says. The Met is, however, displaying a new Angelica Kauffmann portrait, donated in 2016 by the Milan-based dealer Carlo Orsi.

“Quotas and statistics are not necessarily the way forward for women artists in the 1500 to 1900 period,” says Tabitha Barber, the Tate’s curator of British art, 1550-1750. “Our position is that women have always painted, and their contribution to art history needs to be recognised.” Since 2009, the Tate has acquired six works by earlier female artists, four of which are currently on view at Tate Britain.

Crucially, almost half a century since the publication of Linda Nochlin’s 1971 essay, Why Have There Been No Great Women Artists?, there is a “generation of scholars—female and male—that are finding quality in women artists”, Sterling says. The drive to expand the canon in academic research and museum exhibitions is also generating new discoveries. 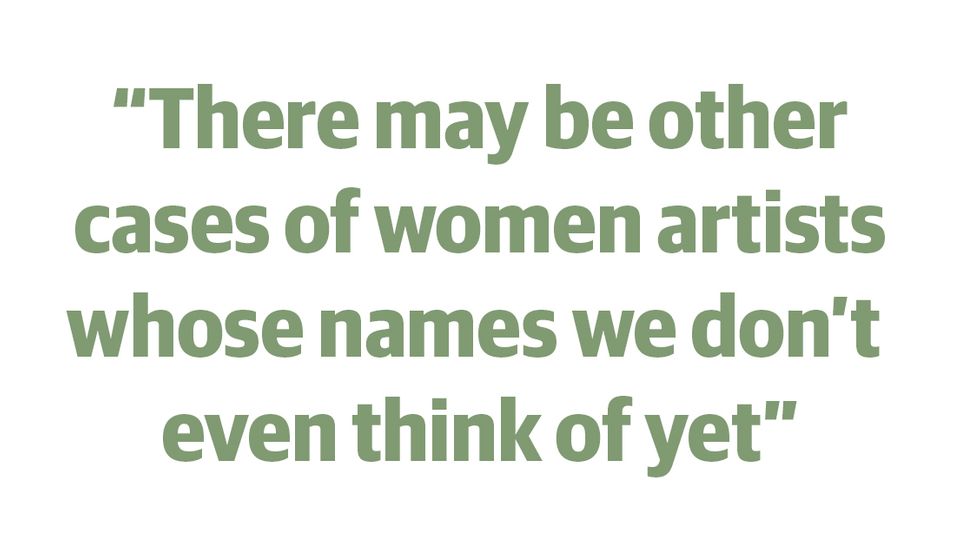 “The good news is that since female artists of the past are understudied, you always find additional works that have not been known,” Schmidt says. The inventory of Plautilla Nelli’s works has swelled from three to at least 19 in the past decade. “People are starting to discuss what constitutes a Nelli, what constitutes Nelli’s school,” says Linda Falcone, the director of the Florence-based Advancing Women Artists Foundation, which paid for the restoration of seven works in the Uffizi show.

A rare late self-portrait by the Dutch Golden Age painter Judith Leyster sold at Christie’s in London for £485,000 (with fees, est £400,000-£600,000) last December after resurfacing on an English country estate. “Given the academic process of identifying paintings and tracking them down, it’s very possible that more works by her will be discovered,” says Christie’s Old Master specialist Alexis Ashot. Leyster’s entire oeuvre was unknown for centuries, until in 1893 a “Frans Hals” at the Louvre was revealed to contain her overpainted signature. “There may be other cases of women artists whose names we don’t even think of yet,” Ashot says.

Perhaps ironically, the re-emergence of “Old Mistresses” will rely on the traditional practice of Old Master connoisseurship. The dealer and broadcaster Bendor Grosvenor bought the Carlile portrait as a “sleeper” in a regional English auction in 2014 for £4,200 (hammer price), selling it to the Tate for £35,000. “It is sometimes the case that female artists, because they were obliged to operate outside the usual systems of patronage and study, painted in styles that [look] less like their peers,” Grosvenor says. “The painting of Joan Carlile was really quite easy to identify because she painted quite unlike anyone else at the time.” 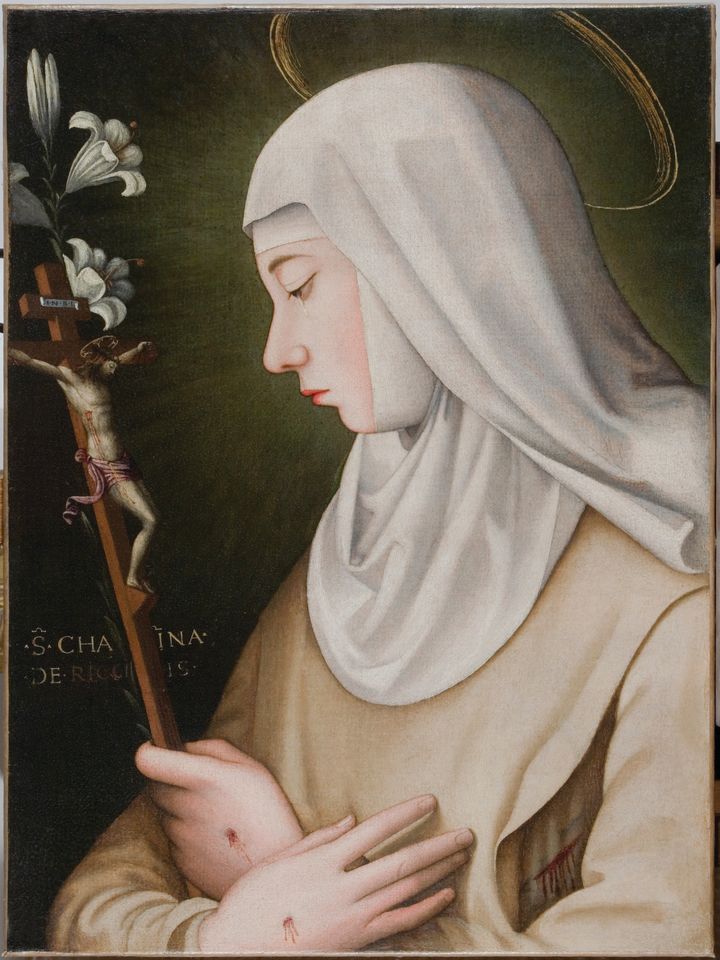 Plautilla Nelli entered the Dominican convent of Santa Caterina da Siena in Florence at the age of 14. The community followed the fanatical friar Girolamo Savonarola, who promoted religious art (and burnt secular “vanities”). Nelli painted for external patrons as well as the convent, training other nuns in turn. Giorgio Vasari wrote that “there were so many of her paintings in the houses of gentlemen in Florence, it would be tedious to mention them all.” Several of her works were attributed to the circle of Fra Bartolommeo, from whom she inherited a cache of drawings. 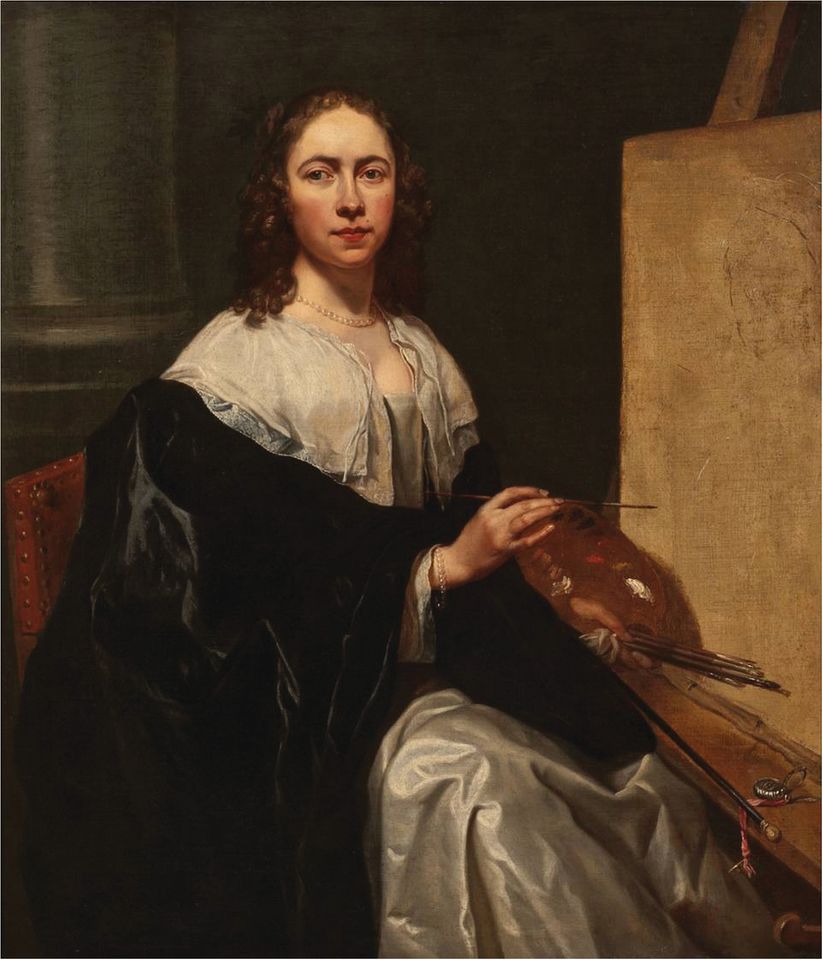 The Flemish painter Michaelina Wautier was born in Mons and was active in Brussels around 1650. While fewer than 30 of her works are known (only some of them are signed), they range across the genres, including portraits, flower still-lifes, religious scenes and large-scale history pictures; the last, most prestigious category of painting was effectively barred to women at the time because they were unable to study the nude figure. The first comprehensive exhibition of Wautier’s works is due to open at the Rubenshuis in Antwerp in June 2018. 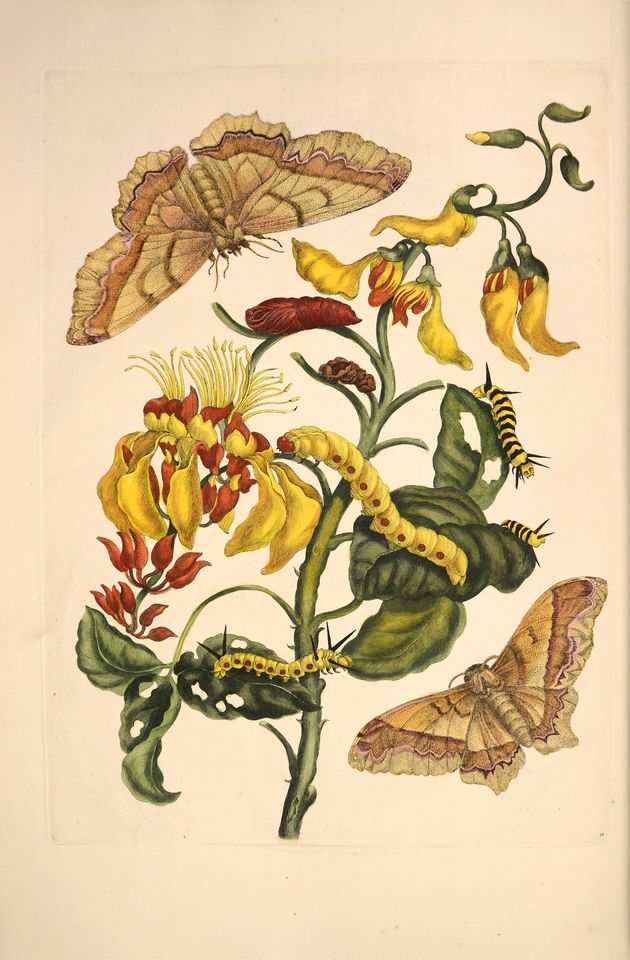 The German-born illustrator and naturalist was trained in flower painting by her stepfather. She married a painter and published her first scientific book, a study of the life cycle of butterflies, in 1679. She left her husband and moved to progressive Amsterdam, embarking on an expedition to the Dutch colony of Surinam in 1699. The resulting volume with 60 engravings of flora and fauna sealed her international reputation. A joint show at Berlin’s Kupferstichkabinett (7 April-2 July) and Städel Museum in Frankfurt (11 October-14 January 2018) and a conference at the University of Amsterdam (7-9 June) will mark the 300th anniversary of her death this year.