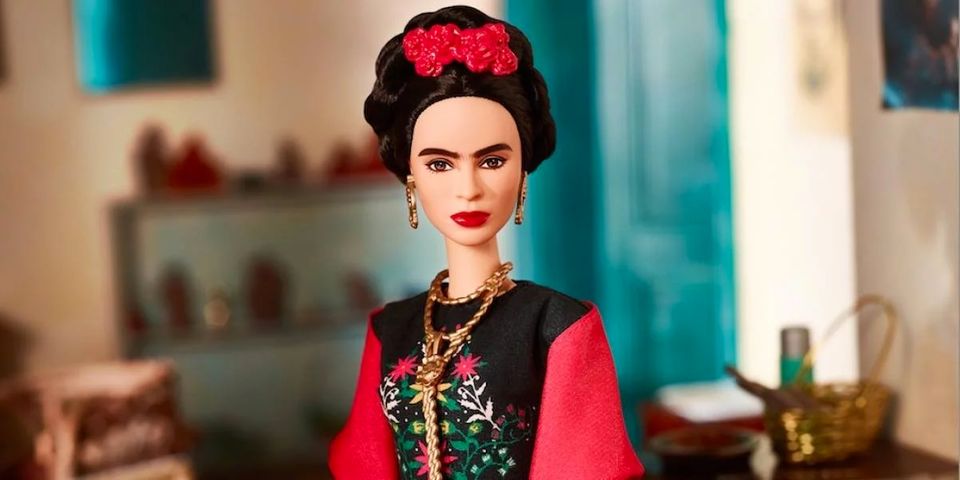 The dispute over Frida Kahlo’s branded legacy—which escalated in March over the release of a Barbie doll modelled on the Mexican artist—has taken a new turn, with the Frida Kahlo Corporation (FKC) suing the artist’s grandniece. In a complaint filed on Monday in a US District Court for Southern Florida, the corporation claims that Mara Cristina Romeo Pinedo has undermined and defamed the company and is illegally using the Frida Kahlo trademark. Pinedo, and her daughter, Mara de Anda Romeo, have spoken out publicly against the new Frida Kahlo Barbie and succeeded in temporarily halting the sale of the dolls in Mexico by court order last month.

As the current complaint notes, Pinedo is herself a shareholder and director of the corporation, which licenses the late Mexican artist’s image and name on products ranging from Converse to tequila. Pinedo—who is the daughter of Isolda Pinedo Kahlo, Frida’s niece—and other shareholders formed the corporation in 2004 “with the goal of commercializing the ‘Frida Kahlo’ brand,” according to the complaint. The corporation says it own all the rights to that brand worldwide, having obtained them from Isolda Kahlo.

A written trademark assignment filed with the US Patent and Trademark Office in 2007 and obtained by The Art Newspaper seems to bear this out. Designating Kahlo as the assignor, represented by Pinedo through power of attorney, and the Frida Kahlo Corporation as the assignee, it transfers “full and exclusive rights, titles and interests” for a slew of trademarks for the name “Frida Kahlo” as well as the phrase “Pasion por la vida” (a passion for life) and Frida Kahlo-branded tequila. “It is expressly agreed and understood that if The Assignee is the owner of any other trademark application that includes the denomination ‘FRIDA KAHLO’, the instant agreement includes it,” the filing states.

In the Florida complaint, the corporation accuses Pinedo of trademark infringement, saying that she and her daughter have set up a competing website, fkahlo.com, where they “expressly offer goods and services, using the trademark FRIDA KAHLO, a trademark that is identical to Plaintiff’s FKC Trademarks.” The document also charges Pinedo with defamation, claiming that her public statements questioning the corporation’s ownership of the Kahlo brand have caused the it to lose “at least one” licensing opportunity.

The complaint specifically mentions the dispute over the Frida Barbie. The company alleges that Pinedo, despite knowing about the corporation’s partnership with Mattel, purposefully condemned the doll when news of it was announced, calling her actions a “fraudulent campaign against FKC”. At the time, Pinedo and Romeo claimed the corporation didn’t have the right to use Kahlo’s likeness and criticised the doll for not having “a real Mexican costume” or a unibrow. Their comments echoed many made by members of the public—as well as the actress Salma Hayek, who portrayed the artist—who took issue with the doll’s light skin and able body. They also noted more generally the cognitive dissonance of turning a fiercely Communist artist who rejected societal beauty standards for women into a version of the world’s most popular doll, known for being so thin as to be anatomically impossible.

Although Pinedo and Romeo have since won a temporary injunction against the sale of the Friday Barbie in Mexico, the intellectual property lawyer Barry Werbin of Herrick, Feinstein, LLP, notes that the ruling has no effect outside of that country. He adds that in the US, the use of someone’s likeness is known as the right of publicity, which is distinct from trademark rights and whose enforcement varies by state. That means making a case against the doll here could require a different approach.

The dispute between Frida Kahlo’s descendants and the FKC has been going on for nearly a decade. Pinedo and Romeo say that the corporation began leaving them out of decisions in 2009. “They never tell us what they’re doing, how they’re doing it, why or with whom,” Romeo told El Universal last year. According to that article, the pair notified the FKC of a breach of contract, thus effectively terminating their agreement and rescinding the corporation’s rights to use the Kahlo brand.

Werbin, however, says it seems like the FKC has “a pretty strong case”. If Pinedo has an issue with the direction or management of the company, “that’s a purely corporate law issue. It has nothing to do with who should own the trademark rights”, which, in the US, “are based on use, whether you have a registration or not. [The FKC has] been using it for years, and if the defendant hasn’t objected until recently, that’s a problem.”

In its lawsuit, the FKC asks for a court order declaring it the “proper owner” of the Kahlo trademarks. Additionally, the corporation is seeking orders to force Pinedo to shut down her website and social media accounts, as well as at least $75,000 in compensatory damages.