Royal Navy statues are being made shipshape and ready for installation at The Box, opening in 2020 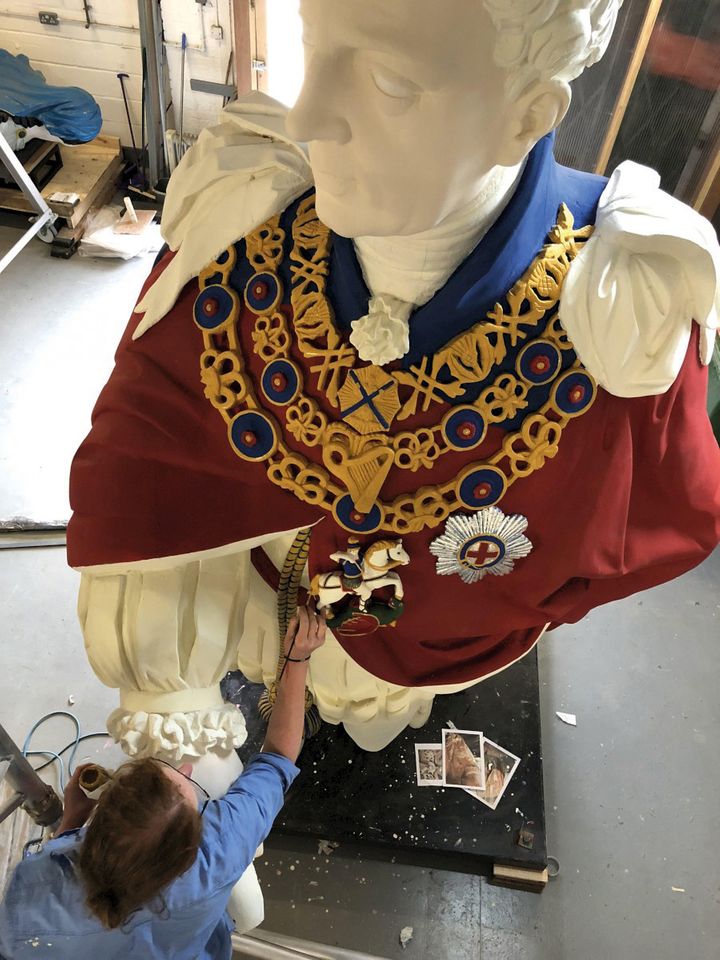 A conservator works on “King Billy”, the figurehead of the 1830s HMS Royal William Courtesy of Orbis Conservation

Meet Royal William, also known as “King Billy”. At more than four metres tall, he is the largest of five historic ships’ figureheads undergoing treatment ahead of their installation at The Box, a new arts and heritage complex that is due to open in Plymouth in 2020. On loan from the city’s National Museum of the Royal Navy, the 19th-century wooden statue of William IV, which once adorned the 1830s 120-gun warship HMS Royal William, is among a group of 14 figureheads that will be displayed at the new centre.

All of the five statues that are being treated in the London studio of Orbis Conservation require full conservation, consolidation and restoration work. In the 1950s and 1960s, they were coated with glass-reinforced plastic, which not only masked original, finely carved details, but also trapped remaining water in the timber, causing it to shrink and deteriorate.

The team used sonic tomography—a non-invasive technique used to assess the internal structure of trees—to analyse the structural integrity of the timber in areas not easily accessed. The analysis revealed that Topaze, the figurehead from the 1850s 51-gun warship HMS Topaze, which ferried two Easter Island statues now in London’s British Museum to England, was in particularly bad shape as most of its wooden core was rotten. They were able to remove the rotten core while preserving the outermost timber shell with its original carved detail. Orbis is also working on a colour scheme for the figureheads based on historical research, paint analysis and expert opinions.