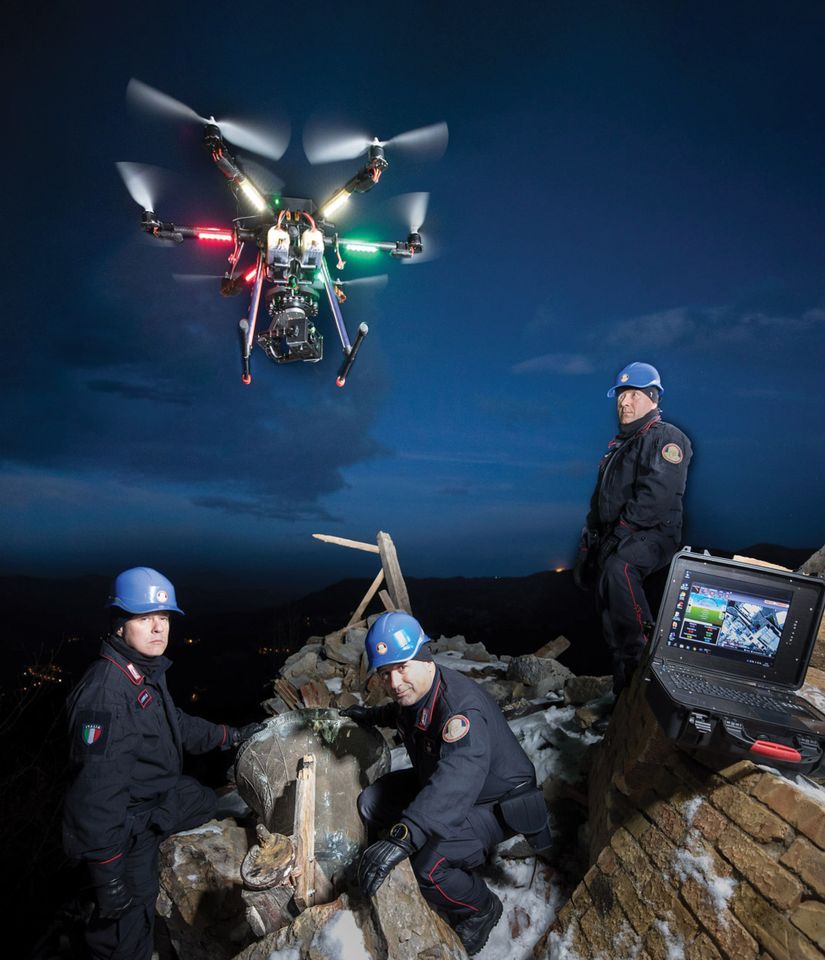 Eye in the sky: the carabinieri are now using drones to help their investigations © Carabinieri TPC

Fewer art and cultural heritage works were stolen in Italy in 2020 compared with the previous year, according to the annual report of the Carabinieri TPC, the country’s police force dedicated to recovering stolen art. The drop was partly caused by the pandemic, which also forced dealers in stolen art online, but is part of a longer-term downward trend driven by increasingly high-tech security and surveillance technology, General Roberto Riccardi, the head of the unit, tells The Art Newspaper.

“The impact of Covid-19 [on the figures] cannot be excluded. Places of worship, museums, galleries and libraries were all closed for long periods, thus reducing opportunities for thieves to steal works,” Riccardi says. With markets such as antiques shops and auction houses closed, the Carabinieri ramped up online searches. “Stolen work turned up in digital auction catalogues as well as on websites and Facebook pages. Dealers were often unaware that they were handling stolen works,” he says.

Searches via the Carabinieri’s electronic catalogue of 1.3 million stolen goods, which is the oldest and largest such database in the world, will soon be enhanced with an automated system that will scour the internet for matching works. The pilot programme, which is being developed with a €5m grant from the EU and will be made available to Interpol, should be operational by the end of next year. In another pilot scheme, the Carabinieri are collaborating with the Pompeii Archaeological Park to develop a state-of-the-art drone-based surveillance system, which will be a model for other similar sites.

Using satellite images and footage taken from helicopters and drones, the Carabinieri completed an investigation of looters operating in an Ancient Greek archaeological site in Calabria; the investigation led to 23 arrests and the recovery of 104 items in several countries.