From trafficked treasures to the ravages of climate change: the heritage headlines of 2019

We look back at the biggest stories of the year 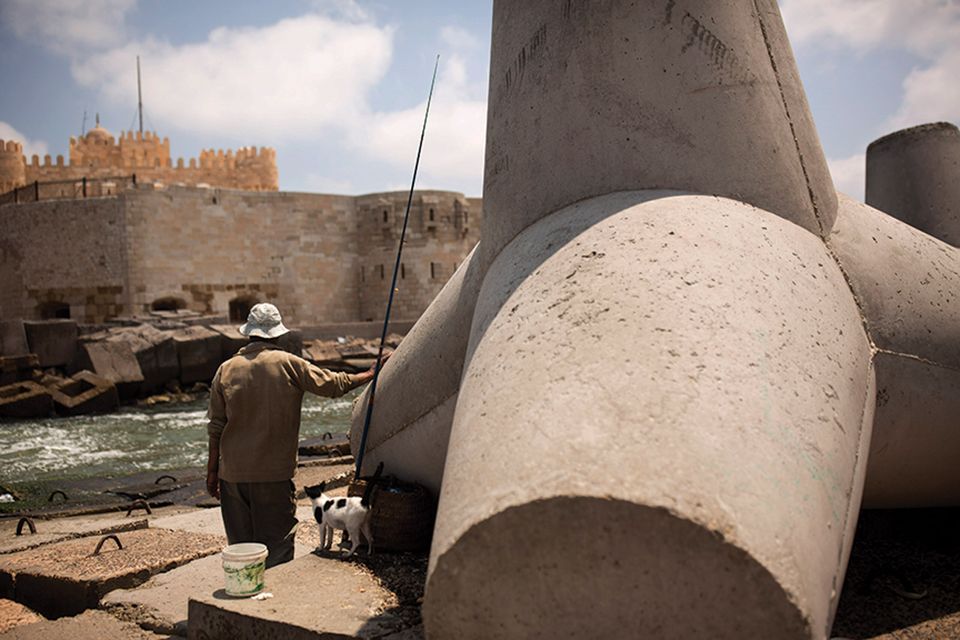 Flood defences in the Egyptian city of Alexandria, where heritage sites are under threat due to climate change © AP Photo/Maya Alleruzzo

The most gripping heritage story of 2019 was undoubtedly the fire that ravaged the Cathedral of Notre Dame in Paris in April, horrifying viewers around the globe as it consumed the building’s spire and roof. While the cathedral’s religious objects and most of its works of art were rescued during the blaze, the structural integrity of the 800-year-old building was deeply compromised. France’s president, Emmanuel Macron, immediately vowed to rebuild the cathedral within five years, but more than 1,100 conservation experts signed a petition warning that the complex restoration project must not be rushed. 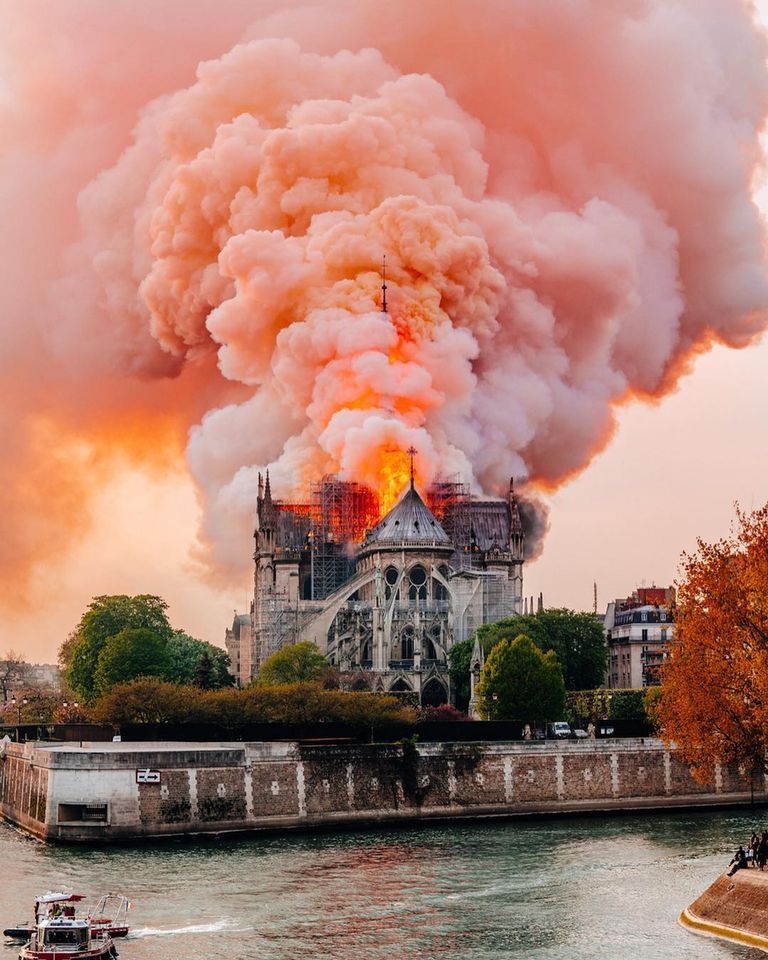 French lawmakers voted in July to create an agency to take charge of the restoration, but debate persists about many elements of the project. Opinion is divided on whether the cathedral’s roof timbers, made from trees that were felled in the 12th and 13th centuries, should be replaced by similar old-growth wood or a more modern material such as iron or concrete. And while the government quickly announced a design competition to replace the destroyed 19th-century spire, many conservators—and the cathedral’s chief architect—insist the original must be duplicated.

Heritage advocates also called attention to the abundance of ancient treasures offered for sale on Facebook after being pillaged in conflict zones in the Middle East. A report by the Antiquities Trafficking and Heritage Anthropology Research Project identified 95 Arabic-language Facebook groups engaging in the illicit antiquities trade. News coverage of the report led Facebook to remove 49 of the groups. 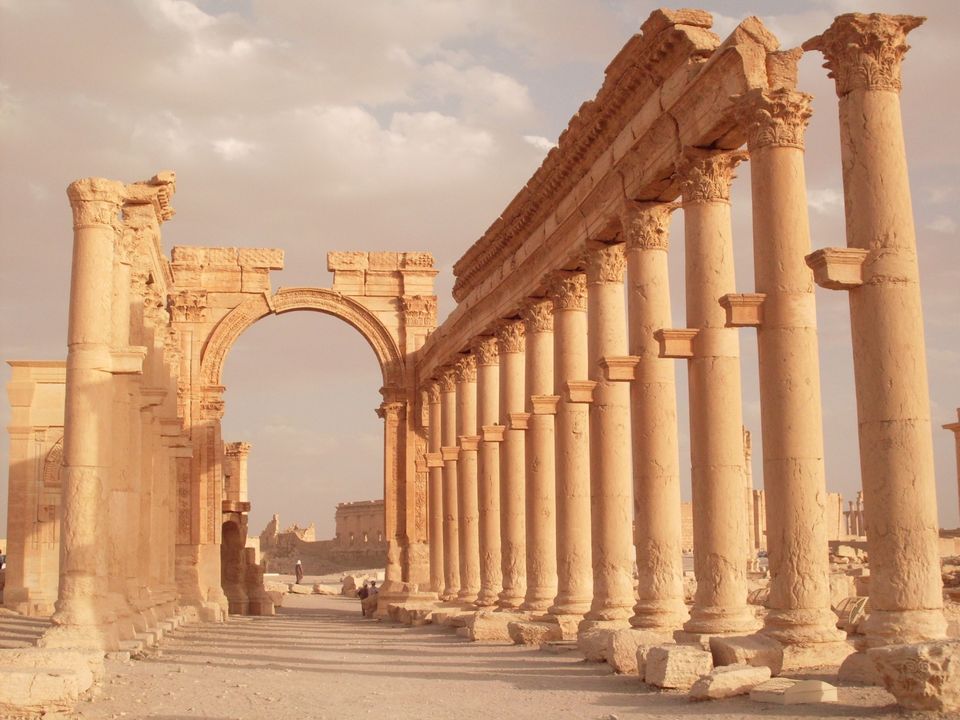 Palmyra in Syria, before the destruction by Isis and other armed forces

Meanwhile, much-heralded plans by the Russian and Syrian governments to restore the ancient city of Palmyra, where Islamic State fighters destroyed temples, tower tombs and other precious remains four years ago, were finally confirmed in late November when representatives for the State Hermitage Museum and the Russian Academy of Sciences signed a co-operation agreement in Damascus with Syria’s Directorate General of Antiquities and Museums (DGAM).

Climate change remained a growing concern as new research indicated that rising seas could affect far more people than previously believed. The phenomenon threatens to erase heritage sites in many of the world’s coastal cities, from New Orleans to Alexandria to Shanghai. Last month, Venice was hit by its worst flood since 1966, which mayor Luigi Brugnaro attributed to climate change. 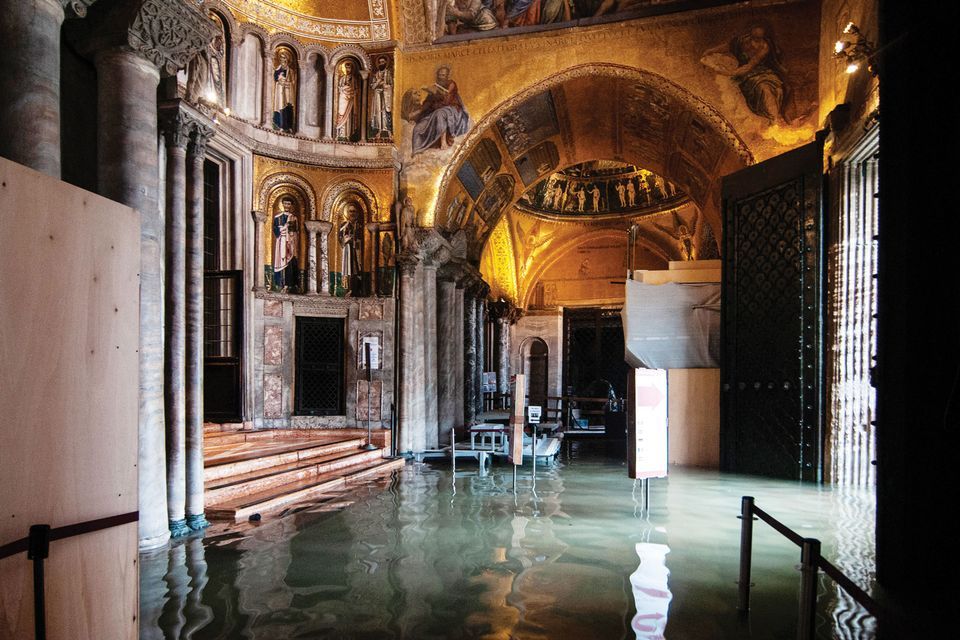 The Basilica of San Marco's crypt was half filled with water and the narthex flooded to a depth of 70cm Photo: Simone Padovani/Awakening/Getty Images

There are signs, however, that the art world is finally taking more concrete steps to polish its green credentials. Over the summer, the International Council on Monuments and Sites (Icomos) issued a report attesting to the policy relevance of cultural heritage in addressing climate change.

The Climate Heritage Network, a new organisation administered by Icomos, was launched in October to raise the profile of the sector at major international climate change negotiations, with archaeologists, architects, conservators, curators, researchers and policymakers all urged to get involved. The network’s memorandum of understanding argues that culture can play a role in cutting greenhouse gas emissions, championing traditional building techniques and helping communities plan for “inevitable” loss.

Development pressures remained a consistent threat to heritage sites around the world, as reflected in the 2020 watch list by the World Monuments Fund. Among the more striking examples on the list was the Sacred Valley of the Incas between Cusco and Machu Picchu in Peru, where a project is under way to build an airport near 15th-century Inca ruins. Experts have expressed concern about the threat to the landscape and indigenous communities.