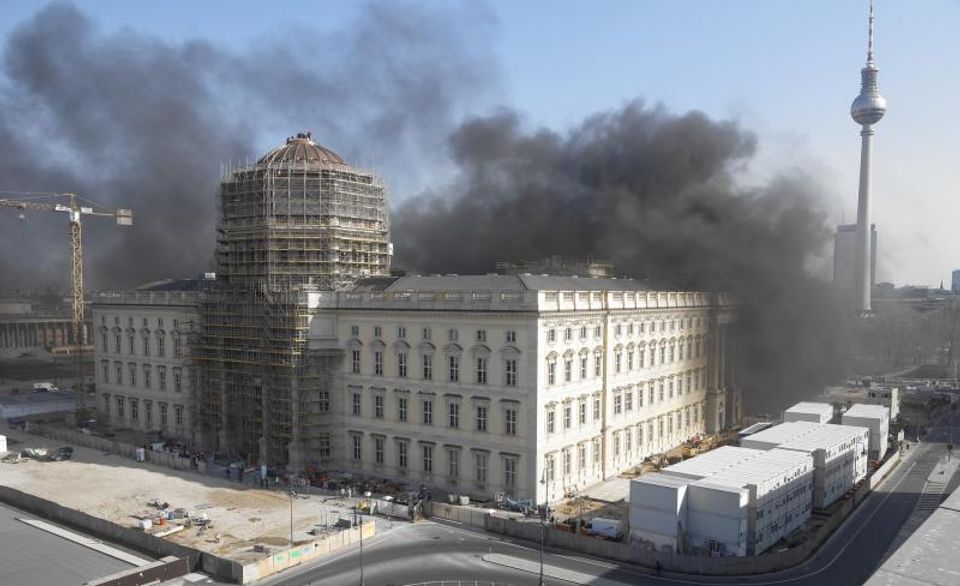 A fire at Berlin’s Humboldt Forum, a new museum complex to be located in a reconstruction of the former Prussian royal palace was caused by the explosion of a propane gas cylinder and is now under control, the city’s fire service said on Twitter.

One person was injured and is now being treated in hospital, the fire service said. Photographs posted by observers on social media showed thick plumes of black smoke surrounding the building, visible from far away in a cloudless blue sky.

Police said there was no evidence of a deliberate arson attack. The fire service said building materials and two melting cookers for bitumen caught fire.

The building's opening has already been pushed back once by a year from September 2019 to autumn 2020. Even before the fire, Culture Minister Monika Grütters had cast doubt on the new timetable because of the coronavirus crisis. In a 4 April interview with the Berlin tabloid newspaper BZ, she said the September date was “in danger” but “we can only take a serious position on that in four or five weeks.”

The new culture complex will house Berlin’s non-European ethnological collections and Asian art collections; a permanent city history exhibition; several spaces for temporary exhibitions; and a “Humboldt Laboratory” run by the university. It aims to stage about 1,000 events annually and expects to welcome as many as three million visitors a year.

UPDATE: A statement from the Humboldt Forum said firefighters had extinguished the blaze within 20 minutes. Hans-Dieter Hegner, the head of construction at the site, said the fire had not caused any damage to the building because it was outside the palace. Construction can continue according to schedule, he said.