Fire destroys the ‘Sistine Chapel of the Purépecha Plateau’ in Mexico 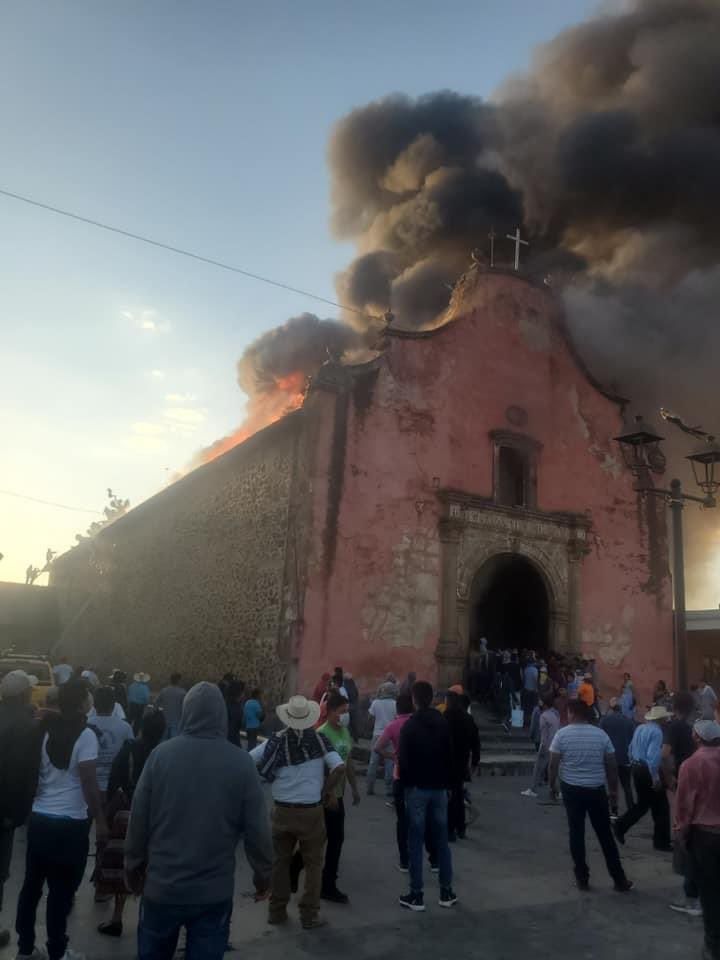 A fire that broke at St James the Apostle church in Nurio, in the Mexican state of Michoacán, last week destroyed the building's interior

The Indigenous Purépecha community that worshipped at the St James the Apostle church in Nurio, in the Mexican state of Michoacán—which was destroyed by fire last week—should be in charge of deciding what will replace the unique 16th-century building, says the art historian who knows the building best.

Dr Nelly Sigaut, a researcher at El Colegio de Michoacán and an authority on the colonial era churches built by the Spaniards and the Purépecha, told The Art Newspaper that the fire practically gutted the church. Known as the “Sistine Chapel of the Purépecha Plateau”, the church had painted walls and a ceiling decorated with angels. The origins of the fire are still to be determined. 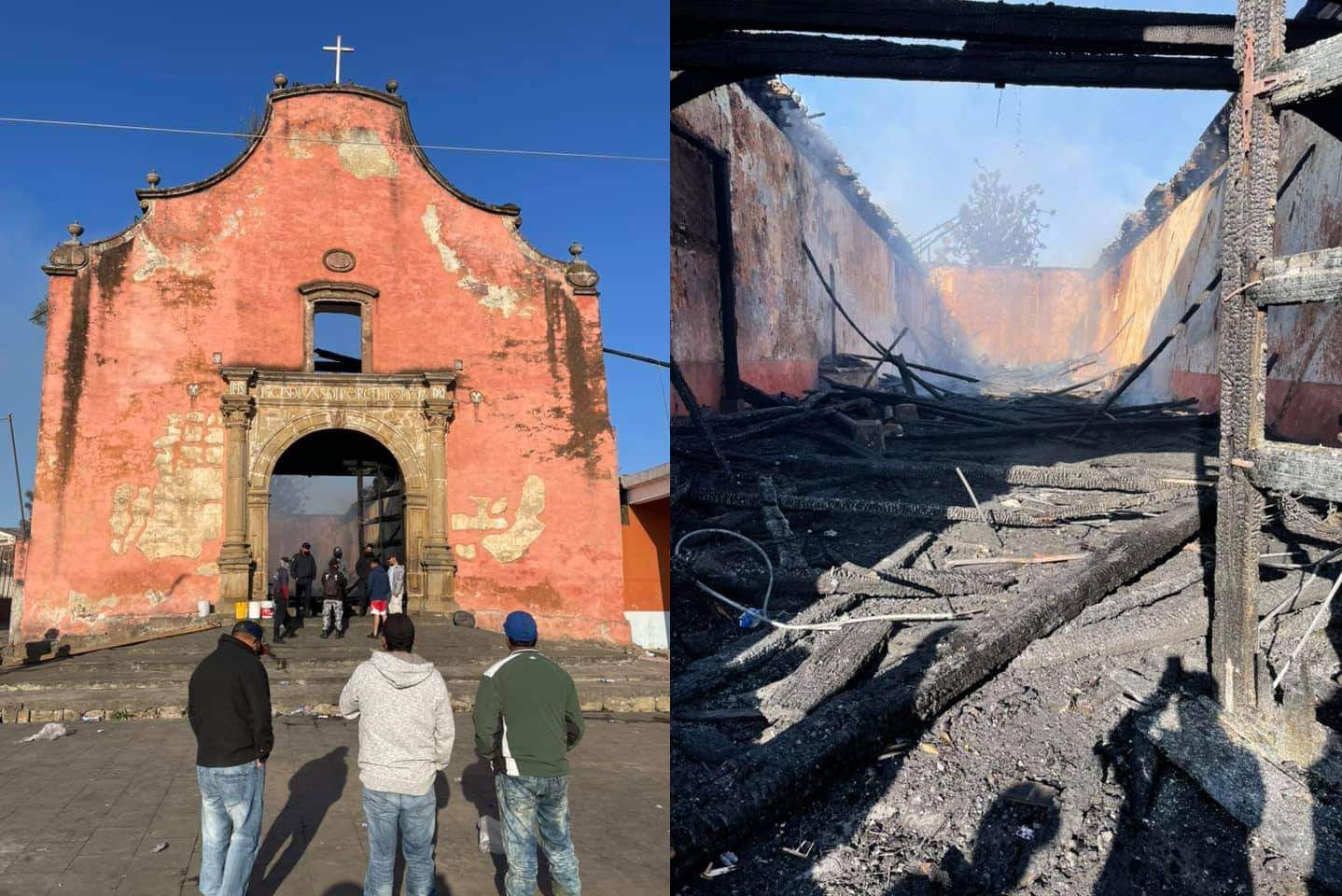 “Almost everything—bar the façade—has gone,” says Nelly Sigaut, an art historian who has spent more than 33 years working in Nurio Photos: courtesy of social media and the Archdiocese of Morelia

“Almost everything—bar the façade—has gone,” says Sigaut, who has spent more than 33 years working in Nurio. “The wooden roof, the walls, the paintings, the baptistry and the exquisite balcony choir—all lost to the flames.”

"The fire started while people were at mass, so a couple of small objects were saved, and thankfully no lives were lost, but I feel as if I have lost someone very close to me, a part of my family," Sigaut adds. "The loss to the community, to Michoacán and to Mexico is irreparable." 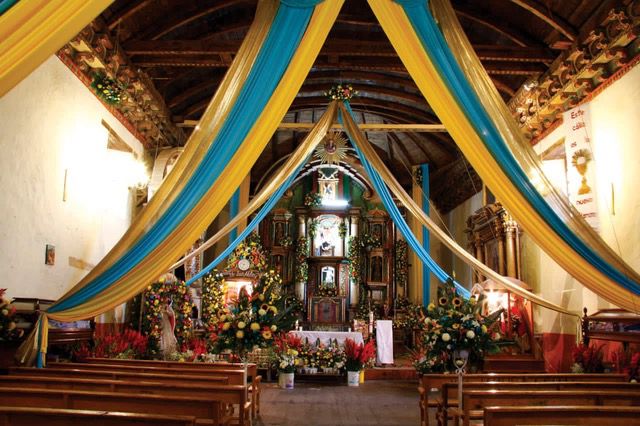 The beautifully decorated interior of the church before the fire Photo: Nelly Sigaut

The carved balcony choir, showing Gothic, Romanesque and Moorish influences, was understood to have been one of only two existing examples in the Americas, with the other believed to be in Brazil. The church was a rare example of the Novohispanic Purépecha school, with Mudéjar carved wooden decor alongside a Baroque interior. It formed part of the compound originally established by Bishop Vasco de Quiroga, who dreamed of a community inspired by Sir Thomas More’s Utopia. De Quiroga founded a hospital nearby and the remains of that structure were unharmed. 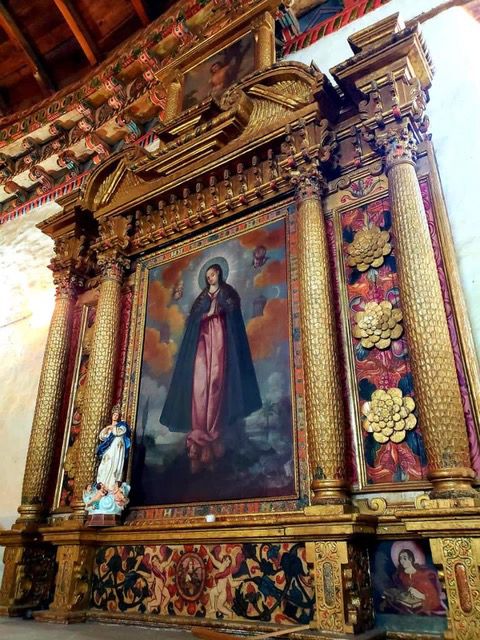 A painted icon of the Virgin, inside the St James the Apostle church in Nurio Photo: Nelly Sigaut

The church had previously been identified as an at-risk site by the World Monuments Fund, which assisted with some conservation work several years ago. According to newspaper reports, conservation work on the church was scheduled to begin in January, but there has been a dispute, with an official claiming the work had not started due to “lack of resources”.

Sigaut suggests that the reason for the failure to start the work “will be a complicated mix of things—a very sad mix. We will have to wait for the full investigation to see how bad it is”. 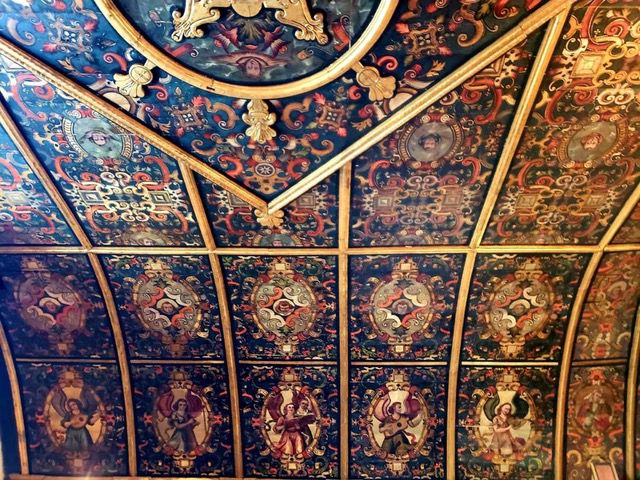 The National Institute of Anthropology and History (INAH), the official Mexican body that oversees all sites of archaeological value, is currently dealing with the insurers. A spokesperson for INAH confirmed to The Art Newspaper that the institute is assembling a group of experts to evaluate the situation, and that they will make recommendations in due course. No one has yet been able to suggest how much the damage will cost to repair.

The Mexican culture secretary Alejandra Frausto Guerrero lamented the loss of “one of the most beautiful churches in Mexico”, and convened a task force to coordinate with specialists from the INAH delegation of restorers and conservationists in Michoacán.