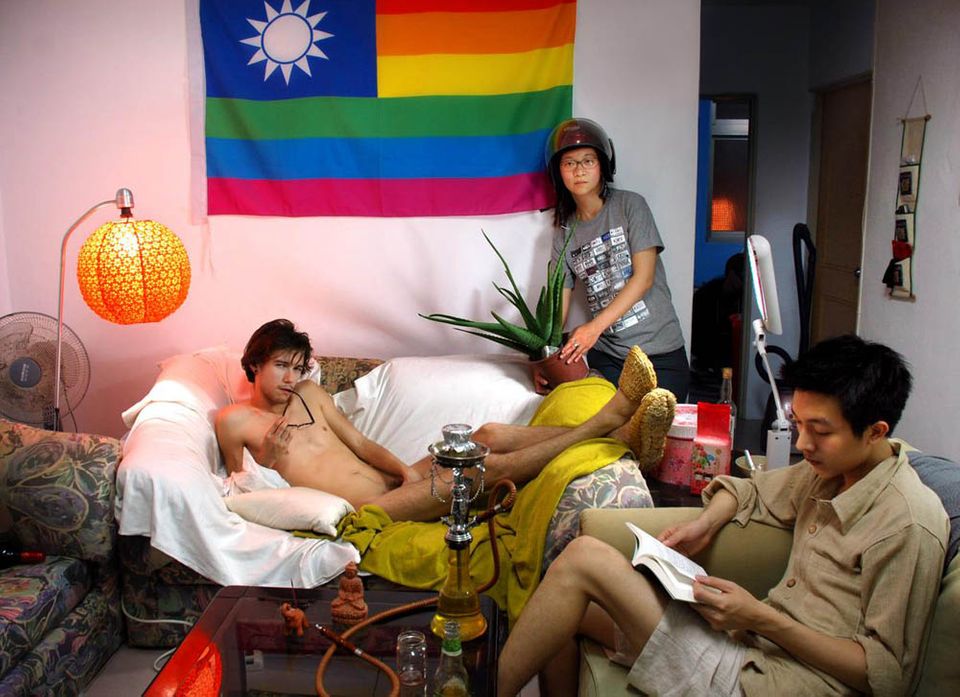 The first ever museum show celebrating queer Asian art opened this weekend at the state-run Taipei Museum of Contemporary Art. Spectrosynthesis: Asian LGBTQ Issues and Art Now (until 5 November) presents 51 works by 22 artists and is organised by the Taiwanese curator Sean Hu and backed by the Hong Kong collector Patrick Sun’s Sunpride Foundation. They chose Taiwan for its May ruling setting the stage to legalise gay marriage, and plan to subsequently tour the project around Asia.

Spectrosynthesis was three years in the making, Hu says, due to the investigative field work that was required to identify relevant and suitable artists, particularly those from countries where homosexuality is not openly discussed. “It is not easy to look for artists or artworks that deal with this LGBTQ issue in Asia. So in the past three years we spent time doing field research, artist studio visits, and talking to artists’ agents, if their works are related,” Hu says. “Patrick, once he found some clue, talked to the artist directly, or the gallery owners.” Hu says they amassed a list of some 60 artists, but given laws and taboos “I don’t want to push [anyone] to come out in the exhibition. Some works are kind of hiding, some the message in the works of art, so you have to talk to them and ask if they feel comfortable.”

The show includes several transsexual artists as well as straight artists exploring gay themes, says Hu, and all 22 are ethnic Chinese from Taiwan, mainland China, Hong Kong, Singapore, and the international Diaspora “The reason we didn’t have artists from most of Asia is because Asia is huge,” says Hu. “That is why we decided to look for artists with similar backgrounds in terms of culture, language and history. That is the first step, but we hope we can tour the show to other countries in Asia, so when we send the show to other cities we hope to also include local artists.” 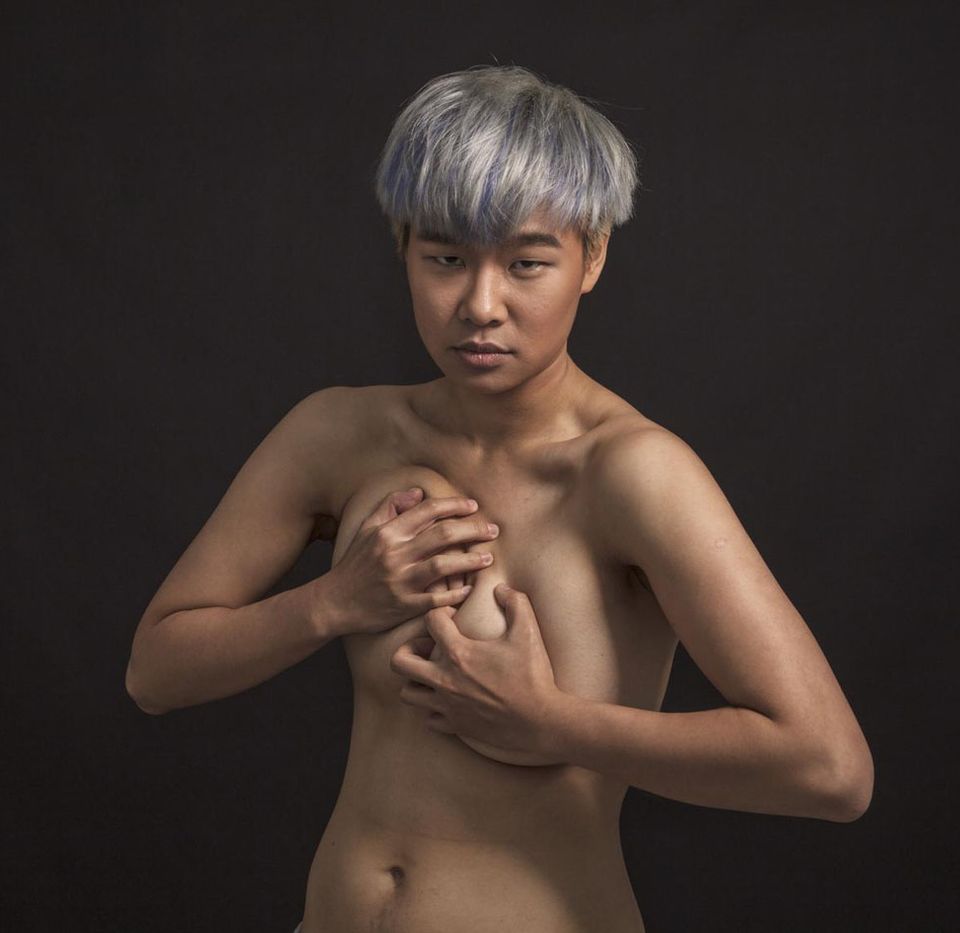 Sun and Hu expect that Sun’s native Hong Kong, which has a lively if nascent debate on gay rights, is a likely next stop, along with Thailand, where they are in contact with the Bangkok Art and Culture Centre. Other countries will be more challenging: mainland China’s government bans media depictions of gay relationships and individuals, while South Korea “is a Christian country,” Hu says, and he has heard that “it could never happen in Korea.”

The oldest works date to the 1960s, including Young Girl by Shiy De-Jinn (1923-1981) and 1969 Poppy Dream by Fu-sheng Ku (1935-2017), both Mainland-born emigrants to Taiwan, and among the earliest generation of artists to be open about their sexuality. Others were new commissions for this show, such as Chuang Chih-Wei’s interactive and inscribable lightboxes, and many works trace the progress—and toll—of social attitudes towards LGBTQ individuals over recent decades.

The Berlin-based, Singaporean artist Ming Wong contributed his 2010 Life and Death in Venice video, and his collaborative performance with Taiwan’s Yu Cheng-ta Watermelon Love was the centerpiece of the opening's afterparty at the hostel Flip-Flop across from the museum. Drawing from auteur Tsai’ Ming-liang’s “themes, the images, the languages…we present ourselves as the Watermelon Sisters,” celestial fairies descended to earth. Tsai uses watermelons “as a fertility symbol, as a symbol of sensuality, of a promise of life, of sex, of the essence of life. And also just of fraternity, love of people riding on the scooters you have in Taipei, it’s such a kind of common scene on the streets. And so the idea is to present these gender fluid sisters who would twerk their way to sexual liberation.”

Wong considers the show historic in light of Taiwan’s move towards legalising gay marriage. “That’s a big step I think. I know there have been attempts in several other countries in Asia to do that, and that hasn’t happened, and so Taiwan could be paving the way for other countries to follow. So it’s an important year, and for me this exhibition is kind of a celebration of the kind of forward-thinking of the country.”