Works by the artists, and their friends, largely exceeded estimates in the white glove auction. Part two will take place tomorrow 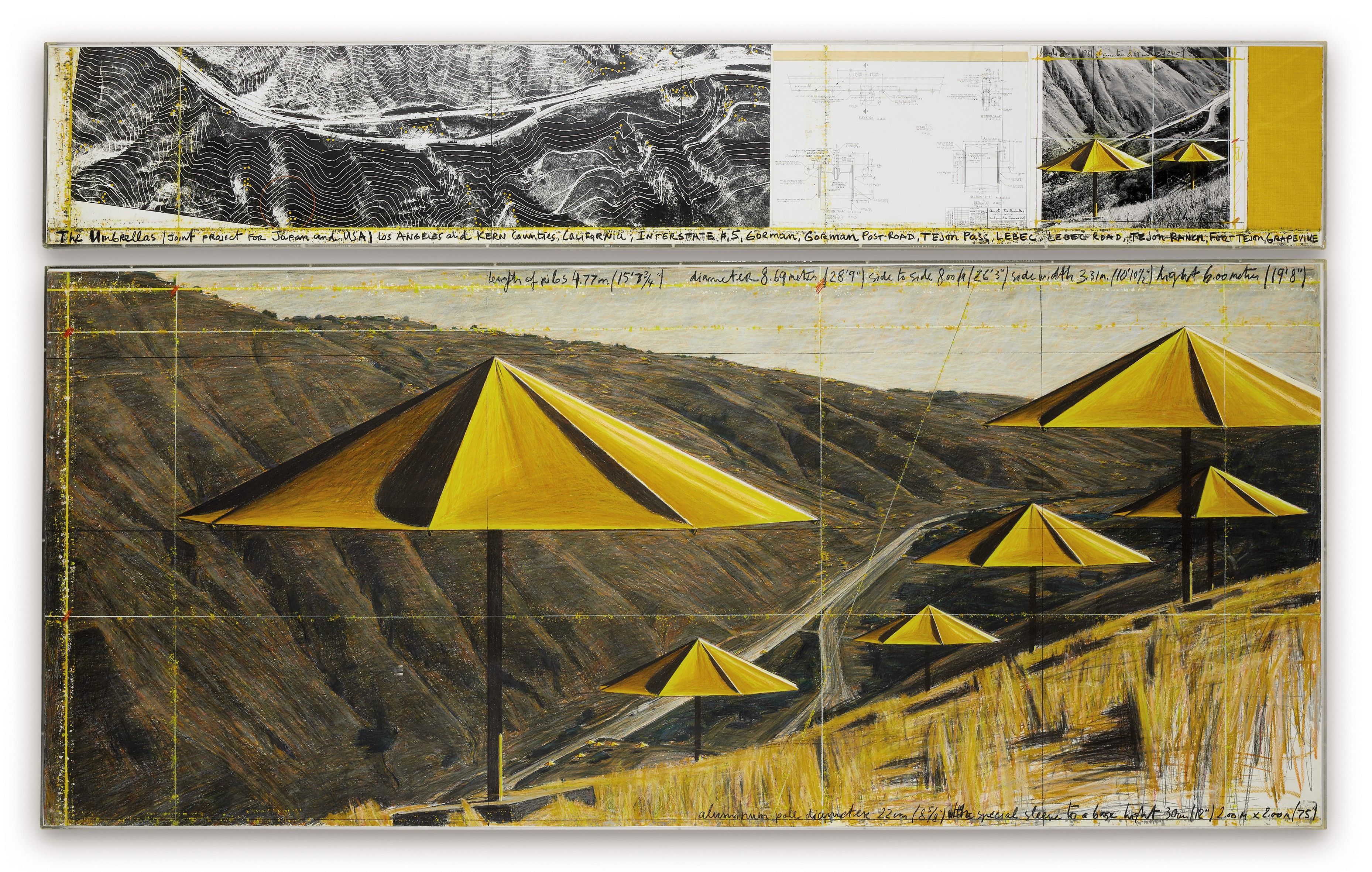 A drawing by Christo for his The Umbrellas (Joint project for Japan and USA), (1991), sold for €1.7m at Sotheby's in Paris, setting a world auction record for the artist

The first part of Sotheby’s two-day sale of Christo and Jeanne-Claude’s personal art collection generated €8.0m ($9.8m) in Paris this afternoon, surpassing its €2.5-€3.8m estimate, with all 29 lots finding buyers. Christo, who died last May in New York, and his wife Jeanne-Claude, who died in 2009, were known to finance the production of their ambitious, landscape transforming projects themselves through the direct sales of their own work. But they also amassed a collection of works by other notable artists over their decades-long careers, including Andy Warhol, Claes Oldenburg, Lucio Fontana and Yves Klein.

Leading the white glove sale were two drawings by Christo for The Umbrellas (Joint Project for Japan and the USA), when the pair installed 3,100 towering umbrellas in the valleys of Ibaraki and California on the same day in October 1991. Christo’s drawings for the yellow American umbrellas soared to €1.7m—setting an international auction record for the artist—while his drawings for the blue Japanese umbrellas fetched €1.2m. Each piece, estimated at €200,000-€300,000, was acquired by an American collector. Sotheby’s also sold Christo’s preparatory drawings for The Gates, Project for Central Park, New York City (2005) in a private sale ahead of the auction to an American collector for an undisclosed amount.

An early Empaquetage’ (Package), a sculptural work made of fabric and rope mounted on board that Christo made while living in Paris in 1961, also exceeded its estimate, bringing in €520,700. Similar pieces were exhibited in the Centre Pompidou’s exhibition, Christo and Jeanne Claude, Paris!, last year.

“Christo has just had an exhibition at the Centre Pompidou and the Arc de Triomphe will be wrapped next September/October, so collectors are looking at his works and this reverberates on the market,” says Eddie Hautchamp, the head of the contemporary art sale at Sotheby’s Paris branch. One of the last projects Christo was working on, the L’Arc de Triomphe, Wrapped’ will see the Champs-Elysées monument wrapped in silvery blue fabric and red rope later this year. “Even before the catalogue was published, we had many enquiries from collectors about the contents of the sale,” Hautchamp adds. 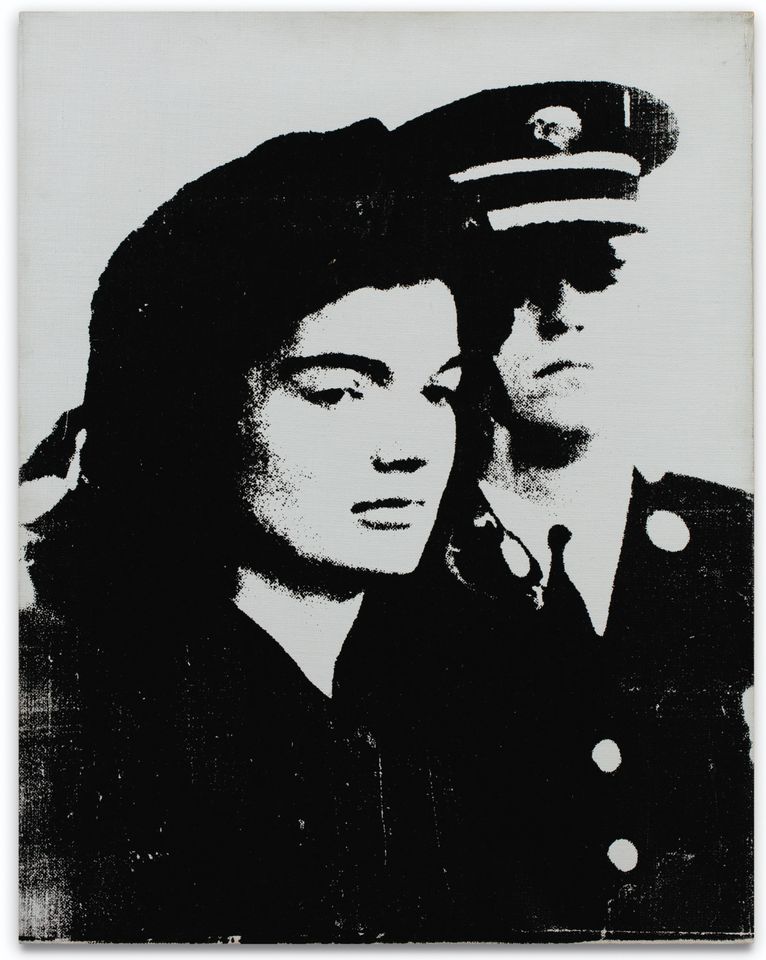 Andy Warhol originally gave his silkscreen Jackie (1964) as a present to the American art critic David Bourdon, whom Christo and Jeanne-Claude were also friendly with and they later bought the work from him. It sold at Sotheby's Paris for €920,000

Besides the works by Christo and Jeanne-Claude, the first sale included pieces by other artists that were either gifts or direct purchases. Lucio Fontana, one of the first people to acquire any of Christo’s work, met the young couple in Milan in 1963 and invited Jeanne-Claude to choose one of his own pieces. The slashed canvas she selected, Concetto Spaziale, Attesa (1963), dedicated affectionately to Jeanne-Claude, fetched €920,000. Yves Klein also gave the pair a monochromatic painting in his signature pigment, International Yves Klein Blue, in 1962, in exchange for Christo’s portrait of Klein and his wife taken to celebrate their wedding. The work by Klein sold for €436,000.

Elsewhere in the sale was Andy Warhol’s silkscreen Jackie (1964), €920,000, which Warhol had originally given as a present to the American art critic David Bourdon. Christo and Jeanne-Claude, who were also friendly with Bourdon, later bought it from him.

The second part of the sale, featuring 345 lots, including works by artists including Keith Haring, Nam June Paik, Jenny Holzer and Hannah Wilke, takes place online tomorrow at 11am CET.