Long-awaited heritage and arts centre, Tai Kwun, is expected to open in May 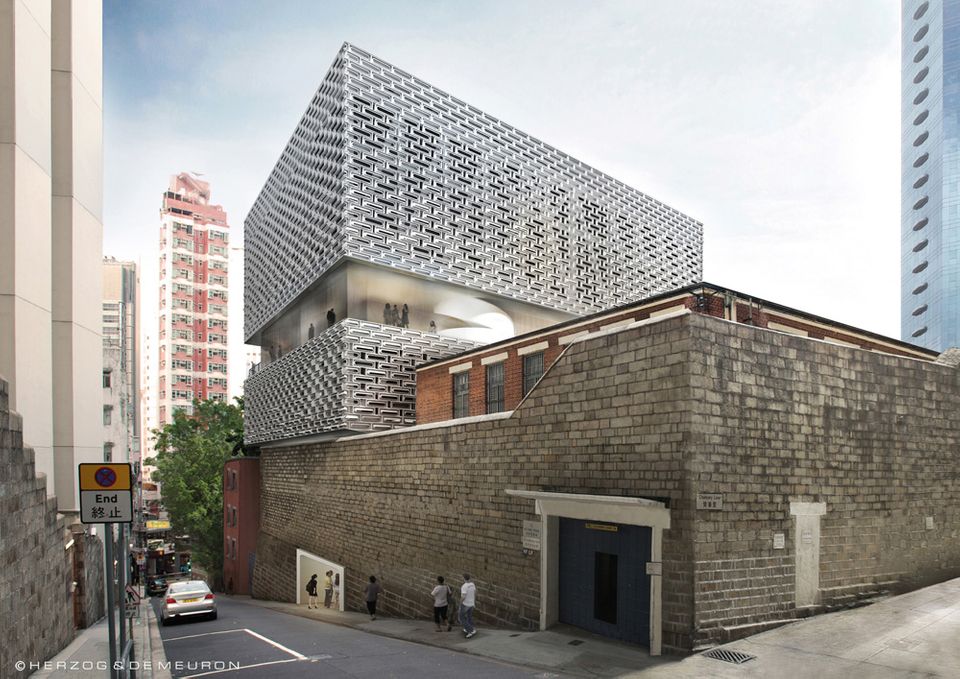 A rendering of the Old Bailey Galleries, part of the Central Police Station development in Hong Kong Courtesy of Tai Kwun and Herzog & De Meuron

This week, a select handful of visitors gets a sneak peek of the long-awaited Tai Kwun Contemporary, part of the Tai Kwun Centre for Heritage & Arts within the Central Police Station development, which is expected to open in May. The mysterious invitation to the exhibition, titled Rehearsal, requires visitors to bring identification and wear shoes suitable for a construction site. It continues cryptically: “Artworks have been chosen that evoke dialogue with the architectural milieu: works that are fully integrated with a space and a surface.” The show features works by 20 artists, including Nam June Paik, Lee Kit, Nancy Lupo and Alice Rensy.

The Tai Kwun complex consists of 16 restored heritage buildings. Three of these structures are declared monuments: the 154-year-old Central Police Station, the Victoria Prison and the Central Magistracy. Two new constructions have been designed by Herzog & de Meuron to house the art gallery and a 200-seat auditorium. The project is a partnership between Hong Kong’s government and the Hong Kong Jockey Club. Tai Kwun is the name of the Jockey Club’s not-for-profit offshoot, which will manage the site. The Sydney Opera House alumnus Timothy Calnin is the director of the centre, while Tobias Berger, formerly of M+ and Para Site, is the head of arts.

Planning for the HK$1.8bn ($230m), 300,000 sq. ft site began in 2007 and construction began in 2011, according to the South China Morning Post, which was told by a legislator that Tai Kwun will partially open to the general public in late May. The newspaper reports that the compound has a capacity of 8,500 people, and that the cultural spaces will comprise 37% of the development and dining and retail no more than 27%.