Five works to see at the Folkestone Triennial 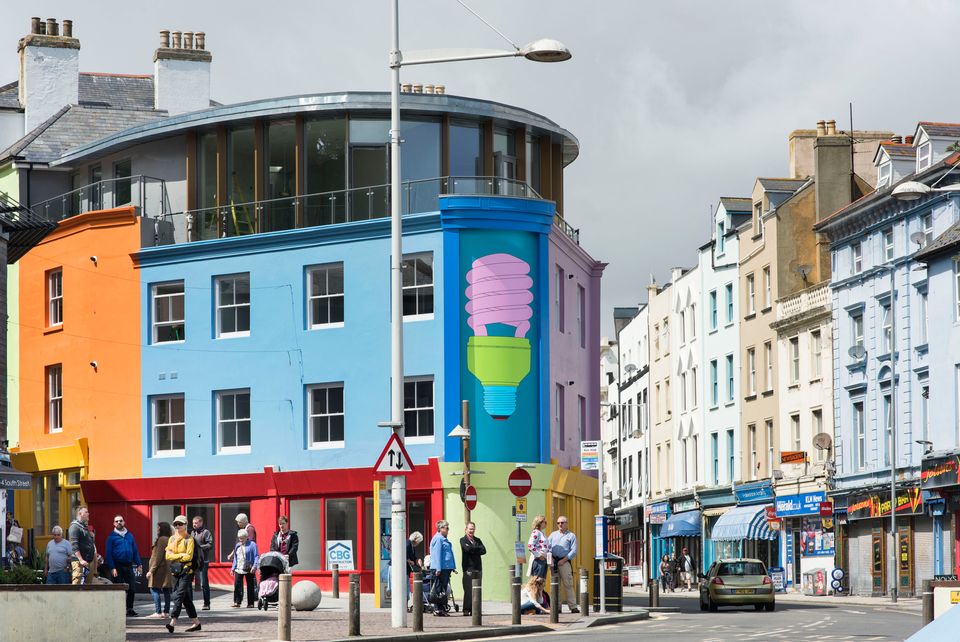 The fourth edition of the Folkestone Triennial on the UK’s south coast (2 September-5 November) includes site-specific, public art commissions by 19 international artists including Amalia Pica, David Shrigley and Antony Gormley. Lewis Biggs, the triennial curator, has called the exhibition Double Edge, referring to the two geographical axes of the town: the seashore and the Pent Stream, an ancient watercourse flowing from the North Downs into the sea. We’ve selected some highlights from the public art smorgasbord.

Michael Craig-Martin’s illuminating Folkestone Lightbulb work stands over the junction of the Old High Street and Tontine Street in the old town. The image’s bold trademark colours may well startle residents, but he explains how the work is appropriate for the setting, picking up on the curving façade of the building. “It reflects the circumstance in which it’s set,” he says. “It’s round and looks the same from both sides. You have to think about the physical placement and impact.” 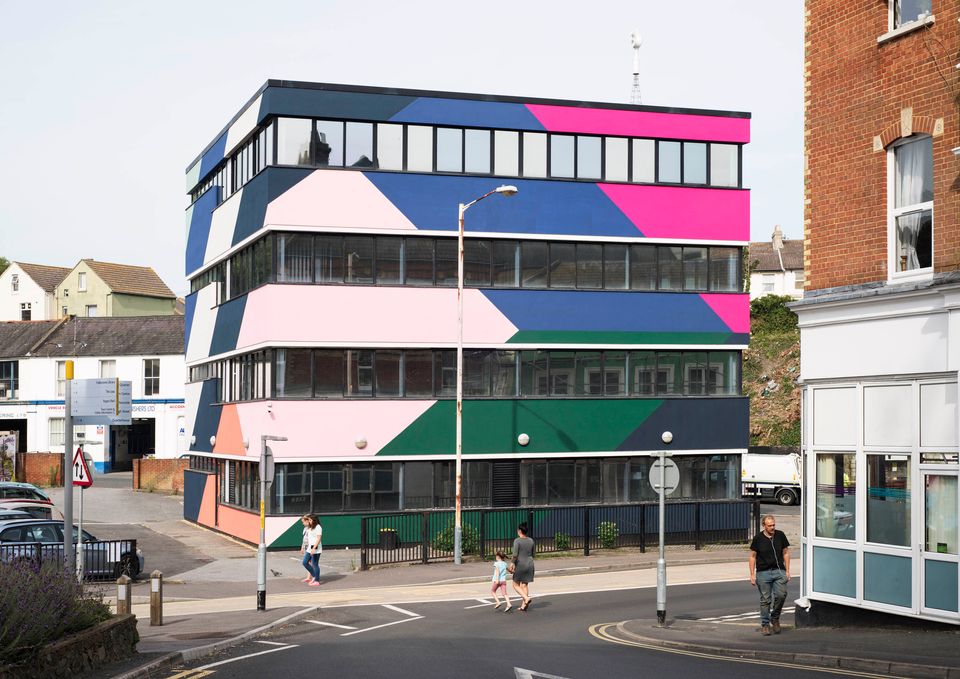 Balinese-bornSintaTantra has wrapped The Cube building with bold abstract forms, looking to the early 20th-century artist Sonia Delaunay for guidance (the circles flanking one side of the building are based on Delaunay’s fluid colour patterns). “I wanted to extend my visual vocabulary; working with the Brutalist quality of the building was challenging,” she says. A 1947 rail travel poster publicising Folkestone also fuelled Tantra’s vision. “I wanted to inject some of that [advert’s] romance into the intervention,” Tantra adds. Richard Woods has installed six houses at different sites in Folkestone for his multi-part piece called Holiday Home, highlighting the housing crisis in the southeast of England. But Woods’ work touches upon other pertinent contemporary issues. “No site is too small for a second home, or holiday home,” Biggs says. “These residences are in the most unlikely places, and developers are unscrupulous in promoting the benefits of any location.” It is impossible to avoid one of the houses that bobs on the surface of the sea, just inside the harbour walls. 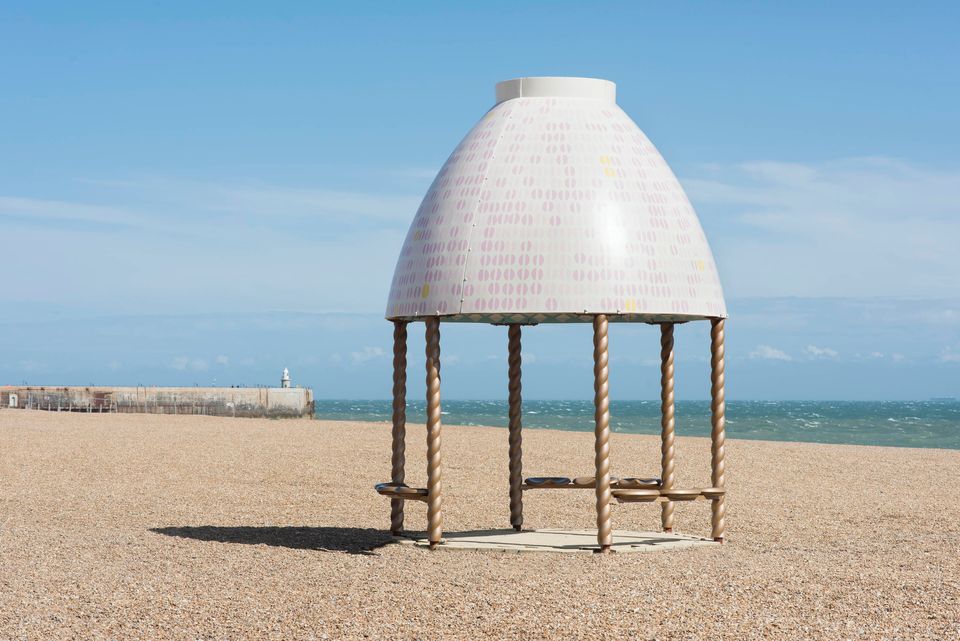 Lubaina Himid likes jelly moulds, having collected them for a number of years. The Tanzania-born, Turner prize nominee has turned her predilection into a public art piece, creating a vibrant Jelly Mould Pavilion for the sea front. The work reflects “the way sugar has been the bloodstream of the British Empire”, Biggs says. The pavilion, located on the former Rotunda funfair site, also draws upon the town’s heritage; residents might indeed feel nostalgic as amusement arcades and a Lido pool once occupied the same beachfront area. 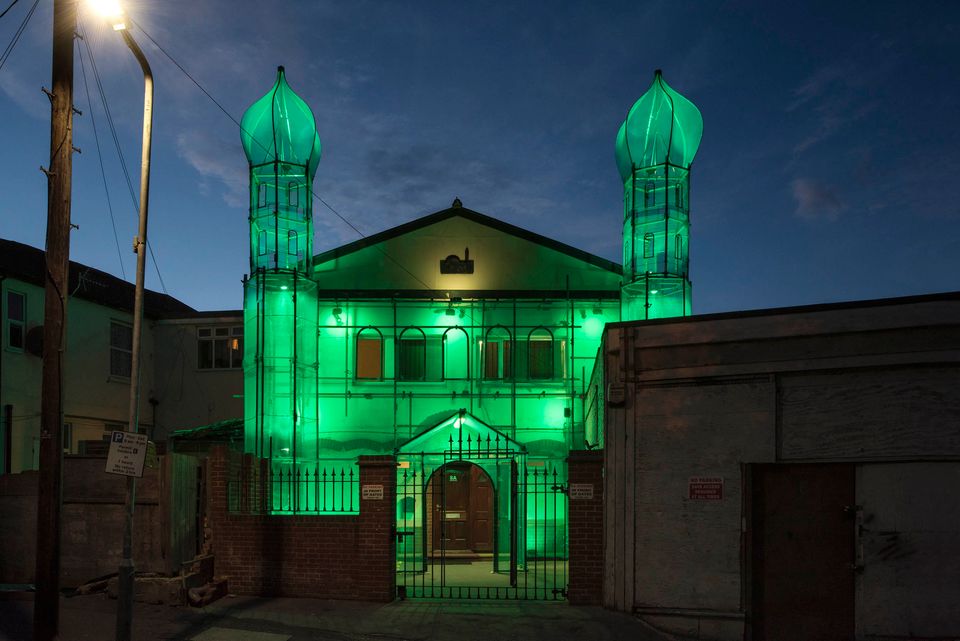 “The Muslim community here has been incredibly supportive,” says the Malaysian artist HoyCheong Wong, commenting on how local groups have rallied behind his Minaret piece. HoyCheong has covered the façade of the Islamic Community Centre, which is used as a mosque, with an elegant, temporary veneer created in the style of Islamic architecture. At night, the minarets and arches are lit up. “That’s when it becomes much more spiritual,” the artist says, stressing that the installation will be dismantled as soon as the triennial ends.