For this week only: unrepeatable chance to see Raphael’s tapestries with Michelangelo’s ceiling 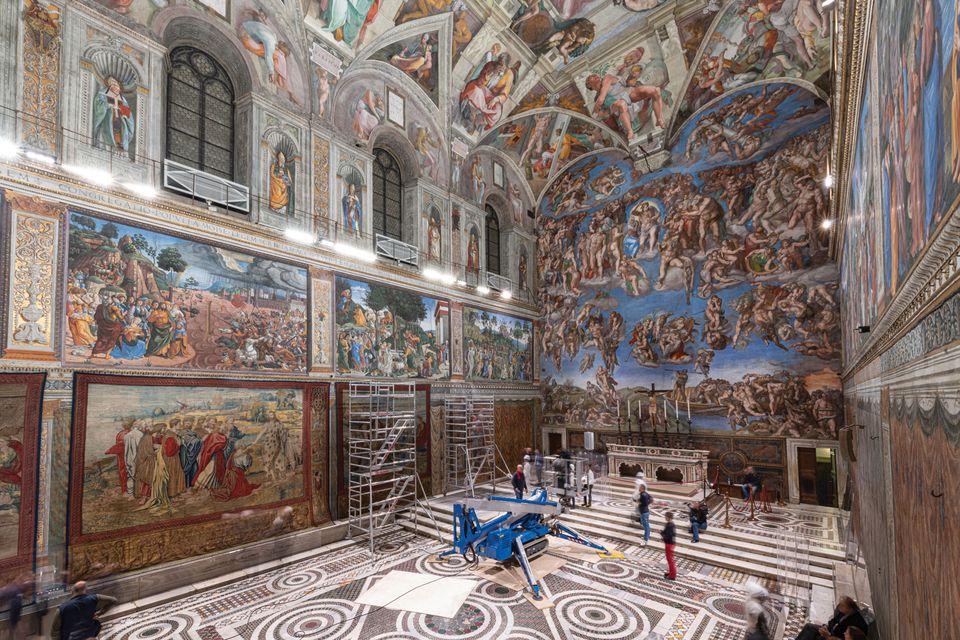 The tapestries are on display in the Sistine Chapel until Sunday © Governatorato SCV – Direzione dei Musei. photo: Giampaolo Capone

Hurry, hurry to Rome. You have just this week, until Sunday 23 February, to see a very great rarity, the ten Raphael tapestries hanging on the walls of the Sistine Chapel as they were intended to do. You will see them without glass, below frescoes of the lives of Moses and Jesus Christ by the greatest Italian painters of the 15th century, Botticelli, Perugino, Ghirlandaio and Signorelli, and under the sublime ceiling by Michelangelo completed in 1512.

You will see them as the Pope Leo X, who commissioned them to hang here, saw them first, on 26 December 1519, the feast day of St Stephen. He had asked Raphael, the genius whose frescoes and paintings have made the Vatican the centre of the 2020 Raphael quincentenary celebrations, to paint scenes from the lives of St Peter and St Paul to be woven as tapestries in Brussels. 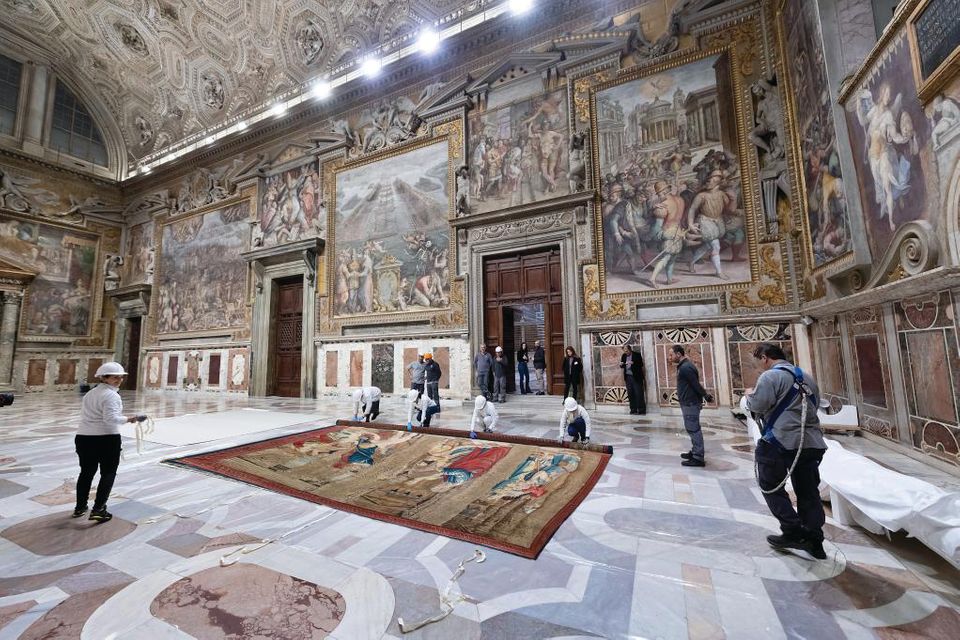 These paintings, known as the Raphael Cartoons, are on loan to the Victoria & Albert Museum from HM The Queen. The tapestries, which were woven in the workshop of the Fleming Peter Van Aelst, are normally shown under glass (unavoidable for conservation reasons but always a disappointing way of seeing textiles) in the Salone di Raffaello in the Pinacoteca Vaticana.

The tapestries caused a sensation that winter’s day because of the drama of their composition and their large-scale, expressive figures right at the front of the picture surface. They moved the master of ceremonies, Paris de Grassis to say, “There will never be anything more beautiful on earth until the Last Judgement”.

Tapestries were so precious that they were only hung on major religious feast days, so it is possible that this was the first and last time that Raphael himself saw them in situ, because he died less than four months later, aged 39.

Access is free with a ticket to the Vatican Museums, which offer a €28 ticket to skip the queue and go quickly to the Sistine Chapel (see the website for details).