George Goldner, who led the museum’s department of prints and drawings for two decades, says it needs to reassess its priorities

George Goldner, who led the Metropolitan Museum of Art’s department of prints and drawings for 21 years, spoke to us about how the museum has changed, and offered his candid opinions on its current challenges. We spoke with him earlier this month, several weeks before the Met's director, Thomas Campbell, announced his resignation on 28 February. During his tenure, Goldner made 8,200 acquisitions, by artists from Leonardo da Vinci to Hans Christian Andersen. He retired in 2015 and served as a consultant to the Met until January. The interview appears in our March print edition.

The Art Newspaper: You started at the Met in 1993. What were the defining characteristics of the institution then?

George Goldner: It was a very traditional institution, which focused mainly on exhibitions, acquisitions, scholarship and the galleries. It had a clear identity and a manageable agenda.

How has the museum changed in recent years?

I think Tom Campbell has pursued three distinct agendas. First, he wanted to maintain the best things of Philippe’s administration [de Montebello, the Met’s director between 1977 and 2008]: scholarship, acquisitions—traditional work that people like me believe a museum is all about. Second, Tom strongly believes in an egalitarian vision. This has sometimes pulled the museum away from scholarship, despite his wish to do otherwise, and toward an emphasis on things like the website, branding, public programming. However, much to his credit, before his time, the Met had a whiff of snobbery about it, which Tom has rightly erased. The third part is the dramatic thrust into contemporary art, which came from a group of trustees, who unsurprisingly collect it. Each agenda costs a lot of money, and the latter two are somewhat contradictory of the first.

Is that how the Met got into its difficult financial position?

Part of the problem is that too much was done simultaneously, and too quickly. Even though the Met is a wealthy institution, this led to certain things being done less well and to a financial crunch. Nevertheless, it still remains difficult to understand how an institution with a large endowment, excellent attendance and large revenue could have so suddenly found itself in a crippling financial position.

Is it surprising that there wasn’t more oversight?

Tom was hired as someone who had a great record as a curator, but I don’t think anybody imagined him as a financial expert. I used to be the curators’ representative to the trustee finance committee for a few years when Philippe was director. It meets five to six times a year and is made up of accomplished businessmen, who somehow failed to prevent this apparent crisis. 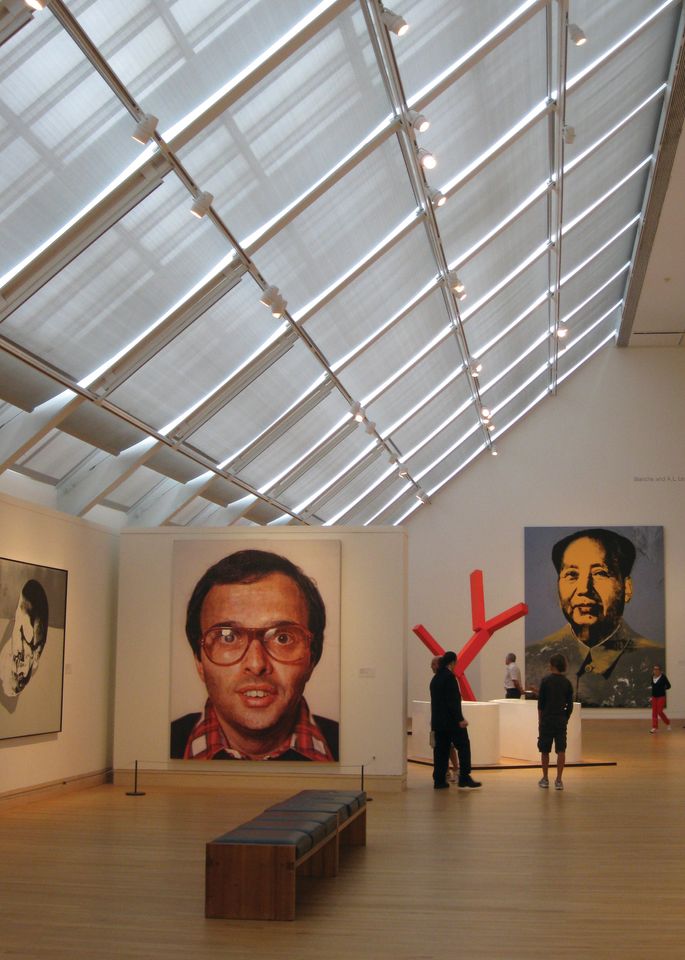 How has the composition of the board changed since the 1990s, and how might that have contributed to the current situation?

More contemporary collectors have joined the board in the past eight or ten years, but it was also a period in which a central group who led the board for a long time—Jayne Wrightsman, Parker Gilbert, Drue Heinz, Annette de la Renta—were going. So now there is a new group that has less of a history with the Met, its governance and traditions. You have to understand the culture of a great institution before you start making decisions about it. If you look, for example, at the Museum of Modern Art’s board, it is a much more involved board with probably a higher proportion of real collectors who have been associated with the institution for years. And the Met is a far more nuanced and complex institution. Now is a time for self-criticism for all involved, not a wrong-minded effort to allocate blame in one place alone. And yes, I often think of what I might have done as a senior curator in the last eight years before retirement to have helped avert this situation. Perhaps if I had been less uncompromising, I might have been able to help moderate some of what happened.

What do you think about the way the budgetary problems have been handled by the museum over the past year?

It is unfortunate that the people who have been made to suffer are the staff. A lot of people have been pushed out, some of whom were very good. Benefits have been reduced. Curatorial travel has been cut back. There is more pressure to limit the size of catalogues and exhibitions. I think they did a disservice to the institution because it’s impossible for Tom to improve morale in that kind of atmosphere. It is unconscionable that the pension of a person making $60,000 a year is cut through no fault of his or her own, whereas senior board members, who must in part take responsibility, have borne no part of the blame or burden.

Has there been a diminishing of scholarship as a result of these difficulties?

Museums don’t rise or fall quickly. Recent exhibitions of Fragonard, of Jerusalem, of Valentin de Boulogne were all fine, serious shows. But when you put into question the values of an institution and lose some of the best people, it becomes harder to maintain excellence. For example, the job freeze meant that when Stijn [Alsteens, the Met’s curator of northern drawings] left [in autumn 2016], the museum, which had spent tens of millions of dollars to buy northern European drawings, now has no one to curate them. That position has only been vacant for a few months, but I think his departure should not be seen as a financial saving, it should be seen as a great intellectual loss.

Is there a particular area where you think the museum overspent?

A lot of what has happened isn’t wrong, it’s just disproportionate. I think it was unnecessary to build up so large a digital media department. The same is true of contemporary art. I personally don’t like contemporary art, but I acknowledge there is no escaping it. Still, how can one explain spending $600m to renovate the Modern and contemporary art wing [now on hold]? When the Met did the renovation of the Islamic galleries [in 2011], the total bill was much less—$50m—and it was done beautifully. We are competing hard in the one field where we can’t possibly be the best in New York. Having a big centre of Modern art at the Met is like having a centre of Italian paintings 20 blocks away from the Uffizi. Part of what has created the morale issue is that other departments have felt that their concerns have been relegated to a secondary position behind contemporary art and digital media.

It is often said that the people who give money to contemporary art are donors who would not give to other areas.

This is only partially true. If you look at the wall of donors at the Breuer building, you’ll find that the majority are museum trustees, some of whom have given generously to other areas. And new donors are funnelled to Modern and contemporary projects, which makes it much harder for other departments to raise money. There was an argument that all the new rich people collected contemporary art, and we weren’t going to get their donations otherwise. I don’t believe that’s what a cultural institution should base its programme on. I don’t think that the Harvard Law School decides what kind of law they teach based on future possible donations.

Are you optimistic about the future of the museum?

The Met has enormous strengths—in terms of its collection, building, and curatorial and conservation staff—and will most certainly recover. The most pressing issue is to turn around the climate. As long as the museum remains obsessed with bean counting, it will be impossible to do that. This means reversing the draconian benefit cuts, raising salaries, filling important curatorial positions and dropping cuts that impact the curatorial programmes. This may entail stretching out the repair of the budget, some funds being taken from the huge endowment, and contributions by the trustees to help bridge the gap. Equally, it needs to truly reassess priorities and focus on what it does best, which is to tell the story of the history of art in all periods and across cultures in a balanced way. With the right approach, this situation can turn in a favourable direction quite soon. I am no prophet, but I am, to answer your question, optimistic.

Goldner’s long career George Goldner began his career at the J. Paul Getty Museum in Los Angeles, where he founded the drawings department in 1983. He became the curator of paintings in 1989 and oversaw a wide range of acquisitions, from Pontormo’s Portrait of a Halberdier (1528-30) to van Gogh’s Irises (1889). He joined the Metropolitan Museum of Art in 1993. As the chairman of the drawings and prints department, he made more than 8,000 acquisitions and helped organise exhibitions of work by Filippino Lippi and Bronzino, among others. He now works as an art adviser.