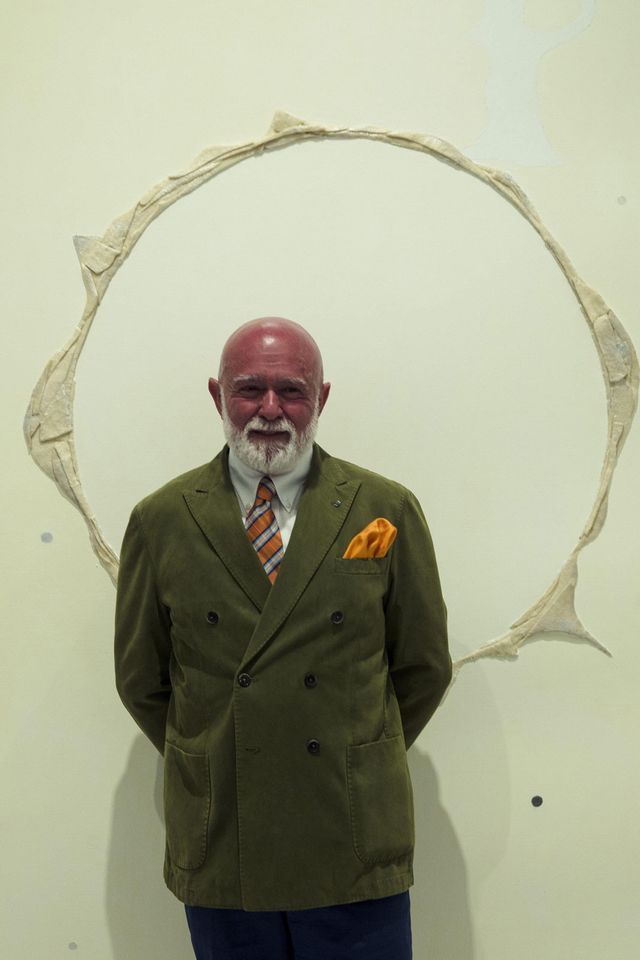 The art world has a short memory, or is it just forgiving where the prospect of having more art to display is concerned? Havana-born Roberto Polo signed an agreement on 25 July with the local government of Castilla-La Mancha, Spain, to lend 455 works of 19th- to 21st-century art, which will be exhibited from February 2019 in the museum of Santa Fe in Toledo and Casa Zavala in Cuenca for 15 years.

At the end of this period, Polo, described in the leading Spanish newspaper El Pais simply as a “benefactor of the Metropolitan Museum and the Louvre”, “may donate some of the works”, while the authorities pay for the display, warding and insurance, presumably. This last is unstated, but neither is the fact that Roberto Polo was extradited from the US in 1993 and convicted by a Geneva court in 1995 of embezzling $124m of investors’ money. He was sentenced to five years in jail, although he was allowed to go free because he had already been incarcerated for 44 months awaiting trial.

Polo has never admitted his guilt and his Wikipedia entry says that 1995 was the year when he emerged from “a Kafkaesque judicial process of which he was the victim”. His investors, on the other hand, five of whom testified against him at the trial, have been chasing their money through the courts for years.

To explain the choice of Toledo and Cuenca, Polo says that this is where his ancestors came from. For his part, Angel Felpeto, councillor for education, culture and sport in the local government, told El Pais that he hoped for a repetition of the “El Greco effect”, referring to the celebrations in 2014 for the 400th anniversary of the great 16th-century artist. But El Greco is one of the world’s greatest artists, intimately associated with Toledo, while the best works the Polo announcement could mention were a sculpture by the Bauhaus performance artist Oskar Schlemmer and a painting by Kandinsky. An idea of what the rest might consist of was reported last year in the blog El Cultural, when, at a pre-announcement of the deal, Laszlo Moholy-Nagy, Kurt Schwitters, Max Ernst, Karl Schmidt-Rottluff, Georges Vantongerloo, Marthe Donas, Karel Maes, Jozef Peeters, Pierre-Louis Flouquet, Marc Eemans, Eileen Gray, were also mentioned. For the more recent period, the names were Larry Poons, Martin Kline, Ed Moses, Karen Gunderson, Melissa Kretschmer, Jan Vanriet, Mil Ceulemans and Werner Mannaers. The whole collection was said to consist of some 4,000 works.

Their connection with Spain is virtually absent and few are household names, so much will depend on their quality. In the 1980s, when Polo went on a spending spree with his investors’ money, he is generally agreed to have bought very well, but mainly in the fields of 18th-century French painting and decorative arts. These works were dispersed at sales in 1988, 1991 and 1993, raising €52m towards reimbursing his creditors.

In 2005 he was reborn as a dealer in design of the 1860s to the early 20th-century, with the Galerie Historismus in Paris and then Brussels, backed by a British financier, John Dean. In 2012 he was reborn again, opening the Roberto Polo Gallery in Brussels to sell Belgian abstract painting.

Despite his chequered past, Polo still manages to get close to the influential and famous. In 2016 he put on the exhibition Painting after Post-Modernism: Belgium/USA, “Under the High Patronage of Her Majesty The Queen of the Belgians”, with the veteran US art critic, Barbara Rose as curator. The same year he sold numerous works from the stock of his design gallery at Sotheby’s London (described as being from his collection) realising over £2m.

Never bashful about coming forward, in 2011 he starred in a 688-page book about himself, published by Frances Lincoln, and called Roberto Polo: The Eye, with an essay by the former Louvre curator, Daniel Alcouffe, and illustrations of 300 works he had owned at various times over the previous 40 years.

In the light of all this, the new Spanish loan project can be seen as a double promotion—of the works Polo has in his charge, and of the man himself. It remains to be seen whether it brings the anticipated dividends to Toledo and Cuenca.