A picture book with 14 watercolours that Otto Dix painted in 1925 for his five-year-old stepdaughter, Hana Koch, is on public display for the first time.

Hana was the daughter of Dix’s wife Martha from her first marriage to the Dusseldorf doctor Hans Koch. She kept the book hidden in an old altar retable in her home in Bavaria. Five other picture books produced by Dix—for his stepson Martin, children Ursus, Jan and Nelly, and his granddaughter Bettina—are already well known. 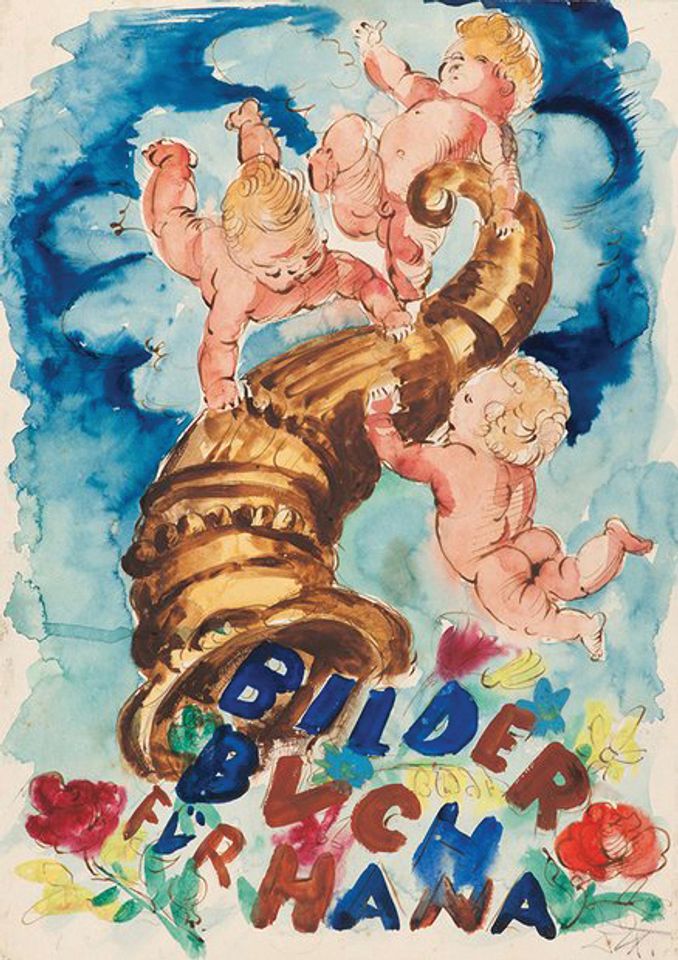 “Twenty years ago, Hana showed us one page, so we knew it was there,” says Herbert Remmert of the Dusseldorf Galerie Remmert und Barth. It was only after Hana’s death that her daughter Olga gave the gallery permission to display the book (until 22 December) and include it in a catalogue for the first time, along with several other watercolours and drawings by Dix in Hana’s possession. They include a portrait of herself, a drawing of the artist’s mother and a watercolour of an elderly woman.

The picture book contains portrayals of mythical and biblical figures and stories such as St George fighting the dragon, St Christopher, Jonah and the whale, and David and Goliath. It also includes the Seven Deadly Sins, which Dix would later paint as an allegory of Germany in 1933.