Artists withdraw their work from the Whitney Biennial 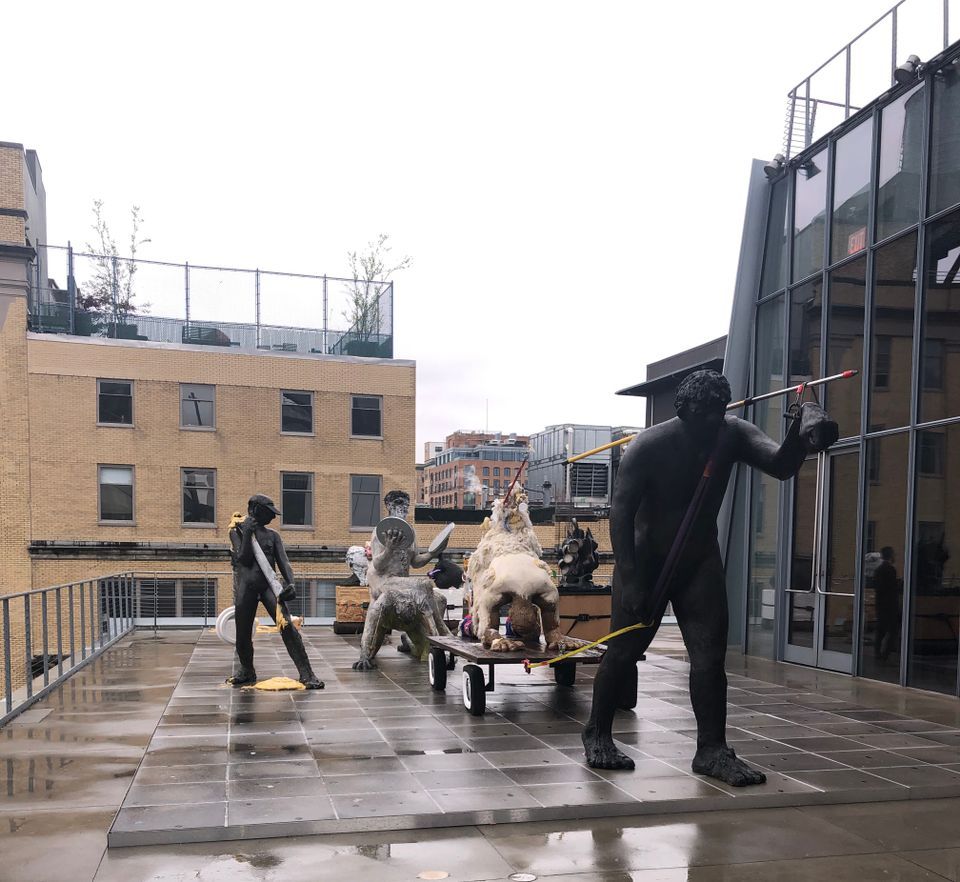 UPDATE: Eight artists have asked that the Whitney Museum remove their works from the current Whitney Biennial, due to the New York institution’s handling of the ethical controversy surrounding the board vice chairman Warren Kanders, the chief executive of the company Safariland, which manufactures tear gas canisters that have been used on asylum seekers along the US-Mexico border. Korakrit Arunanondchai, Meriem Bennani, Nicole Eisenman and Nicholas Galanin addressed a letter—which they made public today on Artforum's website—to the biennial’s curators Rujeko Hockley and Jane Panetta explaining their decision, and requesting that the pair present the letter to the board “to let them know the seriousness of the situation”. Soon after, the artists Eddie Arroyo, Agustina Woodgate, and Christine Sun Kim joined the boycott, and the UK-based collective Forensic Architecture withdrew their film, Triple Chaser, which directly examines Kanders's controversial company, from the biennial.

Works by all eight artists will now be removed. “The Whitney respects the opinions of all the artists it exhibits and stands by their right to express themselves freely,” the museum’s director Adam Weinberg said in a statement today. “While the Whitney is saddened by this decision, we will of course comply with the artists’ request.”

The Chicago-based artist Michael Rakowitz’s withdrew from participating in the biennial in February, around three months before it opened, “in solidarity with the [museum’s staff]” over what he called “toxic philanthropy”. He called upon other artists to do the same.

“We were angry when we learned of Kanders’ role as CEO of Safariland, a company that manufactures teargas and other weapons of repression. At the time, we had already accepted your invitation to participate in the Whitney Biennial and some of us were well into fabrication of major pieces for this show,” Arunanondchai, Bennani, Eisenman and Galanin say in the letter. “We found ourselves in a difficult position: withdraw in protest or stay and abide a conflicted conscience. We decided to participate.”

“But the Museum’s continued failure to respond in any meaningful way to growing pressure from artists and activists has made our participation untenable,” the artists continue.

There have been on-going demonstrations decrying Kanders’s role at the museum since Hyperallergic published an article last November outlining the origins of his fortune, including an open letter from Whitney staff to Weinberg in December expressing their “outrage” over the situation, protests at the museum and an open letter in April calling for Kanders’s resignation that included the signatures of around half of the artists chosen for the biennial. Just this week, the artists Hannah Black, Ciarán Finlayson and Tobi Haslett published a statement on Artforum’s website called “The Tear Gas Biennial”.

“The Museum’s inertia has turned the screw, and we refuse further complicity with Kanders and his technologies of violence,” Arunanondchai, Bennani, Eisenman and Galanin say.