Four decades on, punk’s not dead at Art Basel

Forty years on from the birth of punk, a high-end art fair seems an unlikely place to find vestiges of its spirit. But if you look closely enough, you will find punk-inspired works across Art Basel. Punk’s earliest pioneers included The Fugs with their song Nothing—an anti-everything nod to, well, nothing. The fair’s Unlimited section includes a work by Joseph Kosuth called Titled (Art as Idea as Idea) (1968), which features the text of ten dictionary entries for the word “nothing”. The conceptualist is an inadvertent punk, but here are a handful of more probable candidates to make up the ultimate band. 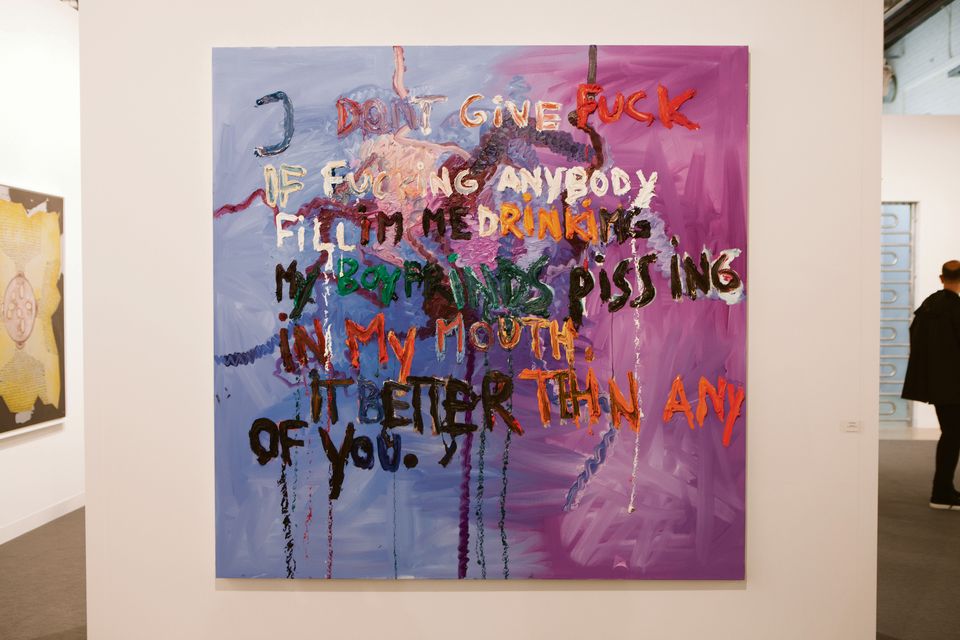 Bjarne Melgaard, Untitled (2015) This “love declaration” is informed by “subculture traditions”, says the gallery’s Florent Tosin. He describes it as an “intensive, sexual work”. And like all good punks, the New York-based Norwegian artist seems to care little for spelling or grammar (or oral hygiene) with this potty-mouthed, colourful scrawl across the canvas. The artist’s work is heavily influenced by the existential moments in painting, Tosin says, particularly Edvard Munch’s The Scream.• Galerie Guido W. Baudach 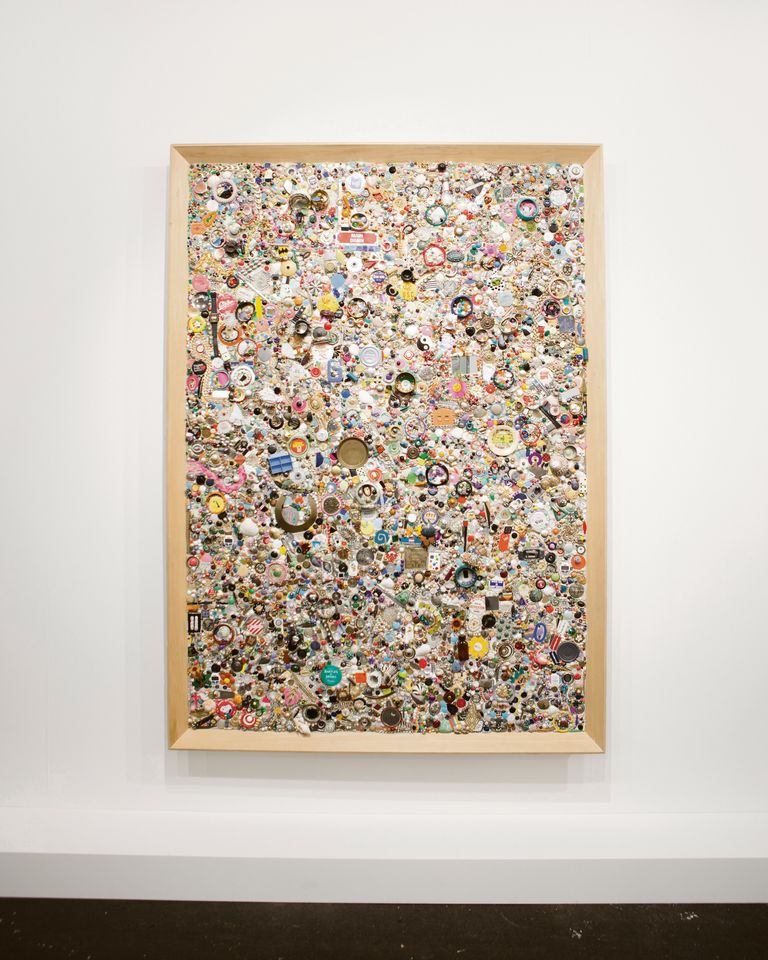 Mike Kelley, Memory Ware Flat #10 (2001, detail) Mike Kelley was one of the founding members of the Detroit punk band Destroy All Monsters, along with fellow artist Jim Shaw. The DIY ethos of the band—they often made their own instruments—can be seen in this collage of everyday ephemera (including a Grateful Dead badge), as well as in the defaced schoolbook images of the series Reconstructed History (1989). The series is presented at Unlimited by Skarstedt Gallery and sold for $1.5m on Tuesday.• Hauser & Wirth 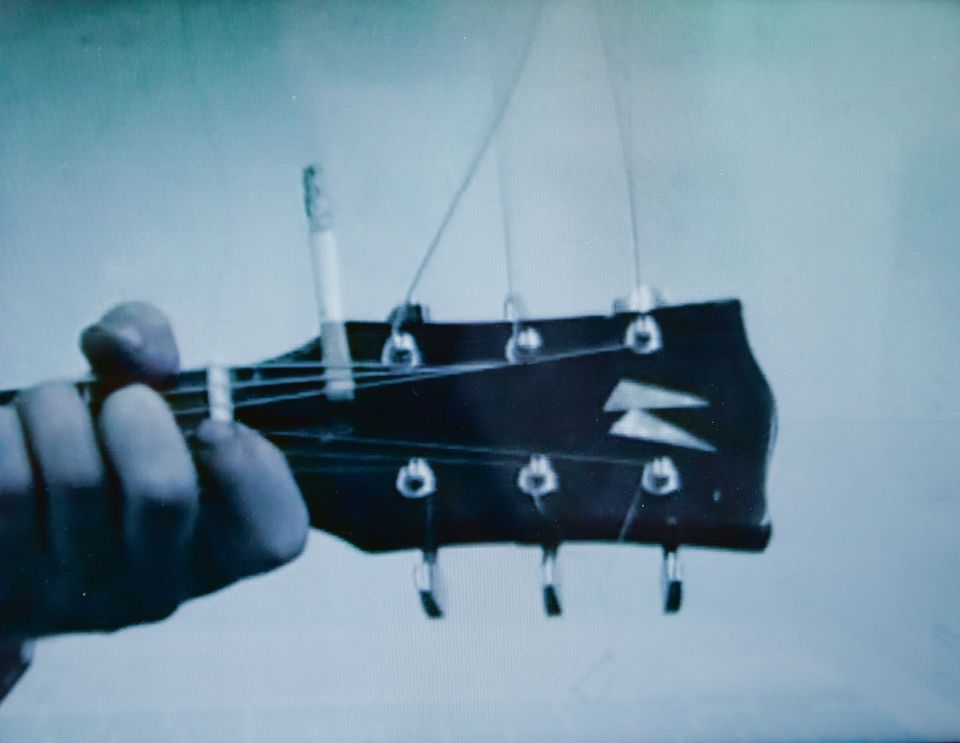 Dave Allen, Douglas Gordon, Jonathan Monk, Stooges Burn-Out (1995) In this video, the three artists repeatedly trudge through the verse of I Wanna Be Your Dog by the proto-punk band The Stooges. In true punk spirit, they can barely play their instruments, but keep on going until the cigarette placed on the guitar head burns out. The piece, priced at €1,000, comes in an edition of 50. Gordon is also staging a performance piece, Bound to Hurt, at Art Basel. It includes the music of punk band Throbbing Gristle—and disco queen Donna Summer.• MFC-Michèle Didier 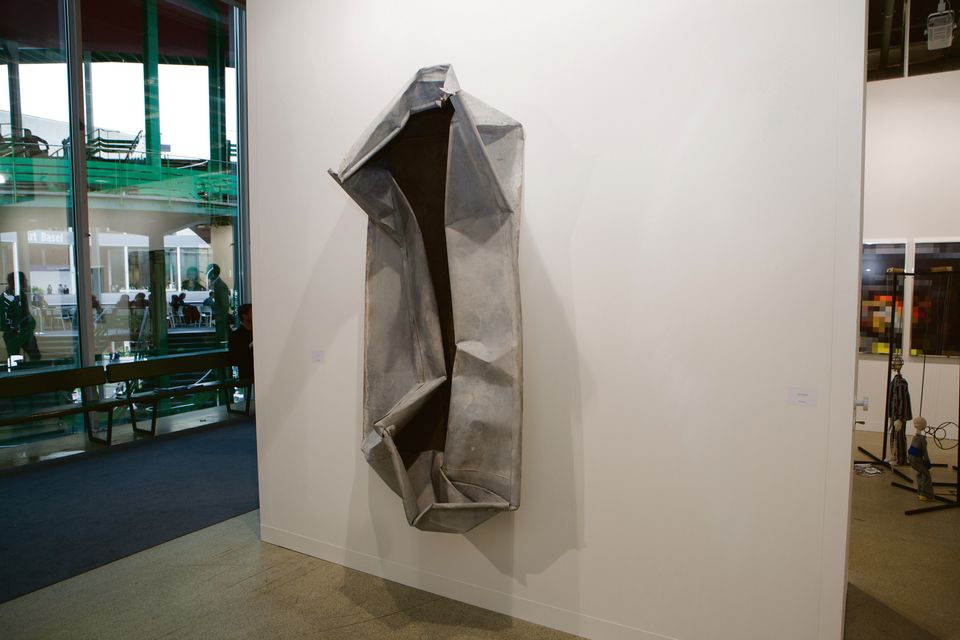 Meuser, Badezusatz (2016) Meuser is a “real punk”, according to the gallery’s co-founder Thomas Riegger, who was once taught by the sexagenarian artist. When he was younger, Meuser would compete with his contemporary, Martin Kippenberger, to come up with the best titles for works, says Yvonne Scheja, a director of the gallery, and this one is no exception. The mangled grey steel bathtub, which came from a junkyard, is called Badezusatz, the German word for bath salts.• Meyer Riegger 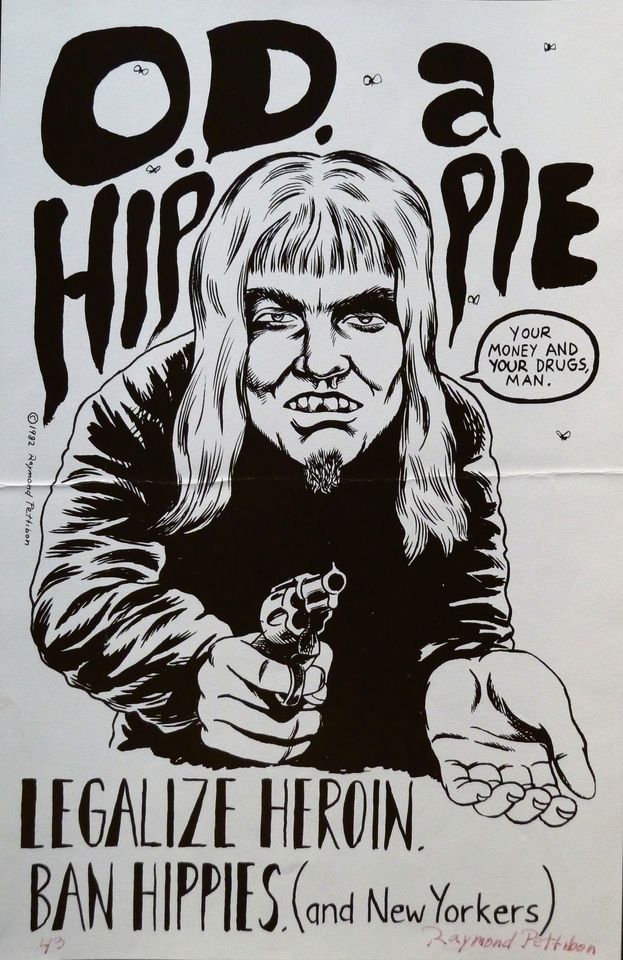 Raymond Pettibon designed the distinctive four-stripe logo for Black Flag, the hardcore punk band started by his brother Greg Ginn in 1976; the artist also briefly played bass in an earlier incarnation of the band. Pettibon produced a large amount of music-related work (the most famous is probably his design for the cover of Sonic Youth’s Goo album), including this print, channelling the anti-hippie sentiment of early punk. The number of editions is unknown, but this version is signed and numbered 43, and is on sale for €4,400.•  MFC-Michèle Didier

about 15 hours ago
Was QAnon—America's most dangerous conspiracy theory—inspired by Italian artists?