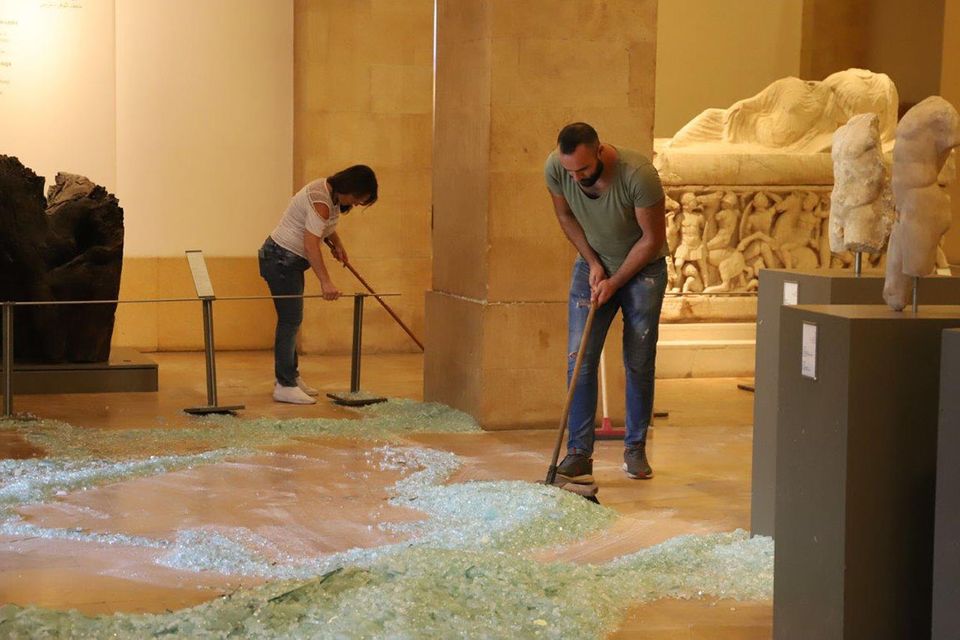 Staff members from the Musée du Louvre and Directorate General of Antiquities of Lebanon today began overseeing work on a joint rehabilitation project at the National Museum of Beirut, which was heavily damaged in this month’s explosion in the city’s port area, the International Alliance for the Protection of Heritage in Conflict Areas (Aliph) reports.

The museum is 3km south of the port, and the blast on 4 August destroyed the museum’s windows and doors and caused serious damage to the security system. At least 180 people were killed and over 6,000 wounded in the city and countless buildings were leveled.

The aim is to secure the building and the collections as quickly as possible by repairing the doors, windows and security system, Aliph says. Teams from the Louvre’s Department of Near Eastern Antiquities and Department of Architectural Heritage and Gardens are in Beirut and have been assisting the directorate general in mapping out a recovery plan. 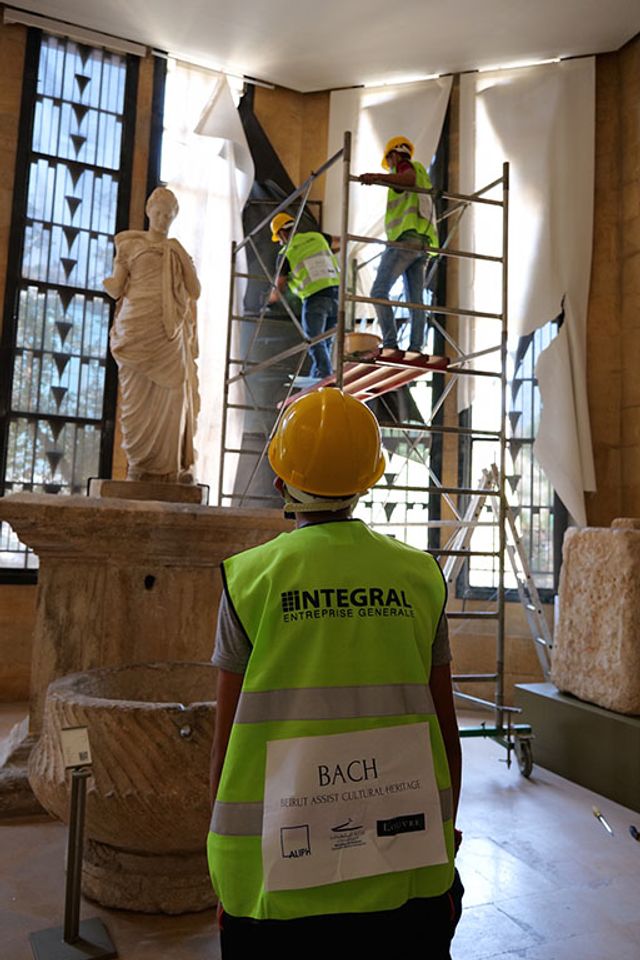 The directorate general itself suffered severe damage to its administrative offices and storage rooms. It has submitted a request for emergency aid to Aliph to repairs at its headquarters and at the museum, estimating that the work could cost nearly $1m. So far Aliph has authorised $5m in funds for the stabilisation and rehabilitation of Beirut’s heritage overall, including a $200,000 tranche for the first phase of repairs at the museum.

The National Museum of Beirut, which displays over 1,800 objects on three floors dating from prehistoric times to the Ottoman period and originally opened in 1942, has undergone significant upheaval over the years. During the civil war that began in 1975, it was damaged by bombs and occupied by fighters from various armed groups. Two phases of rehabilitation in 1997 and 2017 restored the museum’s beauty and allowed it to emerge as a symbol of national unity before this month’s explosion sent it reeling.