Jewel sold in UK for £300,000 last month has left the country—but did it have an export licence?

A dispute may be about to blow up between France and Britain over a ring that once belonged to the Medieval French heroine, Joan of Arc.

The ring sold for nearly £300,000 at the London/Harwich-based TimeLine Auctions last month, but questions have arisen over the legality of its export. If no licence was granted, the British authorities are likely to ask for it to be returned.

Gaëtan Favreau, a spokesman for the Puy du Fou theme park, which acquired the piece of jewellery, tells The Art Newspaper that “the ring is now in France”. He has “touched” the ring and says it “probably has an export licence”. Favreau says there was no attempt to hide the fact that the ring is now in France (invitations to a ceremony to unveil the ring have been issued) and that he believes the ring was there legally. 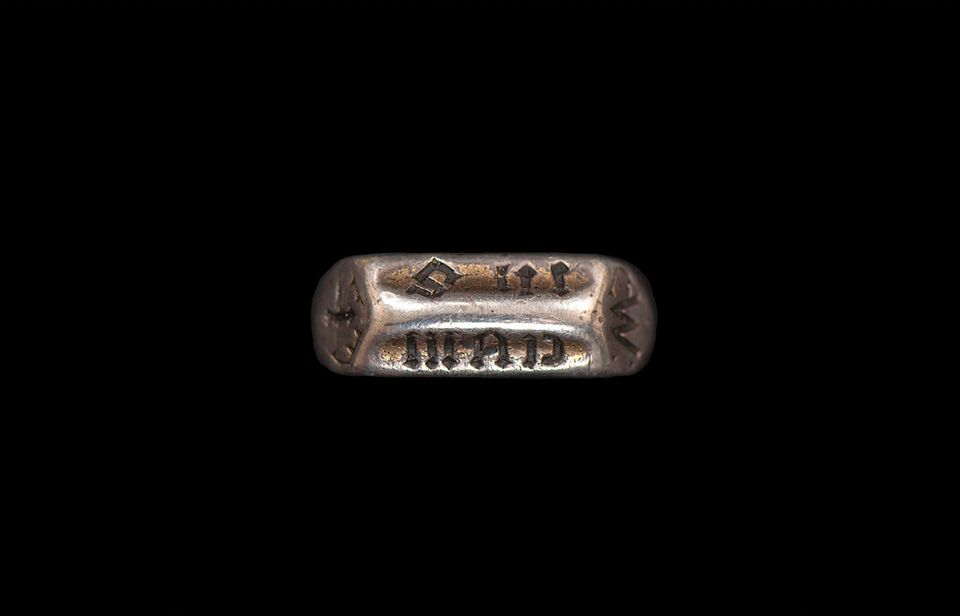 However, the official guidance states that for items which may be of national importance (including those closely connected with the UK's history) the time taken to issue a licence "will normally be 28 working days". A licence is required for antique items, such as the ring, if they are worth over £39,219 and have been in the country for at least 50 years.

The ring came up for sale at TimeLine Auctions on 26 February, with an estimate of £10,000-£14,000. Competition was fierce, and it sold for £297,600 (with buyer’s premium). The buyer was the Puy du Fou Espérance Foundation, which supports a historical theme park near Nantes, in western France. Puy du Fou attracts around 1.5 million visitors a year.

The silver-gilt ring was made in France in around 1400 and was given to Joan of Arc by her parents as a devotional object for her first communion. Joan of Arc inspired the French side in the Hundred Years’ War between England and France. At the age of 19 she was tried by a pro-English bishop and burned at the stake in 1431. The ring had been seized from her in prison and taken across the Channel as war booty.

The ring was acquired by Cardinal Henry Beaufort, who was present at the trial and execution. It then descended through the Cavendish-Bentinck family (the Dukes of Portland) and remained with them for nearly five centuries. In 1914, Lady Ottoline Morrell (née Cavendish-Bentinck) gave it to her lover, the artist Augustus John, who wore the ring for years. He later sold the ring and it then went to Frederick Oates (the keeper of the London Museum and of the King’s Armouries), James Hasson (an art historian and author of a romanticised account of the ring, The Banquet of the Immortals) and Cyril Bunt (a library employee at the Victoria and Albert Museum). Bunt’s son Robert, who lives in Essex, sold the ring at TimeLine Auctions.

This means that the ring has been in the UK for nearly 600 years, way over the 50-year-period for which an export licence is required. TimeLine’s managing director, Brett Hammond, tells us: “We handed over the ring to the buyer’s solicitors in London on 3 March. We also gave them a letter, which they signed for, advising them that the ring would need a UK export licence.” Obtaining the licence is the responsibility of the exporter, not the auction house.

If it turns out that the ring has gone to France without an export licence, the UK authorities are likely to demand its return. To export it would then mean going through the normal procedure. If an export licence was subsequently deferred, a UK buyer would have an opportunity to match the price.

A spokeswoman for Arts Council England, which oversees the export regulations, says that “the application process is confidential; however, given the age and price of the item, its export would require an individual licence”. The process of issuing licences for items of national importance normally takes a month, or longer if the item is then deferred.

The Puy du Fou head office referred us to their London solicitors for a comment on whether an export licence had been obtained. At the time of publication, our questions had gone unanswered.

The ring has the inscribed letters I, M, IHS and MAR (for Iesus and Maria). It was sold with an antique casket in the form of a reliquary. The link with Joan of Arc is widely accepted among specialists, since it so closely fits the description of a ring she spoke about during her trial.

The Puy du Fou acquisition has been welcomed by the Far Right in France. Marine le Pen, leader of the Front National, has thanked Philippe de Villiers, the founder of the theme park, for bringing it back to French soil.

A Puy du Fou statement says that their acquisition means “this symbolic ring has returned to its homeland”. A ceremony to mark the ring’s acquisition is due to be held at Puy du Fou on 20 March.

about 15 hours ago
Will the Queen return her Benin bronze? How the African treasure was looted not once, but twice