French aid will restore the stained-glass windows and Arab salon of the historic villa, which was severely damaged in port explosions last August 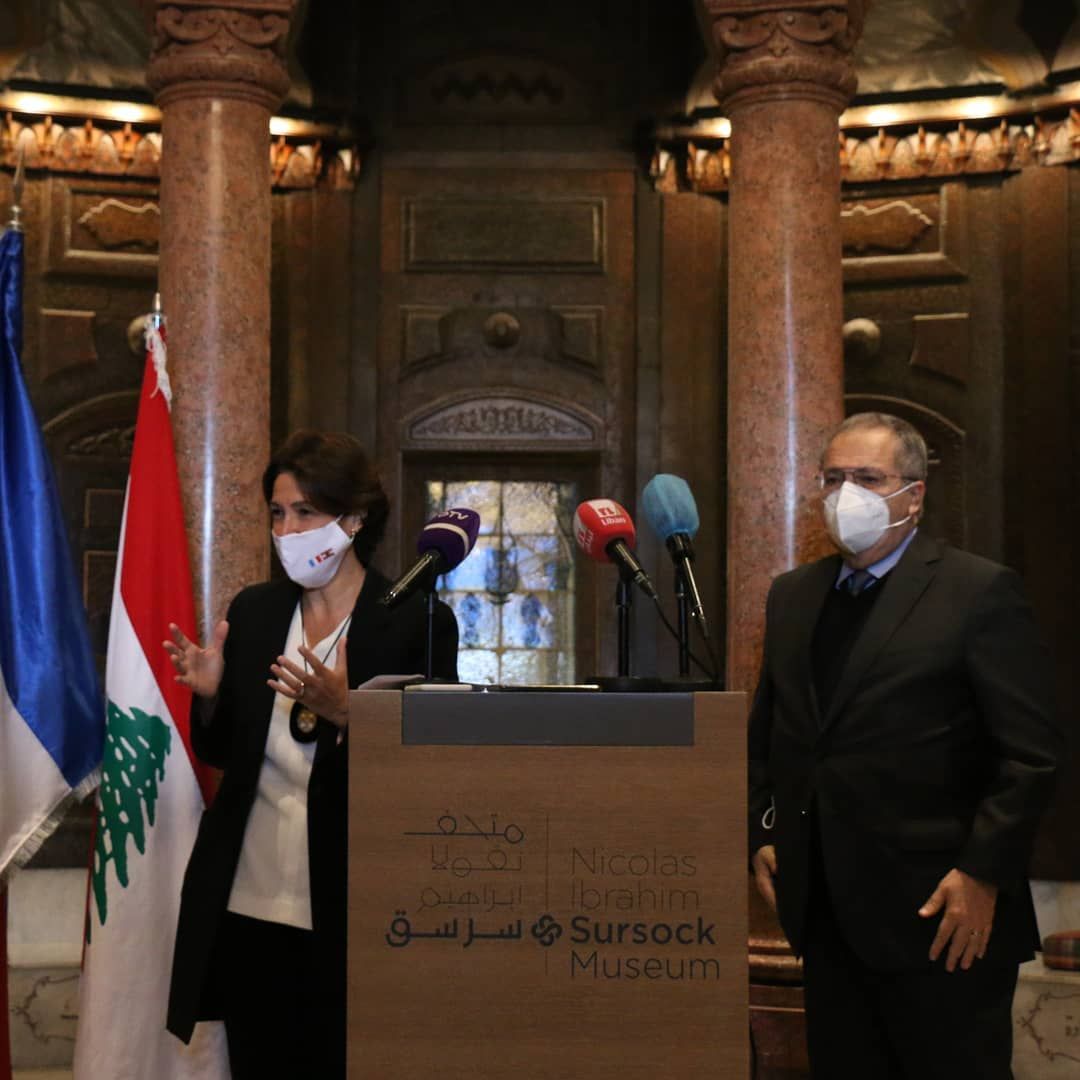 France's ambassador to Lebanon, Anne Grillo (left), has announced a grant of €500,000 from the French culture ministry to support the Sursock Museum's recovery after the Beirut explosion on 4 August 2020 Photo: Rowina Bou-Harb

France is contributing €500,000 to restore the vibrant stained-glass windows and historic first floor of Beirut’s Sursock Museum, which was badly hit in the double explosion that devastated the Lebanese capital last August.

Located 800m away from the epicentre of the blast at the port of Beirut, the Sursock Museum suffered severe structural damage. All the stained-glass windows on the 1912 villa’s façade were obliterated and the roof was damaged, leaving the museum exposed to the elements. The Venetian and Ottoman-style building—the former mansion of Lebanese collector Nicolas Sursock that became a cultural mecca in the 1960s—had only reopened in 2015 after a five-year refurbishment.

In a press conference on Friday, the French ambassador to Lebanon, Anne Grillo, announced an agreement between the museum and the French ministry of culture to finance the repair of the windows and the first-floor interior, including the wood-lined Arab salon where Sursock once greeted his guests. “Supporting heritage and culture is not a luxury. It is paying tribute to Lebanon’s past and also looking towards the future; it is giving reasons to live, reasons to hope,” she said. 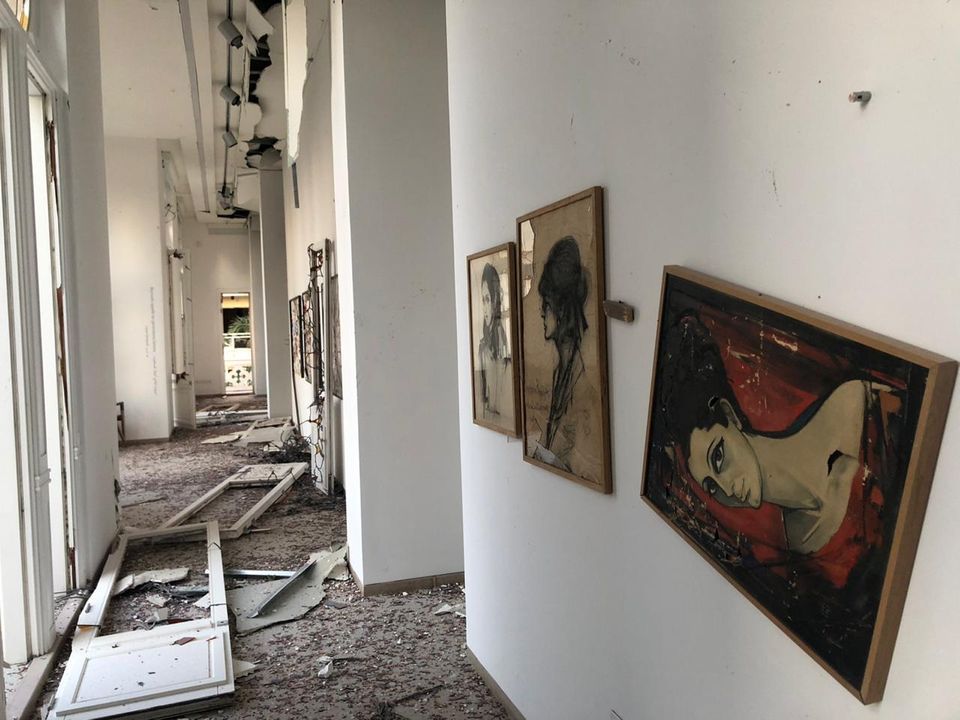 An “alliance of solidarity” has involved a network of French institutions and companies in the Sursock reconstruction efforts. The Centre Pompidou in Paris is undertaking the restoration of a torn portrait of Nicolas Sursock by Kees van Dongen—one of 57 works in the museum collection that were damaged by the explosion—while the construction multinational Saint-Gobain is donating the glass needed for the windows and other building materials.

The museum received a delivery last week of mouth-blown glass from Verrerie Saint-Just, a Saint-Gobain workshop that is the last company in France to use the traditional glassmaking method. The donated glass sheets will be used by the Lebanese stained-glass artist Maya Husseini to recreate the red, blue and yellow Sursock windows, which she had painstakingly restored in 2015. 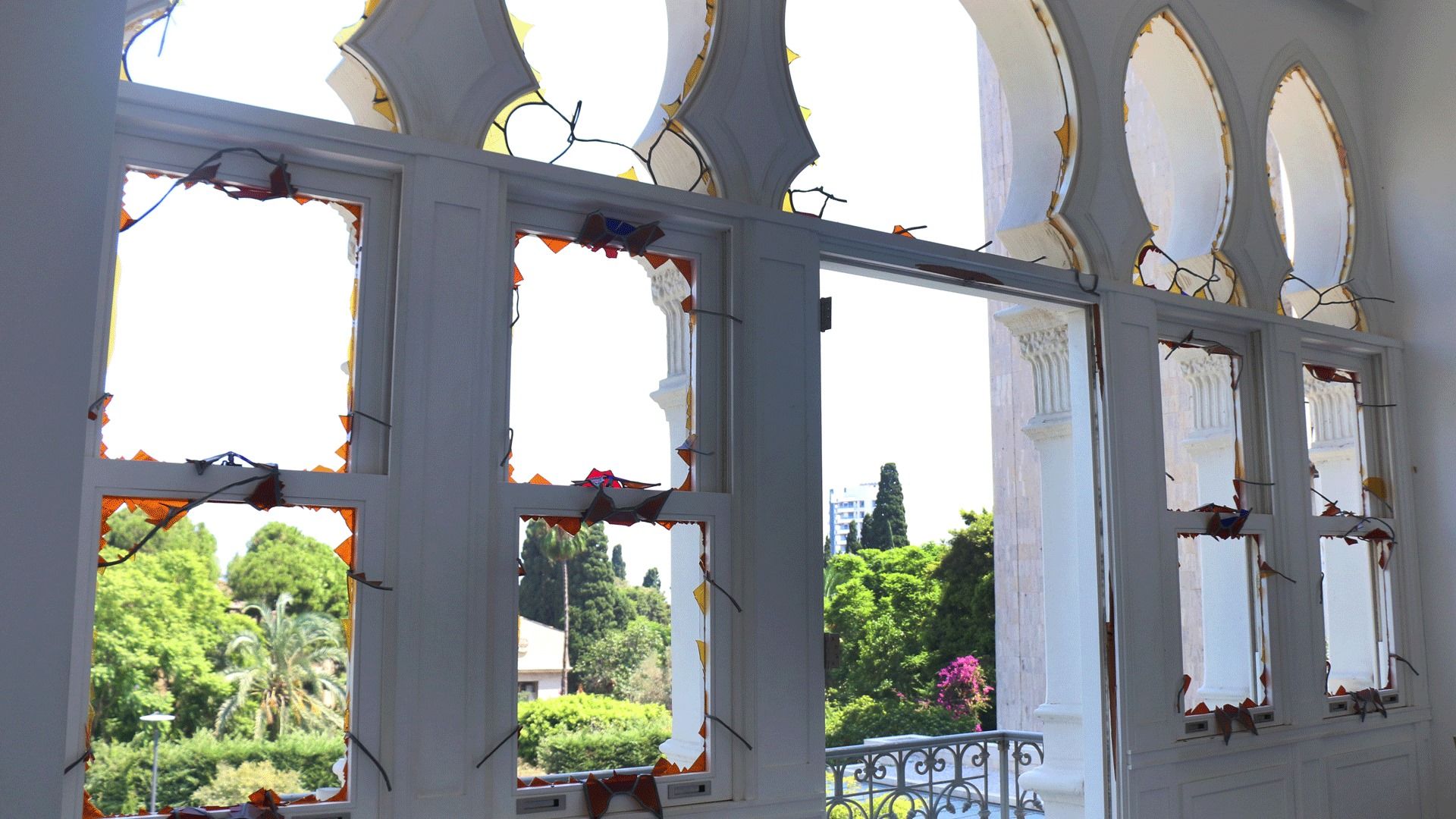 The museum's colourful stained-glass windows were obliterated last August. They will now be recreated by Lebanese artist Maya Husseini with glass donated by a French construction company Photo: Rowina Bou-Harb

The culture ministry’s aid is part of larger package of emergency support by French authorities in its former protectorate, which is mired in economic crisis and political deadlock. On Monday, the French foreign minister called on Lebanese politicians to form a government and end a seven-month impasse following the resignation of prime minister Hassan Diab in the wake of the Beirut explosion.

So far, the Sursock Museum has raised around $1.5m towards its recovery, including a $500,000 grant from the Geneva-based Aliph foundation (International Alliance for the Protection of Heritage in Conflict Areas) to stabilise and weatherproof the building. However, the full reconstruction programme is estimated to cost $3m. The Sursock director, Zeina Arida, told L’Orient-Le Jour newspaper that the museum has drawn up a provisional budget and is currently assigning construction contracts for the repairs.

Grillo also launched a 2021-22 residency programme called Nafas (meaning “breath” in Arabic), jointly funded by the French ministries of culture and foreign affairs, that will enable 100 artists and cultural professionals resident in Lebanon to live and work in France for three months. The programme, which is open for applications until 30 April, includes return travel, a living allowance of €1,000 a month and visa and insurance costs. The aim, Grillo said, is to “breathe new life into this country, its talents, its youth”.