France to return Klimt painting, which hangs in the Musée d’Orsay, to heirs of Viennese Jewish owner 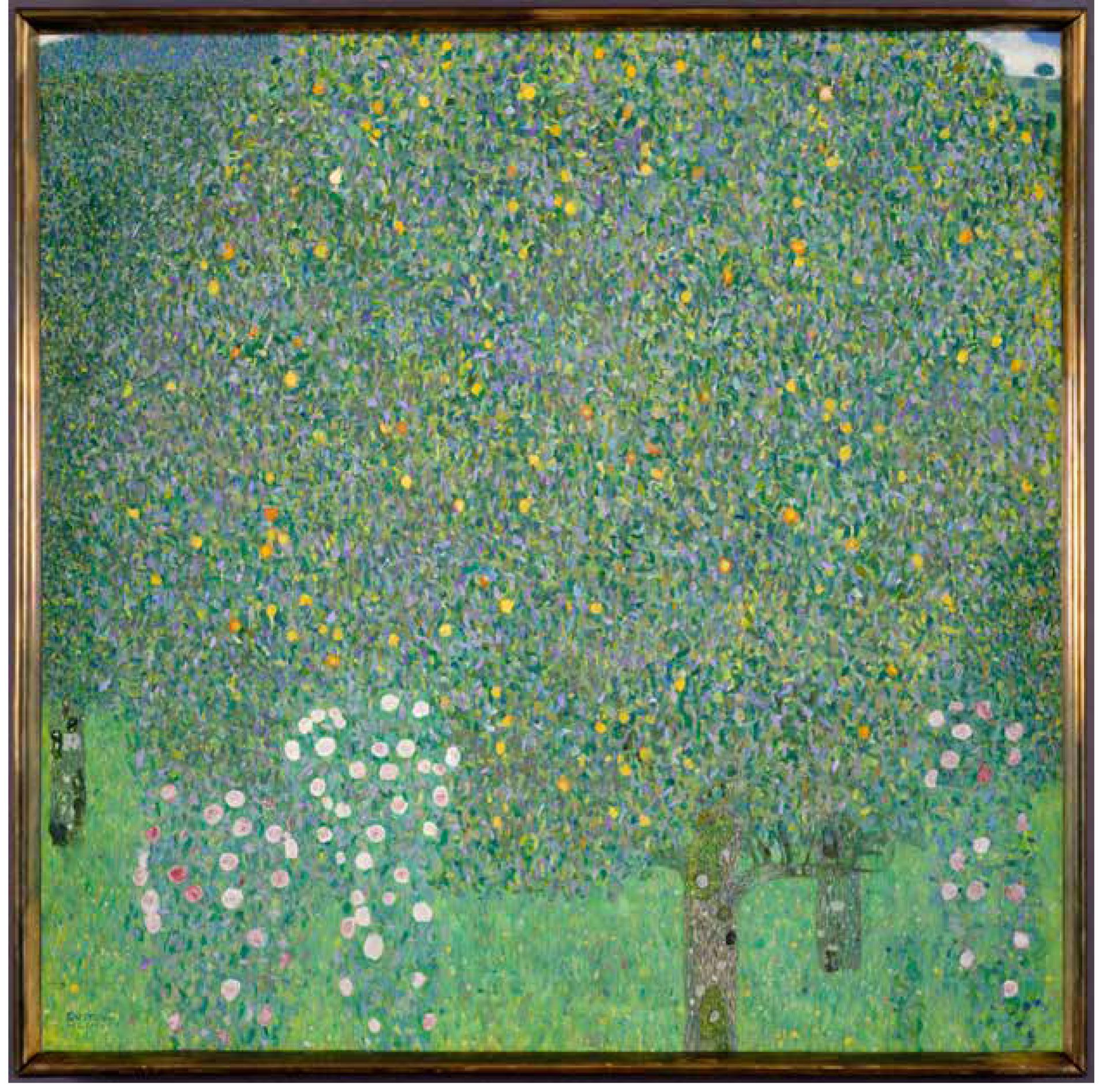 France’s culture minister Roselyne Bachelot announced today that the country will return a painting by Gustav Klimt, Rosiers sous les arbres (Roses under the Trees) (1904-05) to the heirs of its previous Viennese owner Nora Stiasny, who sold it under duress during the Nazi era. Since the work currently hangs in the Musée d’Orsay, as part of the national collection, the restitution will involve a lengthy legal process. “The French government is going to present a bill destined to authorise the release of this work from the collections,” Bachelot says, adding that this is the first time a work of art from the national collection is being restituted.

Rosiers sous les arbres, was acquired by the Jewish Austrian industrialist and collector Viktor Zuckerkandl in 1911. After Zuckerkandl and his wife Paula died, it was bequeathed to his niece, Eleonore “Nora” Stiasny. She was forced to sell it for a bargain sum in August 1938, shortly after Hitler annexed Austria to Germany, to Philipp Häusler, a professor acquaintance who was a Nazi party member. Four years later, Stiasny and her family were deported and killed by the Nazis.

The French state acquired the painting for the future Musée d’Orsay in 1980 from Galerie Peter Nathan in Zurich; it had been owned by Herta Blümel, Häusler’s companion, who had inherited it from him. At the time, the French state was ignorant of the painting’s provenance.

Two Austrian researchers, Monika Mayer from the Belvedere Museum in Vienna and Ruth Pleyer, discovered Blümel’s identity in 2016 while digging into the painting’s provenance after archived documentation about how Häusler obtained the work became accessible at the end of the 1990s. The rightful owners lodged a claim for the painting through their lawyer, Alfred Noll, in 2019.

“Reconstructing the path of this artwork, up until its acquisition for the prefiguration of the Musée d’Orsay, has been particularly arduous due to the destruction of most of the evidence and the erosion of family memory,” Bachelot says.

The restitution move is part of the French culture ministry’s broader mission since 2019 to identify works seized from the Jews by the Nazis that have since entered its institutions: “It is necessary to identify goods that could have been seized due to anti-Semitic persecutions before their entrance into the collections.” The task is “long and difficult”.

Laurence des Cars, president of the Musée d’Orsay, says: “Removing such an important painting from the national collections is a heavy decision, which honours our collective commitment to the memory of the victims of Nazi barbarism.”