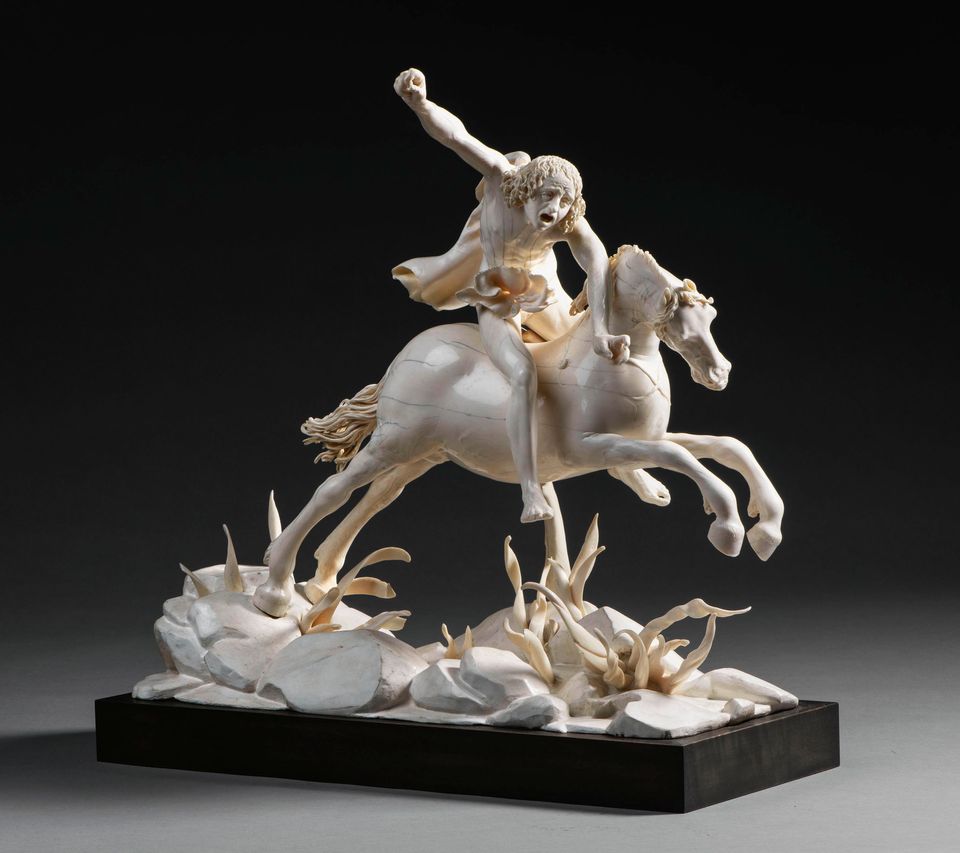 The Liebieghaus sculpture museum in Frankfurt has acquired more than 200 ivory works from a 94-year-old collector, Reiner Winkler, in what museum officials say is the largest addition to the collection in its history.

Winkler’s private collection, assembled over decades, focuses on ivory sculptures from the 17th and 18th centuries and includes masterpieces by Johann Caspar Schenck, Balthasar Griessmann and Matthias Steinl. One of its most important pieces, Fury on a Leaping Horse, dates from 1610.

The collection was partially purchased with funding from the Ernst von Siemens art foundation, the Städel Museum, the States Culture Foundation and the Hesse Culture Foundation, and was partially a gift from the collector, who lives in nearby Wiesbaden. More than 190 pieces from the collection will be showcased from March 27 at the Liebieghaus in an exhibition called White Wedding. The show will present medieval, Baroque and Rococo ivory sculptures.

“Reiner Winkler’s collection is not only the most important private collection of ivory sculpture in the world, it is also unique in terms of its special art-historical significance,” says Philipp Demandt, the director of the Liebieghaus and the Städel Museum. He says the acquisition is “a chance to considerably raise the Liebieghaus’s international significance and profile.”

Winkler began acquiring sculpture in various materials in 1962, and after a few years, started to focus exclusively on ivory. His collection mainly encompasses European works, among them statuettes, ensembles of figurines, reliefs, medallions, tankards and dishes. He has previously loaned works to the Liebieghaus and his intention to find a home for his ivory there dates from the 1990s.